LaMarcus Tinker will join Michele, Chris Colfer and other cast of the drama musical series in season 3 as the love interest for Amber Riley's character.

AceShowbiz - "Glee" kids have been back in school for the production of season 3. On Wednesday, August 10, Lea Michele tweeted a picture of herself as Rachel Berry on the set, wearing a blue and pink plaid mini-dress paired with knee-high socks. "#berryisback," she wrote on the photo's caption.

Teasing about a scene she was filming with Chris Colfer, she added, "awesome scene in Emma's office." Later in the afternoon, she updated her status with a message that read, "Finished filming for the day! Now back in the recording studio. Singing some BROADWAY! You know I'm happy."

In another "Glee" news, the production team have found a new man for Mercedes. LaMarcus Tinker, who previously portrayed Dallas on "Friday Night Lights", has been cast as Marcus, a massive lineman for the McKinley Titans and a love interest for Amber Riley's alter ego.

The new character, previously referred to as "Bubba", is likely dating Mercedes after she is left by Sam as the consequence of Chord Overstreet's departure. Executive producer Brad Falchuk has described Marcus as the "Big Bubba kind of guy" who "encourages her [Mercedes] to want more for herself." 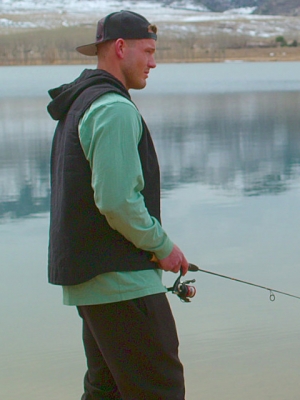