With the exception of The Situation and Deena, the whole gang showed up on the balcony of The Grove for a segment with Mario Lopez.

AceShowbiz - Having wrapped up the filming of season 3, "Jersey Shore" cast are out and about to do some promotional appearances including doing an interview with Mario Lopez for "Extra". Snooki, Sammi, Ronnie, Vinny, DJ Pauly D and JWoww were all present at The Grove on Tuesday, September 14. The Situation and new castmember Deena were not seen participating.

The gang was fresh from making an appearance at MTV Video Music Awards on Sunday. A brand new episode was aired just before the awards' pre-show and white carpet arrival. The second season is wrapping up on October 21 but there will be a reunion episode airing the next week. Another special episode which has behind the scene footage will also be aired on a later date.

Meanwhile, the third season will debut next year with the set brought back to Jersey Shore. "We just finished [season three], and we're good law-abiding citizens," Vinny told MTV about the new chapter. "Some people break laws, but it's on camera, so everything that happens, you guys see. But we're the same kind of human beings as anybody."

Ronnie added, "The best things you liked about us in season one, the authenticity of us being home, it's right back at you in season three. You'll just have to watch to find out." 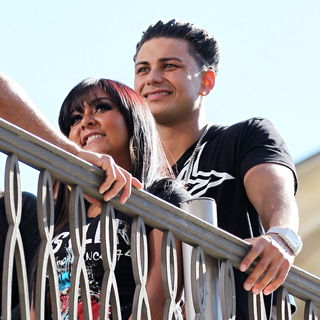 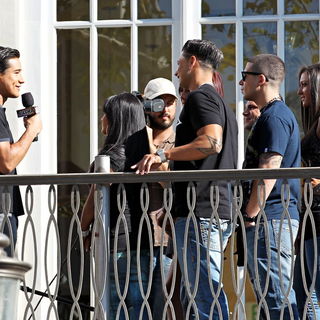 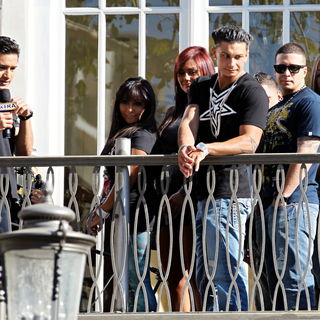