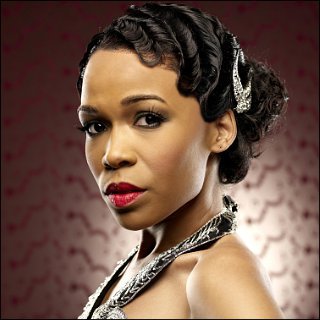 She was born Tenitra Michelle Williams on July 23, 1980 in Rockford, Illinois. Raised in a Christian family, Michelle developed a close bond to her faith as a child and decided to join the church choir, a career starter that she never thought would bring her a big promise. With her sister, she also joined a musical group called United Harmony and by her high school years, Michelle has channeled her artistic qualities by involving herself in her school's Creative and Performing Arts extracurricular. Surprisingly, she went to study criminal justice in Illinois State of University but after two years, her calling as a singer came back in the form of an offer as Monica's backing singer. Michelle, full with ambition, abandoned her study and pursued her passion.

Exposed to the real world of entertainment, Michelle earned affiliates that brought her name to the ears of Beyonce Knowles. Destiny's Child, the all-girl group formed by Beyonce was on the peak of their career but sadly internal rift came as an obstruction that potentially jeopardize the group's fate. Thus Michelle got a call and eventually joined Beyonce and Kelly Rowland, to form a quartet together with Farrah Franklin in December 1999. They appeared for the first time together on the video of "Say My Name" that was shot in rush in January 2000, an action that later created a lawsuit with the two former members of the band, LeToya Luckett and LaTavia Roberson. Despite their status as newbie in the group, Michelle and Farrah appealed to the band's fans but unfortunately Farrah felt that the vibe in the group had become increasingly negative so she left after five months.

The remaining three continued as a trio, recording the album "Independent Women, Pt. 1" which became a boom in the market with the success of singles like "Jumpin' Jumpin'" and "Survivor". The latter in particular, won a Grammy for Best R'n'B Song. After that they recorded a seasonal album called "8 Days of Christmas" in 2001 before moving on with solo projects. Michelle was the first to spawn an album outside Destiny's. Her gospel album "Heart to Yours" was released in 2002, and peaked at number one on the Billboard Gospel charts with nearly 20,000 copies sold in one week, becoming 2002's biggest selling album of the that genre in the U.S.

Michelle then branched out to the stage world, taking part in musical "Aida" in 2003. Receiving rave reviews from the stint, she also rooted on her solo career as a singer. Another album called "Do You Know" was put out but sadly to a mild reception. In the meantime, arrangement was made for Destiny's to reunite. They recorded an album titled "Destiny's Fulfilled" and put it on shelves in November 2004. It debuted at #2 on Billboard Hot 200, fronted by the infectious hit "Lose My Breath". In support of the album, they went on a world tour but announced a split in a concert held in Barcelona, Spain. Greatest Hits was released soon after in October 2005. As a Destiny's Child, Michelle recorded one last song "Stand Up for Love" before moving on with her solo career.

Taking a break from studio work, she engaged herself in acting stints. She joined UPN comedy "Half& Half" as Naomi Dawson, participated in "Celebrity Duets" reality show and back on stage for "The Color Purple". Her calling for another album came announced in early 2008 when she said that a third solo album was on the way. "Unexpected" was released on October 7, 2008.