Evanescence is a nu-metal band from Little Rock, Arkansas. The band was formed in 1994 by frontman Amy Lee and guitarist Ben Moody. Ben was later replaced by Terry Balsamo, the guitarist of an alternative metal band, Cold. The rest of the members were bassist William Boyd, drummer Rock Gray, and guitarist John LeCompt.

Evanescence was formerly considered as Christian band. The label was given because they sent Christian message through their lyrics. During 2000s, many people said that Evanescence was goth rock band, but the band itself refused to be categorized in any label. Before choosing Evanescence, the band went by several short-lived names, including "Striken" and "Childish Intentions."

The band's name might be defined as a 'sudden vanishing', but Evanescence shone more than ever since the release of their debut single "Bring Me to Life" in 2003. The single, which was originally a piano ballad, became a hit by breaking top 5 on Billboard Hot 100. It was later featured in Ben Affleck's "Daredevil" (2003).

The Amy Lee-fronted band followed the success by climbing the top 3 on Billboard Hot 200 with their 2003 album "Fallen". In addition to breaking the charts, they were nominated for Album of the Year in the 2004 Grammy Awards. The band lost the category, but received a Best New Artist trophy instead.

Post the Fallen Tour, the band entered a slow mode whereby no record was coming out within 3 years. The band hit the bottom when bassist Boyd revealed that he wanted to stay at home with his family and therefore announced his departure in mid 2006. The band later found replacement in Tim McCord from Revolution Smile.

With the new formation, they formulated a sophomore set titled "The Open Door" in 2006. It could be their already high reputation or simply the fans' trust and loyalty that made the album enter Billboard 200 chart at #1 in the first week sale by moving 447,000 copies and sold over 4 million units worldwide later on. They had two world tours for this album alone.

Still in the midst of the second album's promotion, the band announced another band reformation. LeCompt and Gray bid their goodbye to the band. Though not showing any clash, both of them spoke up about Amy's management that stood against them. The first statement released by LeCompt on May 4 revealed that he was fired from the band without given any time to defend the situation.

He said, "I'm done and I'm pretty upset about it. Amy called and fired me today. There's absolutely no loyalty in this band." He continued by writing on his blog that Amy gave him no chance for negotiations or even early warning. "Our common goal was always the same. To make Evanescence the best rock band it could ever be," he said.

"I have always given blood, sweat and tears to make that happen but apparently that is not enough. I have now become just another of the people fallen by the wayside on the revolving door of her life. It's funny how many of us there are now. I guess it's good for lyrical content, though. Maybe I will be among the blessed to have a song written about me, too. Maybe the song will be 'Call Me When You're Broke'."

A couple of days later, Gray opened up that he was banned by the same management from publicizing any statement regarding his departure. Gray wrote, "Amy Lee's management emailed me last night to tell me that, in their view, the contract I signed to record, perform and tour with the group says I'm not allowed to have any free speech in regard to Evanescence. They way they spin it, I'm not even allowed to say I quit the group, I guess."

Amy's party was quick to offer their side of story. They clarified, "Evanescence is alive and well. John and Rocky were in Evanescence for four years and we shared some great times together playing live, but they were ready to move on and so we have parted ways. Evanescence is something I have loved and nurtured since I was fourteen, and I will continue to protect and fight for it as I always have."

Amy then quickly hunted for the new members which she found from alt-metal band Dark New Day. Citing that it was her favorite band, Amy pulled drummer Will Hunt and guitarist Troy McLawhorn to support Evanescence in 2007 summer tour for the band's third album and second chart topper "The Open Door".

Once the gig was completed, they went on a hiatus again. Five years later, they came back with a self-titled album "Evanescence". Talking about the absent from the spotlight, Amy confessed, "I had a little bit of an identity crisis. [The success with] 'Fallen' happened really fast, and it was just go, go, go for a couple years, and we went right into writing and wrote the next record. By the time we finished touring with 'The Open Door', I just needed to go, 'Who am I as an adult?' "

Amy and her friends made a triumphant comeback by debuting at No. 1 on the U.S. album chart with the eponymous album which sold a total of 127,000 copies in its opening week. "What can I say, we're thrilled about it!" she gushed. "We made an album that we're really proud of and now we get to watch it fly. We weren't expecting this and we're just so grateful to our fans." 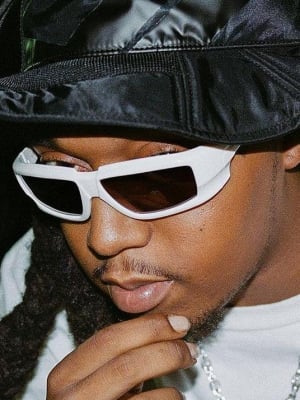