The 'Titanic' actress echoes director Nancy Meyers' remarks as she shuts down internet chatters suggesting that a sequel to her 2006 Christmas movie is in development.

AceShowbiz - Kate Winslet says she has "never" been approached for "The Holiday 2". The 47-year-old actress - who starred in the 2006 festive favourite alongside Cameron Diaz, Jude Law, and Jack Black - has reacted to reports claiming a sequel is in development with the quartet poised to reprise their roles.

"I read something about that, but it's the first I've heard of it," Kate told PEOPLE magazine."I promise you not an agent or a representative or anyone from the first one around has had any conversation with me about that. Hand on heart, that's never come up."

Nancy Meyers - who wrote and directed the original movie - has also moved to shut down rumours a sequel is going into production in 2023. She wrote on Instagram, "So many DM's about this - sorry but it's not true."

A source had said this week, "The plan is to start rolling on scenes next year, primarily in the UK and in Europe, but the main talent are all signed up and on board. It's one of the most successful movies of its kind and still enjoyed every year by millions of fans around the world - it makes perfect sense to revisit these characters and find out what became of their lives after they hooked up."

The original film saw Winslet's character Iris Simpkins swap her home in Britain with that of Diaz's Amanda Woods in Los Angeles as the pair want to escape heartbreak during the Christmas season.

"The Holiday" proved to be a success at the box office and has gone on to become staple seasonal viewing. Meanwhile, Jack Black once forgot that he starred in the festive blockbuster when he was asked to name his favourite festive feature.

The 53-year-old star said, "My favourite holiday film - it's got to be 'Elf'. Jon Favreau and Will Ferrell just knock it out of the park." When reminded that he has starred in a seasonal flick, Jack needed some prompting to remember. He said, "Do I have a Christmas movie? Which one is mine? Oh, 'The Holiday'! Obviously, 'The Holiday'! Nancy Meyers - genius." 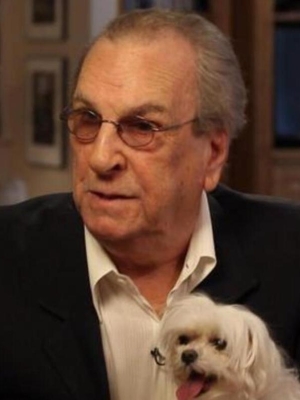