One Christmas Eve, a long time ago, a small baby crawled into Santa's bag of toys during a stop at an orphanage. Undetected by Santa, the child was accidentally whisked back to the North Pole.

Once discovered, the boy was quickly taken under the wing of Santa's most trusted helper and raised as an elf. But when he grew three sizes larger than everyone else in Santa's workshop, it became clear that Buddy (Will Ferrell) would never truly fit into the elf world.

So Buddy decided to set off for New York City, in search of his roots and his real father.

But Buddy soon learns life in the big city is not all ice skating and sugarplums.

He seeks out his real father, Walter (James Caan), a workaholic publisher of children's books with a place on Santa's "naughty" list. Walter doesn't believe Buddy is who or what he says he is; the only thing Walter believes in with any certainty is the bottom line.

Buddy also discovers a new mom (Mary Steenburgen), and learns he has a 10-years-old-half-brother (Daniel Tay) who doesn't believe in Christmas or elves or Santa.

In fact, everyone in New York seems to have forgotten the true meaning of Christmas.

With the holiday season fast approaching, Buddy takes it upon himself to win over his family, realize his destiny and, ultimately, save Christmas for New York and the world. 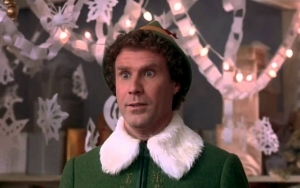 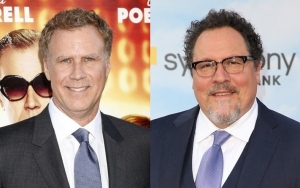 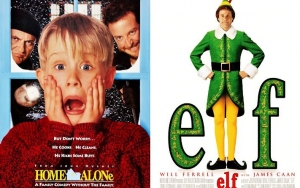