The 'Guardians of the Galaxy' actor inisists it shouldn't just be women speaking out about the U.S. Supreme Court's decision to overturn Roe v. Wade that allows abortion to be banned or restricted in several states.

AceShowbiz - Dave Bautista has called for men to be "louder about the rights of women." Insisting it shouldn't just be women speaking out about the U.S. Supreme Court's decision to overturn Roe v. Wade that allows abortion to be banned or restricted in several states, the former WWE champion shared his thought that guys should do more to make sure females are not marginalized.

When asked how important he thinks it is for "men who look like [him] get a lot louder for women, the "Guardians of the Galaxy" star said, "I don't think it has anything to do with men who look like me. Every f**king man needs to be louder about the rights of women. [They should be] speaking out. Be f***ing loud."

Bautista then took an apparent swipe at fellow wrestlers-turned-actors John Cena and Dwayne "The Rock" Johnson on their silence on the subject. Asked if he felt they should speak out, he said, "I can't speak for them, but obviously they're not super outspoken when it comes to things that might make them look... bad."

In September 2021, Texas passed a law which effectively banned abortion after six weeks of pregnancy. It led to Bautista sharing his objection to the ruling. Along with a photo of himself wearing a shirt reading "Her body, her choice", he tweeted at the time, "There are very few things in this world that I'm not open to discussion about. This is one of them. If you disagree, I don't give AF." 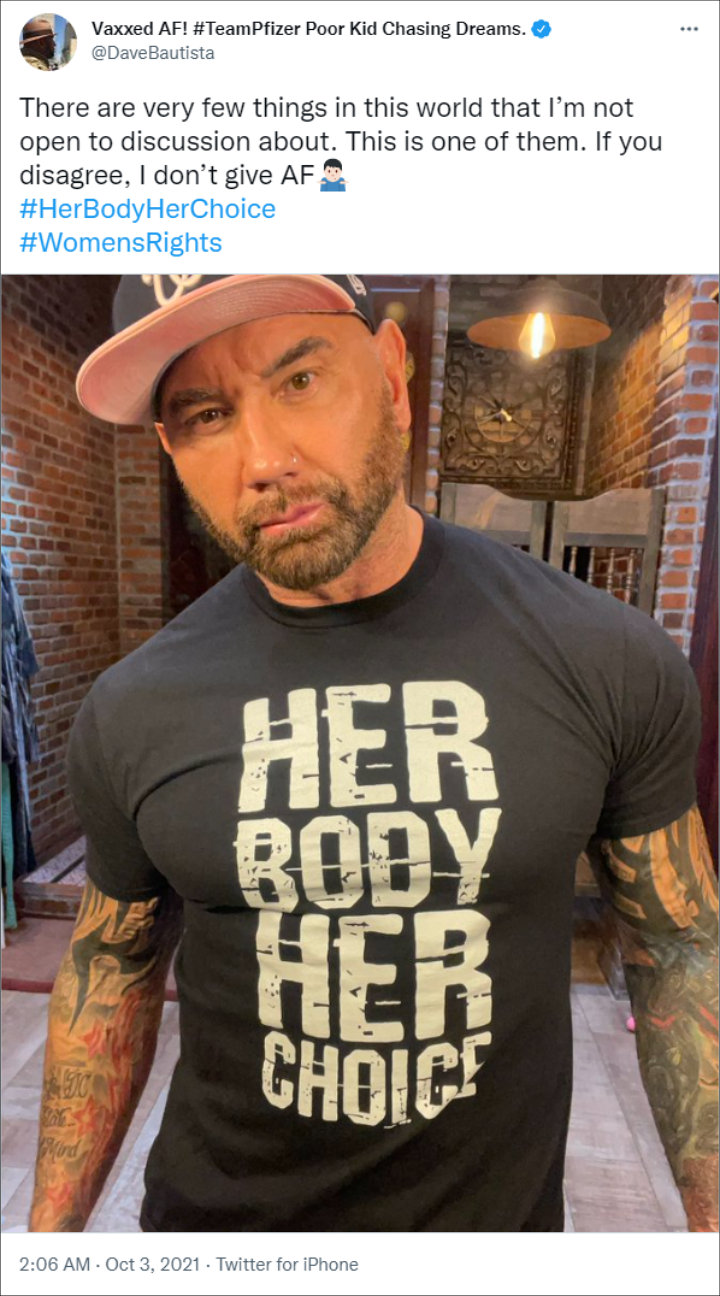 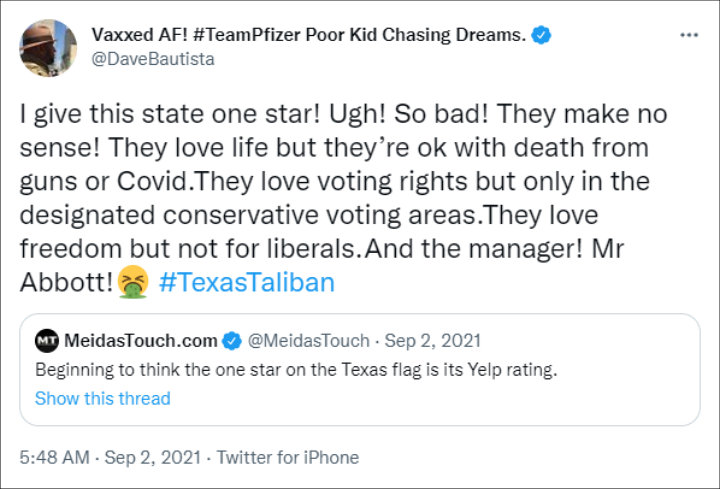 Bautista also criticized the entire state of Texas and its governor, Gregg Abbott. He posted, "I give this state one star! Ugh! So bad! They make no sense! They love life but they're ok with death from guns or COVID.They love voting rights but only in the designated conservative voting areas.They love freedom but not for liberals.And the manager! Mr Abbott! #TexasTaliban (sic)"