During an ongoing embezzlement trial, Tim Leissner reveals he posed as his then-wife Judy Chan in the emails to turn down the model's invite to join them on family vacations.

AceShowbiz - New shocking details of the secret life of Kimora Lee Simmons' estranged husband Tim Leissner have been exposed in court. As the embezzlement trial of his former co-worker Roger Ng continues, it's revealed that he sent fake emails for years while posing as his ex-wife Judy Chan.

While testifying on Tuesday, March 8, Tim admitted that he pretended to be his then-wife Judy in emails sent to Kimora as well as Malaysian financier Jho Low. He said that he initially used the fake email account to convince the model a.k.a. his future wife that his marriage to Judy was over, while in fact they were still legally married.

Tim acknowledged he used the alias to repeatedly deny Kimora's request that Judy accompany them on family vacations to Paris, a Caribbean Island and other locations. At one point, he told the model, while posing as Judy, that she couldn't attend a trip because she and her children were hurt in a car crash.

Tim is the prosecution's star witness in the case against Roger, who faces federal charges over his alleged role in Malaysia's 1MDB corruption scandal. Roger's attorney used the fake emails to helped prove that Tim was a "rare cunning liar" whose testimony should not be trusted.

When Roger's attorney asked whether the emails revealed "an entire life you completely falsified because you made the whole thing up?" Tim replied, "The correspondence, yes. But an entire life may be too far."

Previously, during a trial in February, Tim admitted to faking his divorce not just once, but twice from two different women. "I photoshopped the divorce document," he stated in court. The former banker also revealed his then-wife Judy was upset when she found out about his marriage to Kimora. Tim admitted that he also falsified a divorce document before marrying Judy.

Kimora recently denied the allegations by Roger's lawyers that she helped Tim hide tens of millions of dollars that was stolen in the $4.5 billion 1MDB embezzlement scheme. "The allegations made by Mr. Ng's counsel against Kimora are patently false and we look forward to a successful conclusion in court," her attorney told The Post earlier this month.

Full Face of Lizzo's Mystery Boyfriend May Have Been Revealed 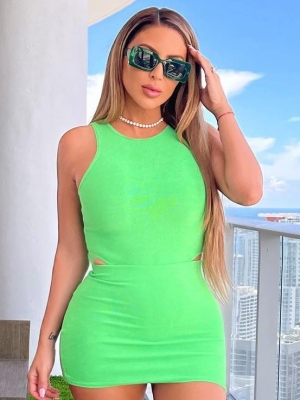