Her co-stars are allegedly 'so relieved' that she's being axed from the show as 'nobody wanted to film with her or be associated with her after the social media drama.'

AceShowbiz - Jennie Nguyen has been removed from "The Real Housewives of Salt Lake City". The network announced her firing on its social media accounts on Tuesday, January 25 in addition to addressing Jennie's controversial racially-insensitive posts on her Facebook page back in 2020.

"Bravo has ceased filming with Jennie Nguyen and she will no longer be a cast member of The Real Housewives of Salt Lake City," so Bravo wrote in a statement. "We recognize we failed to take appropriate action once her offensive social media posts were brought to our attention."

Concluding the statement, the network added, "Moving forward, we will work to improve our processes to ensure we make better informed and more thoughtful casting decisions." In the caption of its Instagram post, it wrote, "Thank you for doing what is right!"

Some Internet users applauded Bravo for the decision. Some others, meanwhile, urged the network to do the same with "The Real Housewives of New York City" star Ramona Singer, who allegedly made racist comments on co-star Eboni K. Williams.

A source previously claimed that Ramona said, "This is why we shouldn't have black people on the show," after Luann de Lesseps kicked Eboni out of her home in an episode. The True Faith Jewelry owner, however, denied the claims, saying back in November, "I never said that. It's a terrible lie. It's very disappointing that even after my name was cleared that people still want to slander me."

As for Jennie, the Vietnamese-American TV personality landed in hot water after some of her Facebook posts from 2020 resurfaced online. The posts saw her criticizing Black Live Movement following George Floyd's death with phrases including "BLM Thugs" and "Violent Gangs." Her posts allegedly also included words of "blacks" as well as a post of theory, which has been debunked, that George assaulted a student in Spain.

Amid the backlash, Jennie issued an apology on her Instagram page. "I want to acknowledge and apologize for my deleted Facebook posts from 2020 that resurfaced today," Jennie began her statement on Wednesday, January 19. "At the time, I thought I was speaking out against violence, but I have since learned how offensive and hurtful my words were."

She went on to note that it was the reason "why I deactivated that account more than a year ago and why I continue to try to learn about perspectives different from my own." The mom of three added, "I regret those posts and am sincerely sorry for the pain they caused."

Her co-stars allegedly were "so relieved" now that she's fired. "Everyone is so relieved that Jennie was fired," an insider close to production told Page Six. "Absolutely nobody wanted to film with her or be associated with her after the social media drama. The entire cast is excited to see her go."

Alicia Witt Clears Up 'Misconceptions' About Parents' Sudden Deaths: They're Not Penniless 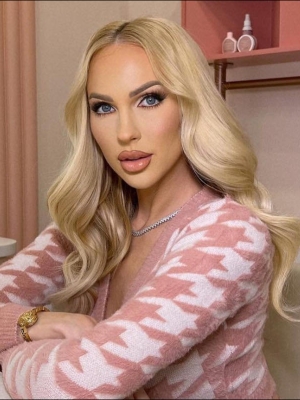