The 'MONTERO' rapper, who collaborated with MSCHF Product Studio for the controversial shoes, responds to the lawsuit by Nike with 'SpongeBob SquarePants' memes.

AceShowbiz - Lil Nas X has responded after Nike launched a lawsuit against a company which worked with the rapper for his "Satan Shoes". Instead of dreading the forthcoming legal battle, the Grammy-winning artist is keeping the mood light.

The 21-year-old artist took to his Twitter page on Monday, March 29 to share his reaction after learning of the lawsuit. He dropped a couple of funny memes featuring "SpongeBob SquarePants" character Squidward. 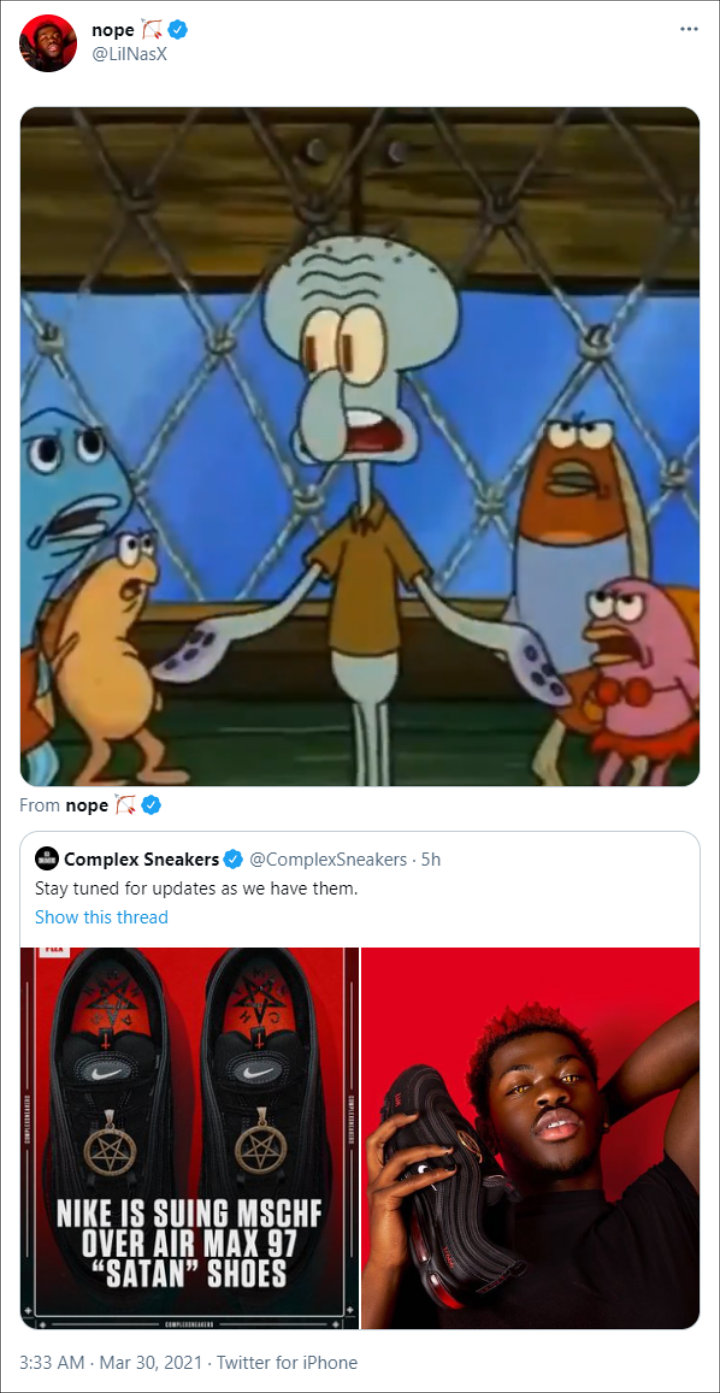 In one of the clips, Squidward appeared to defend himself in front of his fellow Bikini Bottom residents. "I was just kidding. Come on, come on," he insisted. "You guys know I was just kidding." Another meme features the character looking miserable while sitting inside a box seemingly on the street. "Spare change, mam," he said to passerby. 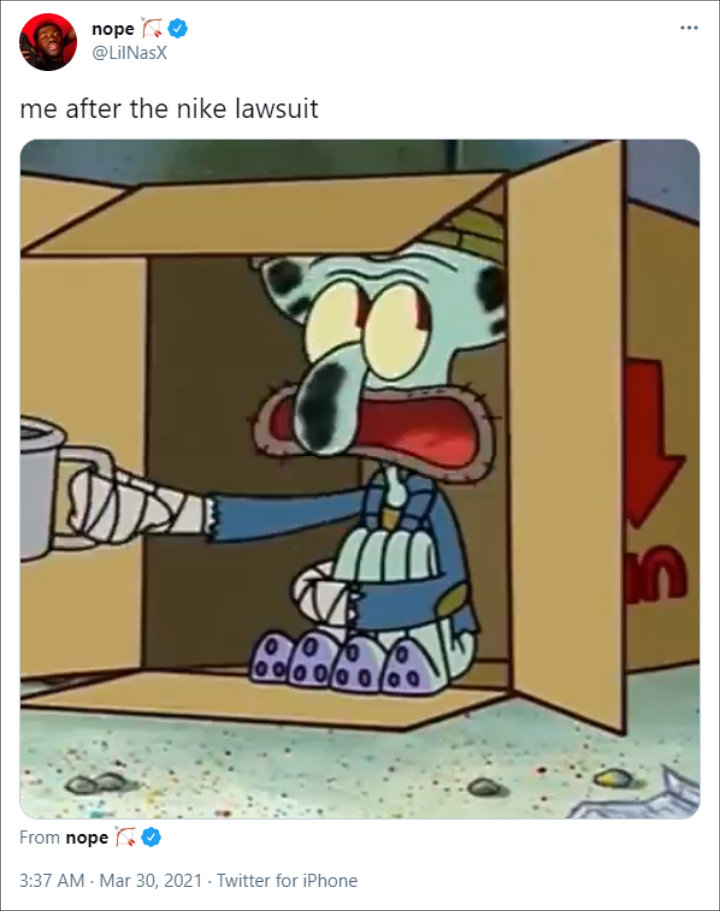 The rapper responded to the lawsuit with 'SpongeBob SquarePants' meme.
See also...

Lil Nas obviously has less to worry than MSCHF Product Studio as he's not named in the lawsuit by Nike. The shoe giant is suing the company that collaborated with the "MONTERO (Call Me By Your Name)" spitter for "Satan Shoes" for trademark infringement.

Nike has denied any involvement with the controversial shoes and claimed it "is in no way connected with this project." It claims the company is tricking consumers into thinking it approved the Satan-themed shoes by using its logo on the shoes.

Nike says MSCHF did buy the shoes from Nike, but the artists it works with make their own creative modifications before selling them at a higher price. Nike is suing the company because its logo is still prominently featured on the shoes.

The "Satan Shoes" drew public ire after it's revealed that the midsole has a drop of blood inside of it and there are various references to the devil. The shoes, which are also marketed as Nike Air Max '97, are sold for $1,018 for each pair and only 666 pairs are available.

In an interview with Complex, the shoe's creator Daniel Greenberg has revealed whose blood was used for the shoes. "Myself and some of my co-workers," he said.