The rapper's 'Montero'-inspired satan sneakers are alleged to be containing '66 cc ink and 1 drop of human blood' and only 666 pairs of them will be made available.

AceShowbiz - Lil Nas X is not here for Candace Owens' unnecessary comments. Having found his satan shoes being publicly criticized by the conservative author, the "Montero (Call Me By Your Name)" singer took to social media to hit her with a perfect clapback.

The 21-year-old rapper slammed the right-wing political activist via Twitter on Sunday, March 28. Retweeting her post, he simply pointed out, "you know you did something right when she talks about it."

It was Nas X's reaction to Owens' tweet that read, "We've turned George Floyd, a criminal drug addict, into an icon. We are promoting Satan shoes to wear on our feet. We've got Cardi B named as woman of the year. But we're convinced it's white supremacy that's keeping black America behind." She then argued, "How stupid can we be?" 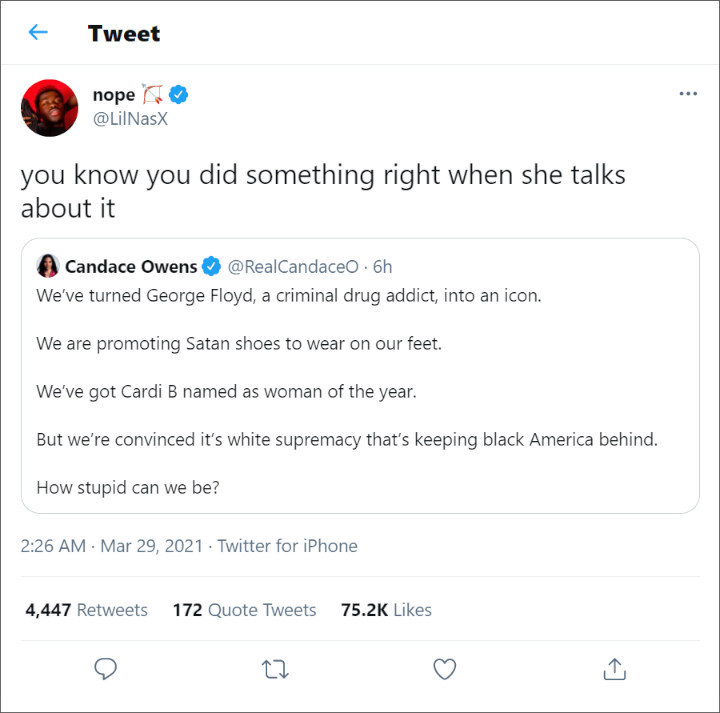 Lil Nas X fires back at Candace Owens who criticized his satan shoes.

Aside from Owens, the "Old Town Road" hitmaker received criticism from Governor of South Dakota, Kristi Noem. She stated, "Our kids are being told that this kind of product is, not only okay, it's 'exclusive.' But do you know what's more exclusive? Their God-given eternal soul."

Kristi added, "We are in a fight for the soul of our nation. We need to fight hard. And we need to fight smart. We have to win." In response to her statement, Nas X fired back, "ur a whole governor and u on here tweeting about some damn shoes. do ur job!" 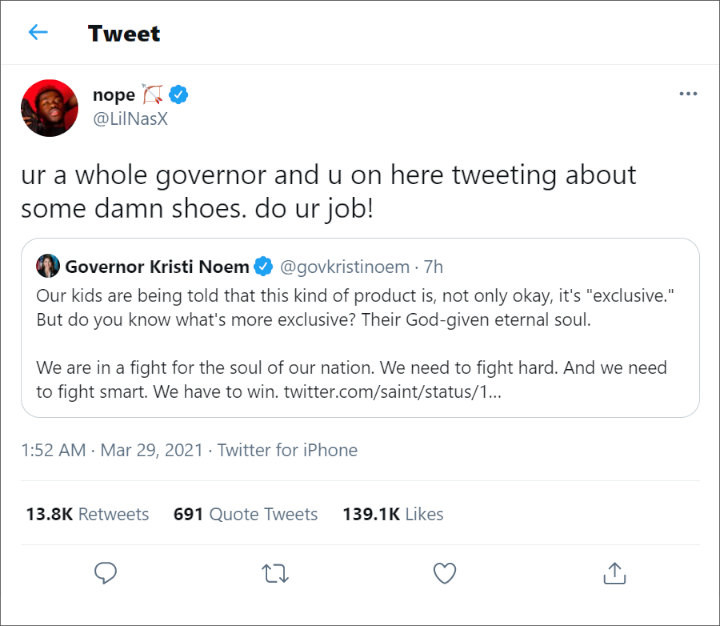 Nas X has sparked backlash after he promoted a new footwear collaboration called, "MSCHF x Lil Nas X 'Satan Shoes'." The sneakers, which will be on sale on Monday, March 29, are alleged to be containing "66 cc ink and 1 drop of human blood" and only 666 pairs of them will be made available. 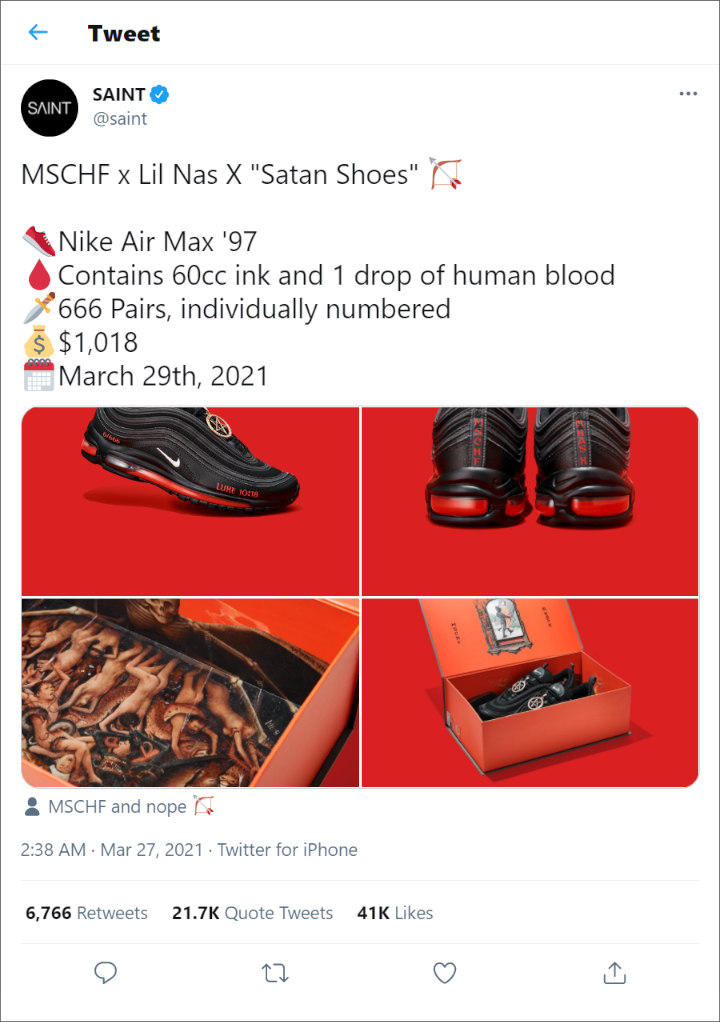 Nas X's shoes apparently modified Nike Air Max 97s. However, Nike denied its involvement with the controversial product. "We do not have a relationship with Little Nas X or MSCHF," the brand said in a statement to NBC News. "Nike did not design or release these shoes and we do not endorse them."