The 'Dancing with the Stars' pro shares her journey in accepting her post-pregnancy look after undergoing an emergency C-section when giving birth to first son Kevin Leo McAllister.

AceShowbiz - Witney Carson has gotten candid about the insecurity she has been dealing with post-pregnancy. Nearly three months after giving birth to her first child with husband Carson McAllister, the "Dancing with the Stars" pro admitted that growing up as a dancer made her self-conscious about her weight and looks.

Making use of Instagram on Saturday, March 20, the 27-year-old posted a couple of mirror selfies that saw her in a vibrant-colored sports bra and dark leggings. In the caption, she wrote, "Progress not perfection [sparkles emoji] being a dancer growing up & even throughout adulthood [especially throughout adulthood] I've always been self conscience about my weight and how I looked."

Elaborating further, the wife of Carson McAllister went on to note that she almost did not share the photos and explained the reasons why. "I've struggled with this & that's why I was hesitant to post these photos," she stated, "I didn't feel I looked a certain way, 'good enough' & that was a sad thought to me."

Witney gave birth to a baby boy, named Kevin Leo, on January 3. Weeks after undergoing an emergency C-section to deliver her son, she claimed to have finally begun to embrace her body as it is. In the March 20 post, she continued, "I'm learning to celebrate my body the way it is now and celebrate the small successes to a HEALTHY body, spirit and mind [folded hands emoji][love emoji]."

The pro dancer's body positivity post has won praises from her fellow "DWTS" pro-dancers. Lindsay Arnold wrote back, "You are stunning wit [two red love emojis] and the best mama to little Leo. He is so lucky to have you [red love emoji]." Peta Murgatroyd, in the meantime, praised her look by writing, "You look soooo FIRE!!!"

Former "DWTS" contestant Nikki Bella could also be seen supporting Witney through a message she left on the comment section of the latter's post. "You look SO incredible! Amazing that that body not to long ago made and brought beautiful and healthy Leo into this world! [white love emoji]," she gushed. 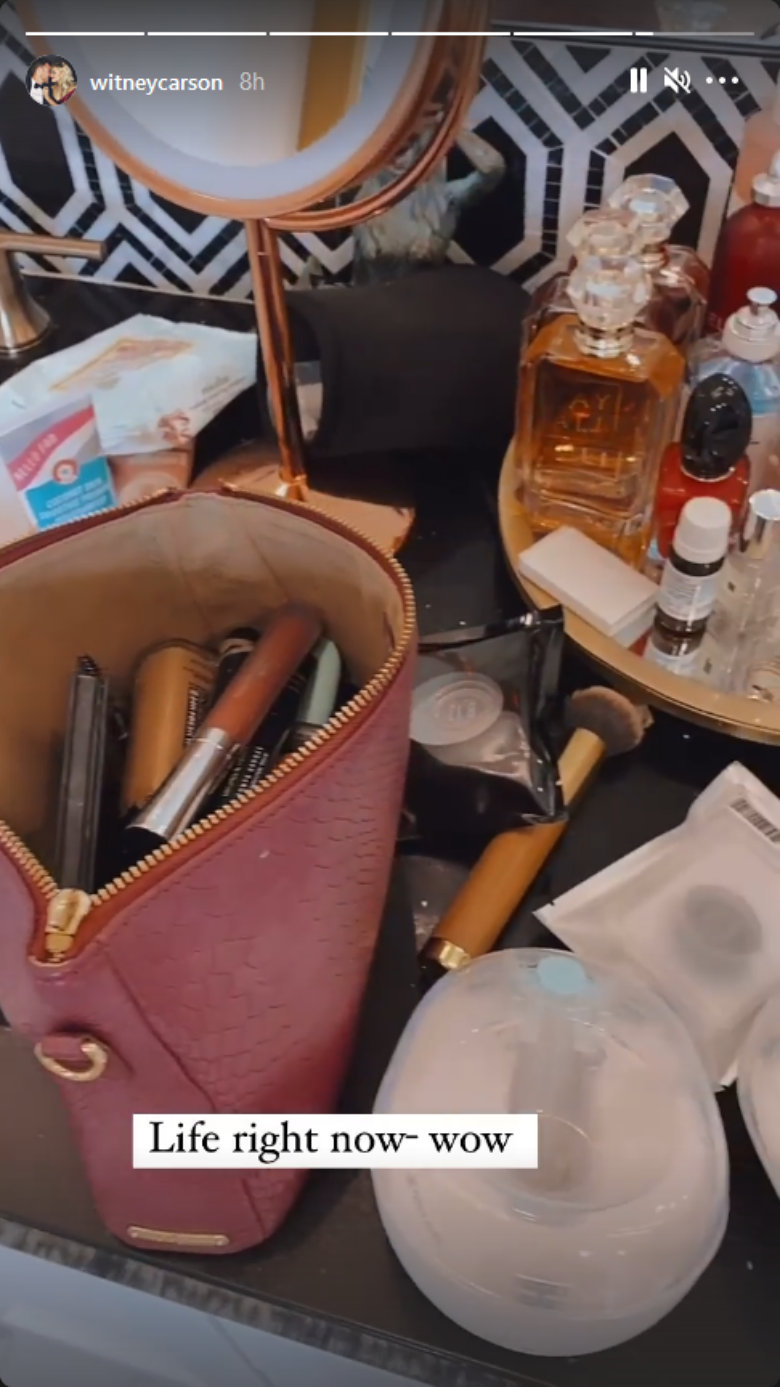 Days after sharing her candid post about her post-baby body, Witney offered fans a look into her life after becoming a first-time mother. Sharing an Instagram Story post with a caption that read, "Life right now-wow," she revealed that her dresser was cluttered with makeup tools, perfume bottles, breastfeeding essentials, a baby bottle and a couple of boxes of organic infant formula milk.