The 25-year-old Victoria's Secret stunner takes to her Instagram account to offer a look at her post-baby body as she returns to work for a Maybelline New York gig.

AceShowbiz - Gigi Hadid is giving a look at her post-baby body. A little over four months after she welcomed her first child Khai with singer boyfriend Zayn Malik, the Victoria's Secret stunner took to social media to show off her flat abs.

On Thursday, January 28, the 25-year-old mom made use of Instagram Story to share a black-and-white clip of herself. In the footage, she flaunted her flat tummy in a cropped white button-up. The accompanying message of her post read, "first @maybelline day of the year." 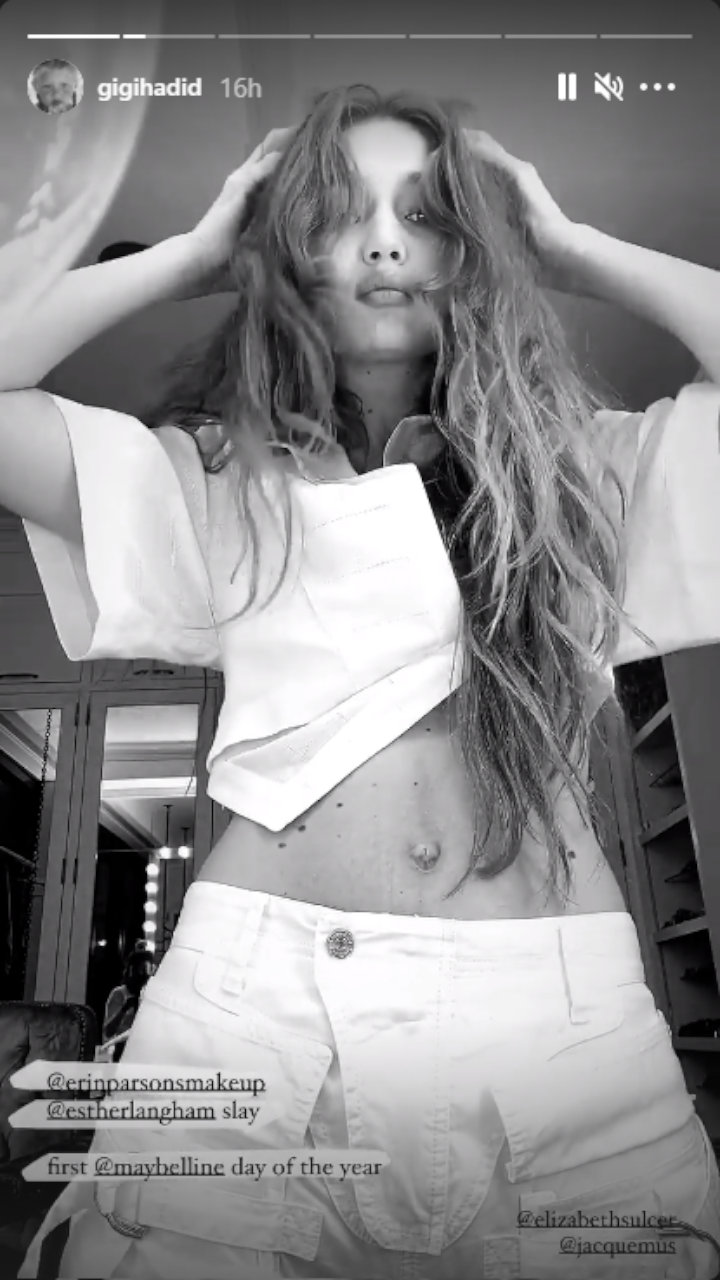 Gigi Hadid showed off her flat abs after giving birth to Baby Khai four months prior.

The older sister of Bella Hadid and Anwar Hadid then turned to her Instagram feed to post a number of behind-the-scenes selfies. In the accompaniment of the snaps, she simply wrote, "workin 9-5." She added a Liberty statue emoji in the caption.

Gigi's post has since been flooded with compliments from her online devotees. One exclaimed, "HEY MUM GIGI HOW COULD YOU KEEP SLAYING ALWAYS OMG." Another raved, "You are so perfect my queen." A third additionally gushed, "YOU ARE SO BEAUTIFUL."

This was not the first time Gigi showed off her post-baby figure. In late October 2020, she amazed her devotees with a toned body under her Halloween costume. Alongside a photo wherein she rocked a skintight blue bodysuit as she channeled Samus Aran from Metroid video game, she wrote, "choose your player."

The 2021 posts came just around a week after Gigi confirmed her baby's name. Making a little update in her Instagram account, she wrote in her bio: "khai's mom." She then added a note that read "IMG Worldwide," her Twitter username and a link to her photography account @gisposable."

Gigi and Zayn welcomed Baby Khai on September 23. Announcing the exciting news, the supermodel posted on Instagram a black-and-white picture of her boyfriend's hand holding their daughter's. "Our girl joined us earth-side this weekend and she's already changed our world. So in love," she penned alongside the post at the time.