The mother of one subtly announces her daughter's moniker on her Instagram bio after celebrating the baby turning four months old with a new picture of her kissing the infant.

AceShowbiz - Gigi Hadid is slowly getting more open about her little girl. The 25-year-old model has announced her baby's name in a subtle way, four months after she welcomed her first child with boyfriend Zayn Malik.

On Thursday, January 21, the mother of one changed her Instagram bio to reveal her daughter's name, Khai. "Khai's mom," she wrote as her status, joining the lines that inform she's signed to IMG Worldwide, her Twitter account as well as a link to her photography account Gisposable.

The name reveal comes as Gigi celebrated her daughter turning four months old. Earlier on Thursday, the elder sister of Bella Hadid shared on her Instagram Story a new snap of her holding her baby girl while kissing her. As always though, Gigi managed to hide the girl's face from public for the sake of her privacy.

"My girl, 4 months & THE BEST KID," she gushed about her daughter in the caption. Hours earlier, she additionally shared a screenshot of a text she presumably sent to the father of her child. "Hey," it read, "I'm obsessed with our kid." 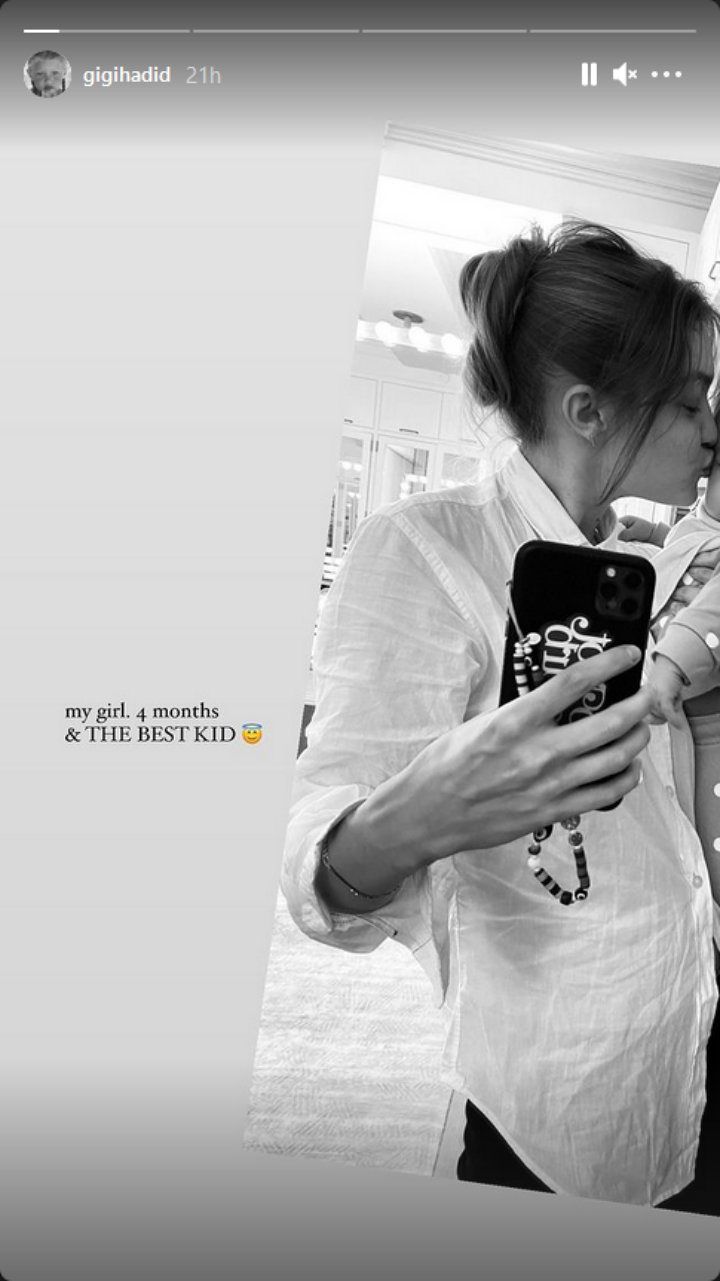 The 25-year-old model gushed about her four-month-old daughter.

Gigi confirmed her pregnancy in April 2020 during an interview on "The Tonight Show Starring Jimmy Fallon" after rumors circulated about it for weeks. She and Zayn welcomed their first child in September 2020.

"Our baby girl is here, healthy & beautiful," the first-time father tweeted on September 23, along with a picture of his daughter's tiny hand holding his finger. "To try put into words how i am feeling right now would be an impossible task."

"The love i feel for this tiny human is beyond my understanding," he added. "Grateful to know her, proud to call her mine, & thankful for the life we will have together x."

Gigi later shared the news on her Instagram account. "Our girl joined us earth-side this weekend and she's already changed our world," she wrote. "So in love."

Olivia Jade on YouTube Return After College Bribery Scandal: I Just Want to Do What I Love