As some people blasts her for complaining too much, the 32-year-old reality TV star makes it clear that despite everything, she's grateful for being given this bundle of joy.

AceShowbiz - Stassi Schroeder went emotional in her new Instagram post. The former "Vanderpump Rules" star shared with her online followers a selfie of her crying while opening up about hate comments during her pregnancy.

Alongside a tearful picture of herself, the reality TV star wrote on Wednesday, December 30, "Real talk- pregnancy is hard." She went on admitting, "I don't feel like myself. I don't feel attractive. I feel like I'm only good for making a baby."

Stassi, who is expecting her first child together with her husband Beau Clark, also said that she didn't "feel like I have zero control over anything. I’m uncomfortable and it's painful to move around." She continued, "And my emotions are so all over the place, I feel insane. I've received lots of dm's from people telling me I complain too much and should shut up and just be thankful I'm pregnant."

In response to that, the 32-year-old star wanted to make it clear that despite everything, she's grateful for being given this bundle of joy. "I've never been more thankful for anything. Being a mother was my biggest dream and I can't wait to meet my daughter," she insisted. "But I'm still allowed to struggle with it. Why is there so much pressure on pregnant women to be super heroes? Can we stop that now?" 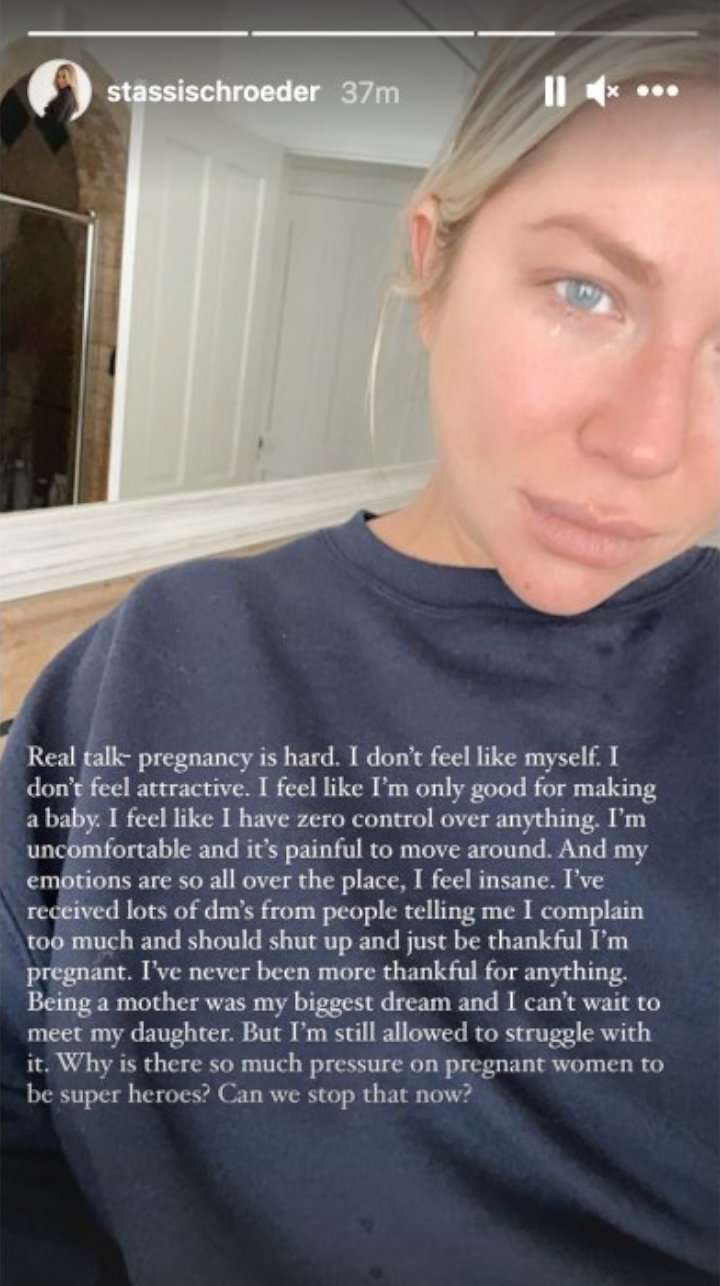 Stassi confirmed her pregnancy news back in June, days after she was fired from Bravo's "Vanderpump Rules" due to her past racist behavior towards former castmate Faith Stowers. The "He's Making You Crazy" author shared a picture of Clark kissing her cheek while holding a pink onesie with the hashtag #OOTD. "We're having a baby girl," she wrote in the caption at the time.

Her then-fiance also shared the same picture on his own page. "I was raised by great women, and the lessons I learned from them I'll FW to my daughter and then some! She will be great, powerful, humble, kind, loving, compassionate, and a dash from Kesha… 'She'll be a motherf***ing WOMAN!!! #thankful," he said.

'Jeopardy!' Champion Ken Jennings Vows to Be Kinder When Owning Up to Past 'Insensitive' Tweets