The comedienne shares on Instagram her season greetings card in which she uses a photo of Hilaria in underwear while cradling her and husband Alec Baldwin's newborn baby.

AceShowbiz - Hilaria Baldwin could not stay quiet over Amy Schumer's hilarious holiday card. Upon learning that the comedienne used a photo of her in a bikini for a season greetings card, the fitness expert wife of Alec Baldwin took to social media to offer her epic reaction.

On Sunday, December 20, Hilaria first shared on Instagram a photo of her rocking a black bikini while cradling her and husband Alec's newborn baby. Her snap later was reposted by Amy, who quipped in the caption, "Gene and I wanted to wish everyone a happy holiday season. Enjoy it with whatever family members are talking to you this year."

Although she had a hard time in understanding the joke, Hilaria managed to set aside time to offer her response. Turning to Instagram Story to share a screenshot of the "Trainwreck" actress' post, the 36-year-old writer shared, "I literally had to have someone explain this joke to me." She added, "Still don't get it 100%...But... I'll like it, and I'll comment some emojis." 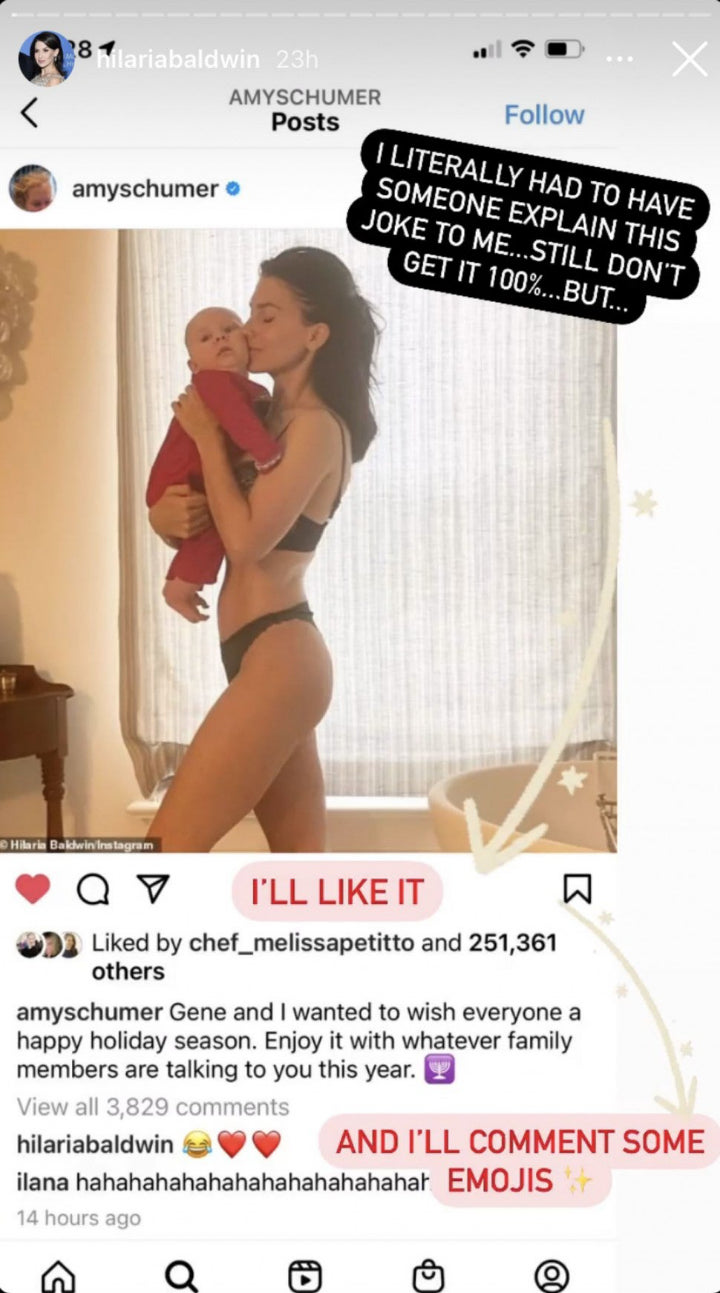 Later on Tuesday, December 22, Hilaria put out an Instagram video to address Amy's since-then-deleted post once again. While she claimed she did not mind having the latter using her photo for fun, the Yoga Vida co-founder found it irritating to see some of the body shaming comments.

"Does it hurt my feelings if some people are out there, who I don't even know are critiquing why I most post a photo, and I had looked differently, would I have posted that photo? I sure hope so," she claimed in the clip. "Because I love looking at photos supporting our bodies... If you're honoring yourself and you're celebrating yourself, I love it."

Hilaria's clip has caught Amy's attention, prompting the actress to issue an apology in the comment section, saying, "I'm sorry!" However, the health enthusiast assured the "I Feel Pretty" star that there were no hard feelings between them. 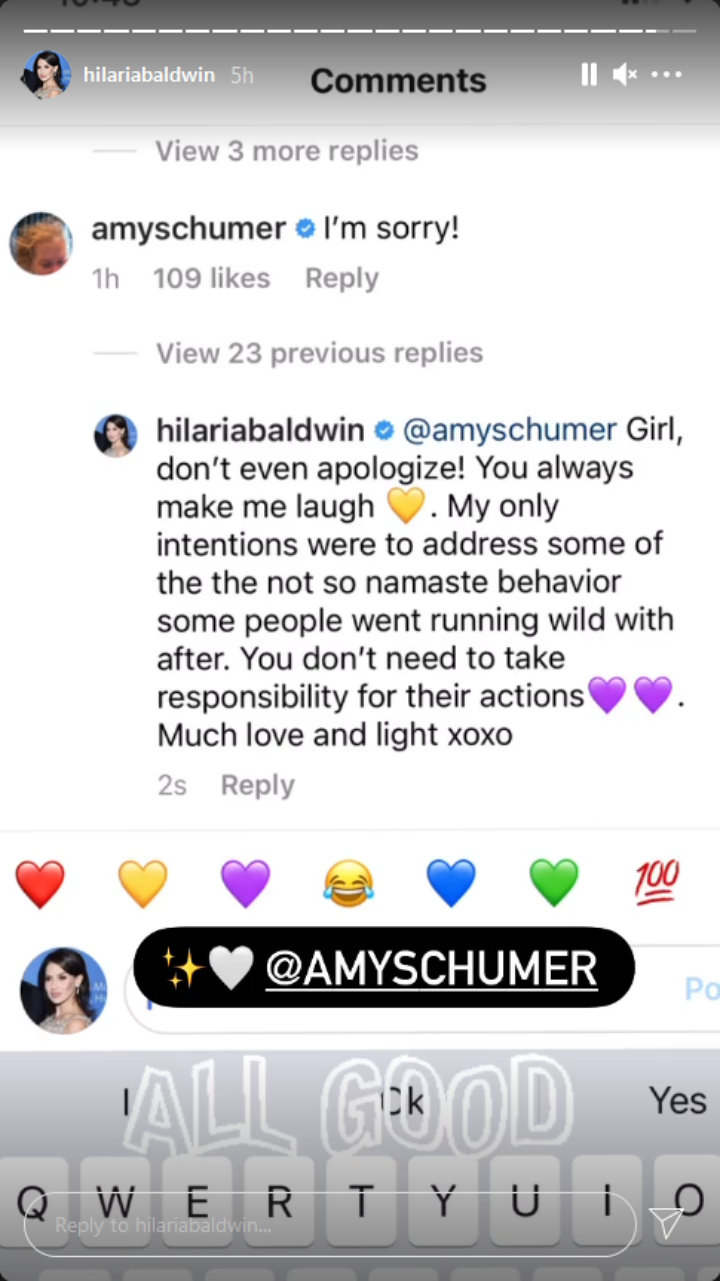 Hilaria Baldwin made sure she had no hard feelings towards Amy Schumer.

"Girl, don't even apologize! You always make me laugh. My only intentions were to address some of the not so namaste behavior some of the people went running wild with after," she clarified. "You don't need to take responsibility for their actions. Much love and light xoxo."