The Cleveland Cavaliers player shows how proud he is of his baby mama by sending her a massive bouquet of flowers after she was named reality TV star of the year at the November 15 event.

AceShowbiz - Tristan Thompson has demonstrated how proud he is of Khloe Kardashian. After the "Keeping Up with the Kardashians" star secured the Reality Star of the Year trophy at 2020 People's Choice Awards, the Cleveland Cavaliers player celebrated her achievement by sending her a sweet gift.

Showing off the present to the world was the NBA star's baby mama herself. On Monday, November 16, the 36-year-old posted on Instagram Story a clip that displayed a massive white and pink flowers arrangement. The footage, on which she wrote "thank you @realtristan 13," also captured their daughter, True, holding the accompanying card.

"Did I get flowers from your daddy?" the Good American jeans founder could be heard asking her 2-year-old daughter in the video. When the toddler began to read the card, the happy mom said, "Oh you're reading it? He says, 'Congratulations on winning People's Choice!' Thank you!" 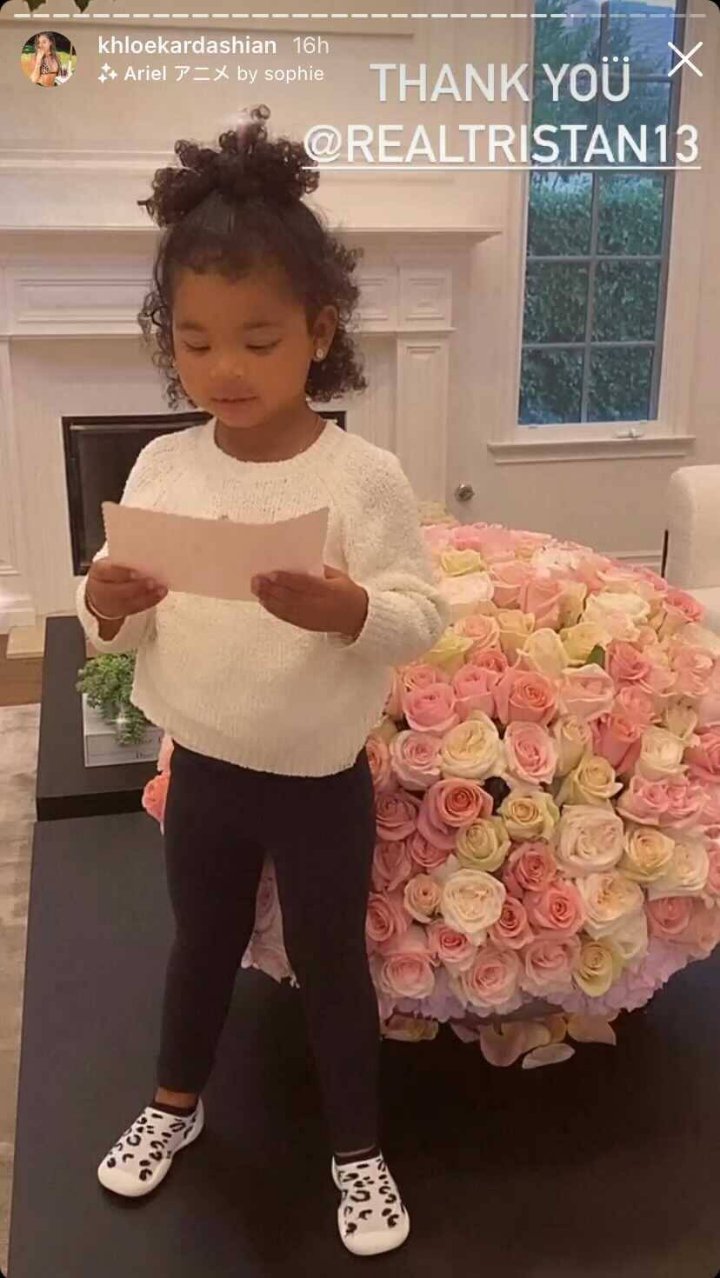 Khloe's gift from Tristan added more fuel to the rumors that the former couple has rekindled their romance. The twosome, who called it quits in early 2019 following his cheating scandal with Kylie Jenner's ex-BFF Jordyn Woods, never confirmed their possible reconciliation.

In early November, however, the daughter of Kris Jenner shut down the rumors suggesting she and Tristan are expecting their second child together. When a fan claimed that she would soon announce her pregnancy in her Halloween post, the TV personality responded, "Well my abs say otherwise babe."

Relationship aside, Khloe thanked her fans for their votes after her win at this year's PCAs. "I honestly and truthfully, no bulls**t, I cannot believe that you guys did this, you guys picked me to win a People's Choice award and that, I think, means more to me than anything else," she said in a video shared on Twitter on Tuesday, November 17. 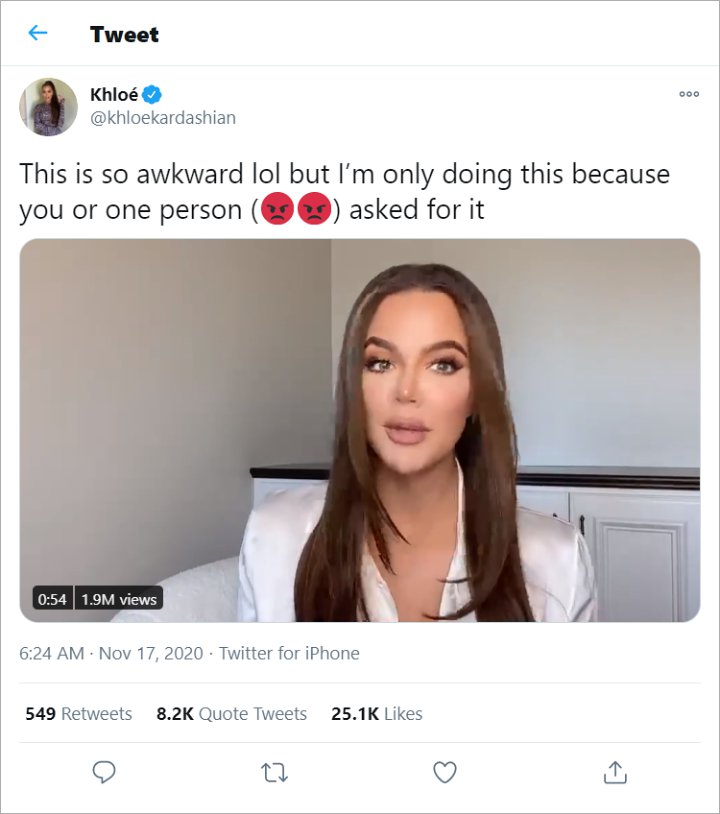 Khloe Kardashian thanked her fans for their support.

"I literally have no words. I feel so honored and I am so appreciative and so grateful," the younger sister of Kim Kardashian continued expressing her gratitude. "Sometimes I'm like, 'Wait, what? Why?' It's just so baffling to me. But I feel really good, I feel blessed."

Tristan Thompson Tries to Sell His Ohio Mansion up for $3.25M

Tristan Thompson: Losing Khloe Kardashian Made Me Lose a Part of Myself