Lauren shares a cryptic quote about an 'ending' phase on her Instagram Stories after Kailyn reveals that her ex-husband Javi tried to cheat on his fiancee with her.

AceShowbiz - There seems to be trouble in paradise in Javi Marroquin's relationship Lauren Comeau after his ex Kailyn Lowry accused him of cheating attempt. Lauren sparked a breakup report after she shared a cryptic post on her Instagram Stories that talked about an "ending" phase.

"The Universe is saying to you today: 'An important phase is ending in your life,' " read the horoscope message dated October 15. It continued, "This necessary ending will led you to find your true life path and purpose which you are prompted to fully undertake. Keep up the positive energies and expect further prosperity, fulfilment and happiness to enter your life." 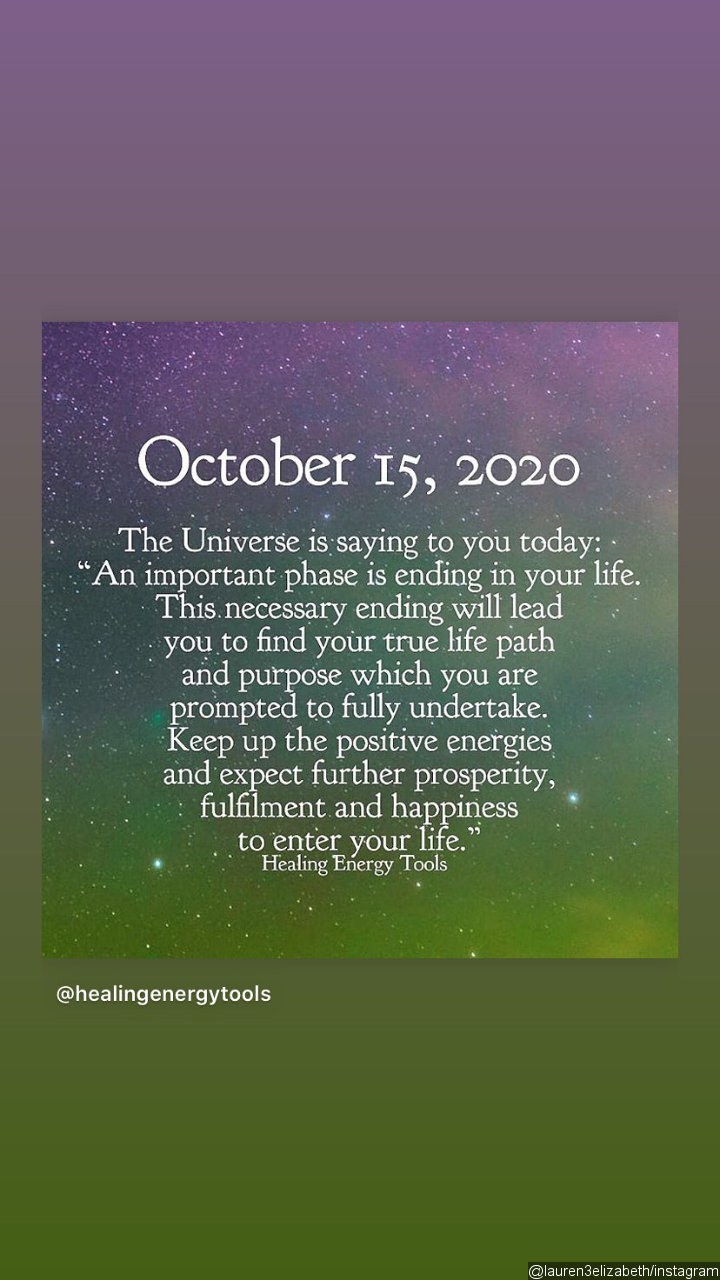 Days earlier, Kailyn made a shocking claim about her ex-husband Javi. She said in an October 13 episode of "Teen Mom 2" that Javi tried to hook up with her in a gas station parking lot while his girlfriend Lauren was "at home" with their one-year-old son.

"He pulled into the Wawa parking lot while I was getting gas and was like 'hey what's up?' then he opened the door and was like, 'I wanna f**k you plain and simple,' " she recalled, adding, "I said bye Javi ... I have all the texts of him trying to meet up."

The camera then showed her phone screen, which featured a text from her ex reading, "Want me to slide." Kailyn said Javi was leaving the gym when he reached out to ask if he could "slide through." She angrily replied to him, "So you're willing to come to Middletown to f**k me but you won't come here to get your son? Only if it benefits you in a sexual way."

Javi has not responded to Kailyn's claim, but Kailyn later apologized to Lauren after the episode aired. Expressing her regret for making public such accusation, she wrote on Twitter, "I want to publicly apologize to Lauren in regards to tonight's episode. She didn't deserve the humiliation she was put through due to a situation between Javi & me. I've been in her shoes and I've felt that pain, however have never experienced that being exploited on tv."

She then claimed that she had apologized to Lauren in private, saying, "I did have a private conversation with her, but owe her a public apology as well."

'RHOC' Star Kara Keough Gets Candid About Her Baby's Death