The YouTube star fuels romance speculation with the 'Make Me (Cry)' singer after sharing a photo of them cozying up to each other during a dinner date in West Hollywood.

AceShowbiz - Tana Mongeau has dropped another hint at her not-so-platonic relationship with Noah Cyrus. After confusing fans over the status of their relationship, the YouTube star has fueled romance rumors with the younger sister of Miley Cyrus with her latest Instagram post.

On early Sunday, September 27, the 22-year-old blonde shared a picture of her and Noah cozying up to each other during their dinner date at BOA Steakhouse in West Hollywood, California. The "Make Me (Cry)" puckered up in the image as if she was about to kiss Tana.

"i mean ofc i had to take a break from instagram until she was my girlfriend again," so Tana, whose previous post was dated September 23, captioned the photo of her with Noah.

Tana and Noah were also spotted by paparazzi during their outing that Saturday night, September 26. The two flaunted a lot of PDA, holding hands while heading to the restaurant. The rumored couple was also willing to pose for the camera, cuddling up with Tana wrapping her hand around Noah's waist before entering the eatery.

Tana, who wed fellow Internet personality Jake Paul in July 2019 though not legally, looked chic in a semi-sheer checkered crop top with blue jeans. Noah, meanwhile, kept it casual and simple in a white top with matching pants. Both of them wore a black face mask. 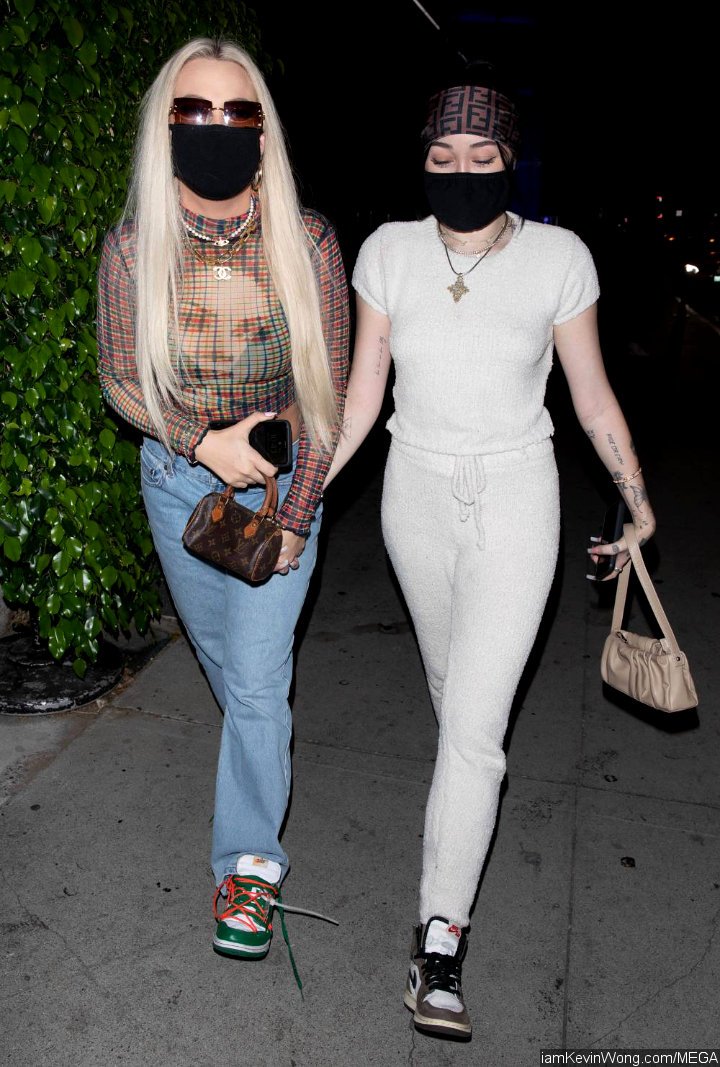 Tana Mongeau and Noah Cyrus were spotted dining out together.

Tana and Noah have been romantically linked to each other for some time. During Pride month, the former sort of confirmed their relationship by posting a photo of the two while expressing her feelings about love being genderless and hoping for a better world for the LGBTQ+ community in the future.

Tana did not post anything about Noah since then until she commented on the latter's Instagram post earlier this month. Hinting at their on-and-off romance, she wrote, "should we keep being on again off again or."

Noah, meanwhile, was previously in relationship with Smokepurpp. Back in July, she confirmed they're an item with a video of them cuddling together. In the video, the rapper could be seen playing around with a Christmas-themed filter as Noah snuggled up to him in a white hoodie. It's unclear if they have broken up and if so, when.