The wife of Justin Bieber receives backlash from Selena's fans as they're convinced that the 23-year-old model throws a subtle jab at the 'Wolves' singer in a video featuring Justine Skye.

AceShowbiz - Hailey Bieber a.k.a. Hailey Baldwin probably can't take the heat anymore after she was placed under scrutiny by social media users. The 23-year-old model has deactivated her Twitter account following backlash as she's accused of shading Selena Gomez.

The wife of Justin Bieber has been under fire after she appeared in a workout video with Justine Skye. In the clip posted on Instagram by Dog Pound fitness trainer Kevin Mejia, Justine allegedly said, "Nobody says Selena."

The video has since been deleted, but not before it caught the attention of Selena's fans. Some people were convinced that they heard Justine mention Selena in the video, though there's not enough evidence to support it.

Those who claimed to have heard Justine's alleged diss at Selena thought that it was a response to previous debate involving Hailey's husband Justin. Earlier this month, the Canadian pop star was called out for lip-syncing his ex-girlfriend's name in the music video for Drake and DJ Khaled's "Popstar".

"That Skye girl said 'nobody says Selena' after Drake sings her name and Hailey laughs at it," one person commented on Hailey and Justine's video. Another tweeted, "people say you can hear justine say 'nobody says selena' and hailey was present," prompting a third user to reply, "she basically shaded selena." 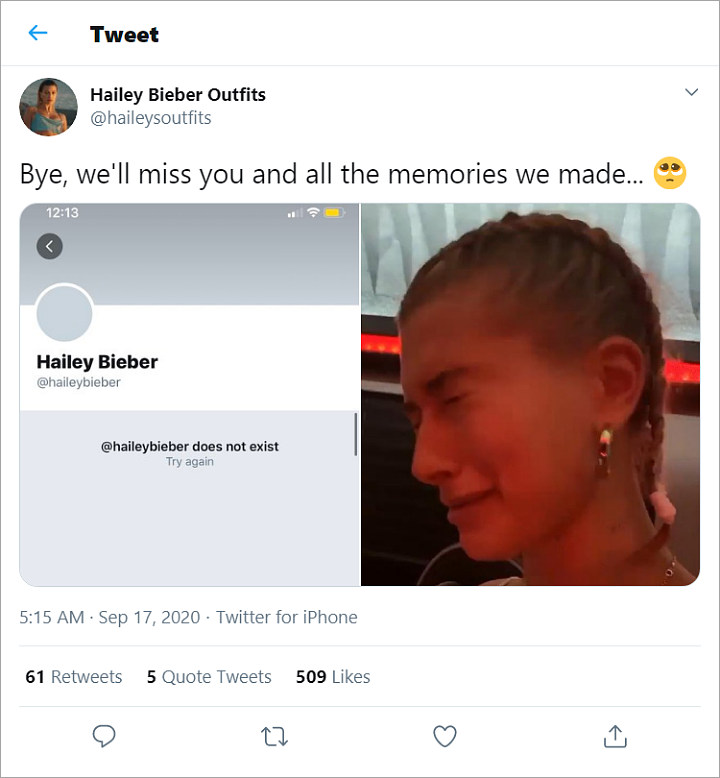 Hailey has not addressed the accusation that she shaded Selena, but her Twitter account is no longer available on Thursday, September 17. Meanwhile, Justine seemed to respond to the backlash in a cryptic post, in which she clapped back at haters. 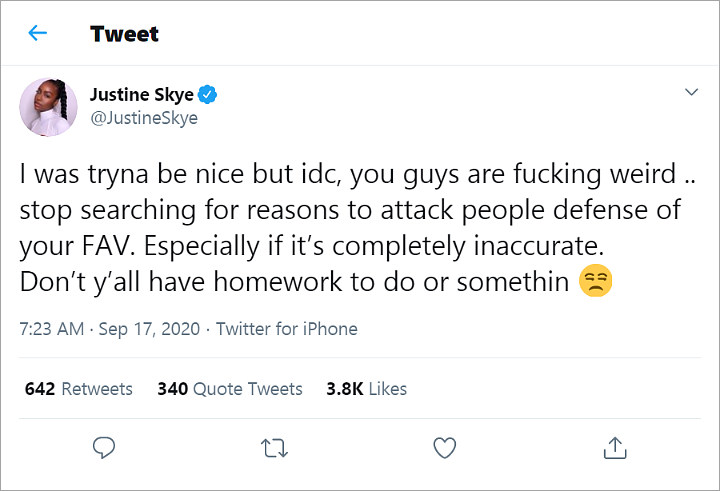 Justine Skye clapped back at haters.

"I was tryna be nice but idc, you guys are f**king weird," the 19-year-old singer wrote on Thursday, without mentioning why she was targeted by the Internet trolls. She added, "stop searching for reasons to attack people defense of your FAV. Especially if it's completely inaccurate. Don't y'all have homework to do or somethin."