The 'Blood and Treasure' actress seems to confirm her relationship with the 'This Is Us' star as she shares a picture showing how they spent their Sunday morning together.

AceShowbiz - Justin Hartley's alleged new girlfriend Sofia Pernas has just added fuel to their romance rumors. The Moroccan-Spanish actress teased fans of their relationship with a picture she shared on Instagram Stories on Sunday, August 9.

Hinting at how they spent the weekend together, the 31-year-old posted a photo of a man's hand holding onto a glass of Guiness beer while a piece of cigar was placed in between his fingers. "Easy like Sunday mornin'," she captioned the picture, quoting the lyrics from Lionel Richie's song "Easy".

The man's face was not featured in the image, but he was wearing a watch which appears to resemble one that Justin wore on "The Ellen DeGeneres Show" back in 2019. 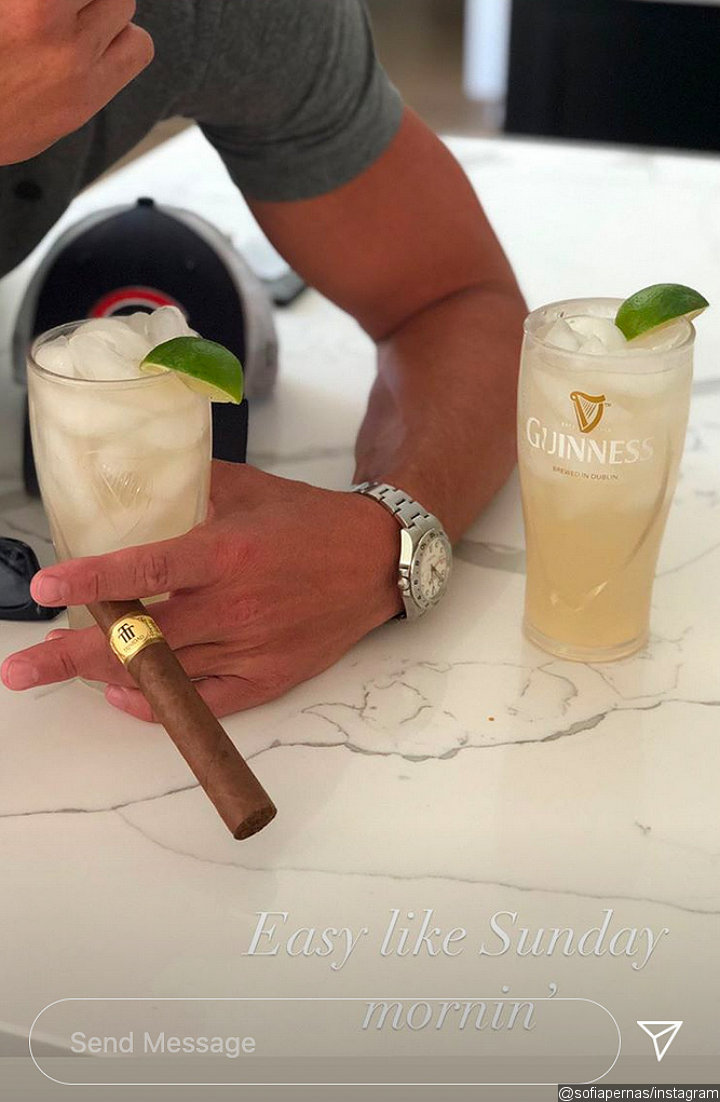 Justin himself took to his own Instagram Stories to share a photo of him sitting in a pool with his dog Paisley lying on his chest. Seemingly copying Sofia's caption, he wrote along with his post, "Paisley like Sunday mornin'." 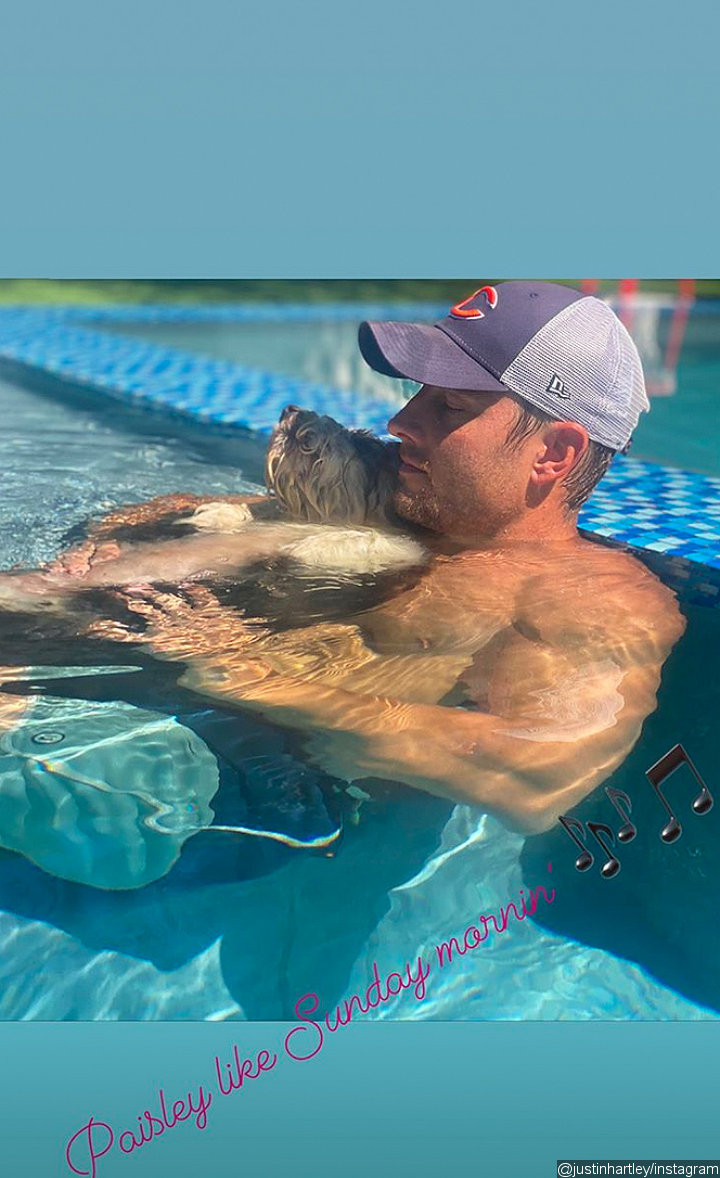 Justin Hartley posted his own photo on Instagram Story.

Justin and Sofia, who appeared together on "The Young and the Restless" from June 2015 to May 2016, first sparked dating rumors after they were caught sharing a kiss outside a Los Angeles doctor's office at the end of May. Later in early June, a source confirmed to PEOPLE that the pair had "been dating for several weeks" and were "spending a lot of time at his house."

Justin filed for divorce from Chrishell Stause in November 2019 after two years of marriage. She has since called out her estranged husband on social media and hinted that their split isn't amicable. In the latest episode of her reality show "Selling Sunset", Chrishell revealed the "This Is Us" star told her he filed for divorce via text, just 45 minutes before the news broke.

"This n**** Justin Hartley TEXTED Chrishell that he was divorcing her?!? #SellingSunset," a viewer reacted to Chrishell's storyline on the show. The reality TV star then wrote back, "Me trying to keep it classy and not like your tweet."

She also responded to a fan who used a GIF of Kristin Davis' Charlotte York yelling, "I curse the day you were born!" at Chris Noth's Mr. Big in the "Sex and the City" movie. She quipped, "My favorite gif," adding a laughing face emoji.