Lapattra Lashai Jacobs, who previously dated NBA YoungBoy, takes to Instagram Stories to share a message that reads, 'I just hope whenever I go to sleep tonight I don't wake up.'

AceShowbiz - Is Lapattra Lashai Jacobs doing all right? The ex-girlfriend of NBA YoungBoy a.k.a. YoungBoy Never Broke Again sparked concern among social media users after she took to Instagram Stories on Saturday night, April 25 to post a suicidal message weeks after YaYa Mayweather stabbed her during an altercation.

In the post on the photo-sharing platform, Lapattra wrote, "I just hope whenever I go to sleep tonight I don't wake up. I can't take this anymore." She also added several crying emojis in her post.

This surely made some people worried about her well being, though there were others who accused her of faking her feelings and said that she just wanted clout. Lapattra herself deleted the post afterward, she returned with a new post to hit back at those who kept sending her hatred messages.

"Y'all steady throwing evil comments at me like for what y'all don't know me," she said. "If y'all was in my shoes then y'all would feel the same way (being happy then sad (I'm over the place this some s**t I never experienced & wouldn't want nobody to). I don't care bout no money I care bout me heeling , getting over this & BEING STRONG !!"

Lapattra added, "Then y'all saying I wanted this who want something like this happen to them that's crazy." 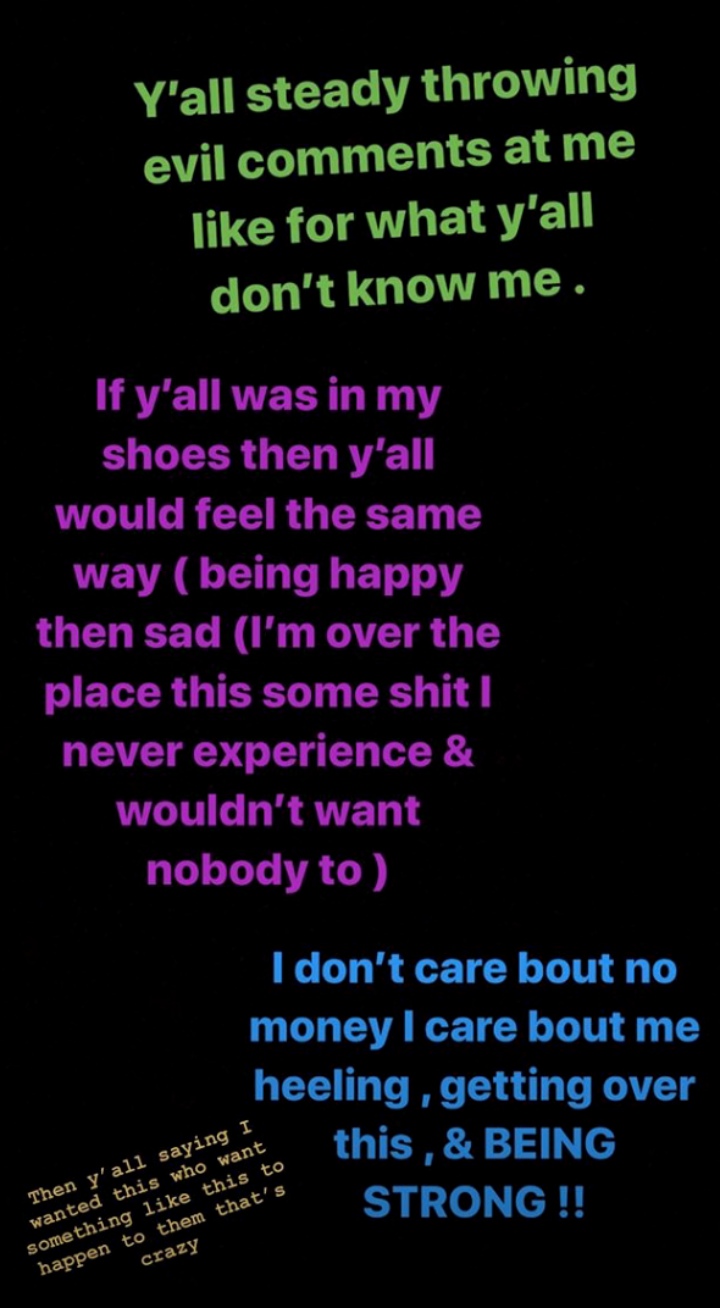 Lapattra was with YB at his home in Houston when YaYa arrived and told her to leave the house. The ladies exchanged some words before things escalated. The daughter of Floyd Mayweather, Jr. allegedly grabbed two knives and stabbed her opponent twice.

She was then arrested and taken into custody, before being released on $30,000 bond. On Monday, April 13, her attorney confirmed that YaYa was charged with second degree aggravated assault. The charge carries a sentence of two to 20 years in prison.