"I really want to have a third party in my relationship," she wrote on Twitter on Thursday, April 9. She continued writing in the NSFW tweet, "Just two pretty a** faces and nice a** bodies. My n***a is big and can handle both of us, in every way."

She latter tagged his boyfried and asked him, "Baby, can we get a girlfriend?"

Ari, however, deleted the tweet before returning with a bathroom selfie video that also featured another woman. Topless, Ari was seen puckering her lips before panning the camera to the woman, who later was identified as a woman named Shirley. She was only dressed in a towel. 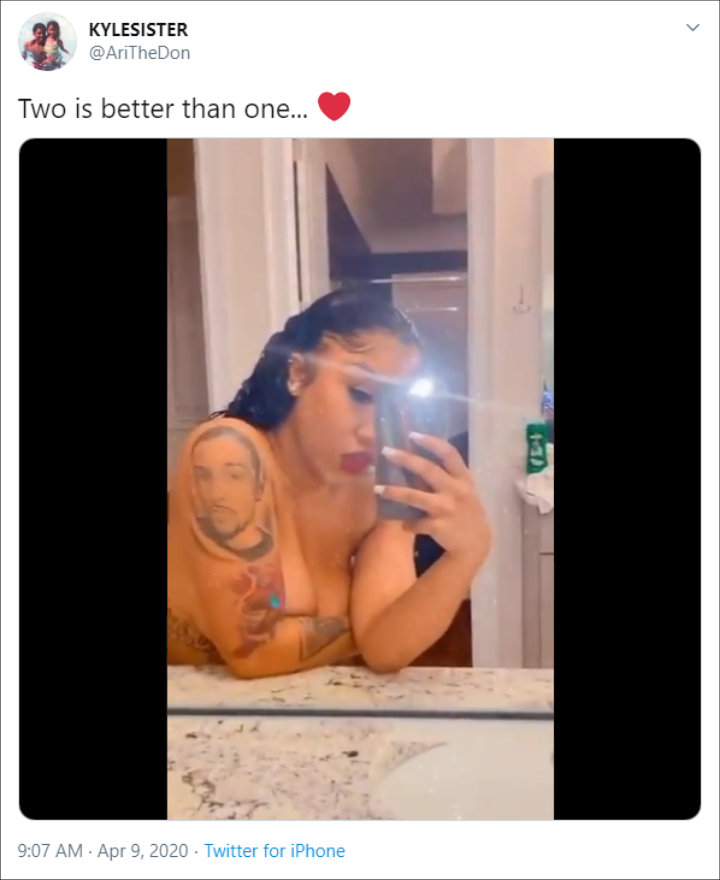 Ari Fletcher shared a video featuring another woman in a towel.
See also...

Meanwhile, Shirley shared on her Instagram account a video of her posing in a bubble bath. It seemed like Ari and Shirley joined forces for a photoshoot since they both sported similar hair style.

Prior to this, Ari went on a rant on Twitter after her ex and baby daddy, G Herbo (previously known as Lil Herb), talked about her during a recent interview.

During the interview, Herbo discussed how Ari and his current girlfriend Taina met after the former publicly banned her from being around her child. Recalling the time where the girls decided to end their feud, Herbo said, "That was a highlight for me. I was so happy, just because I know how important that is."

Herbo didn't actually say anything bad about Ari in the interview, but shortly after clips from the chat were made public, the girlfriend of MoneyBagg Yo went on a rant urging people not to talk about her publicly. "I just wish people would stop f***ing speaking on me. Don't say s**t about me or no situations that 'involve' me," so she said on the bluebird app. "Keep my name out ya f***ing mouth!"

Chynna Rogers' Cause of Death Unveiled as Accidental Drug Overdose

Ari Fletcher Claps Back at Haters Making Fun of Her Look