Trina McGee, who played Topaga's good friend and Shawn Hunter's black girlfriend on the show, claims she was mistreated and called racist slurs by other cast members on the set.

AceShowbiz - "Boy Meets World" star Trina McGee has spoken up about alleged racist treatment she endured on the set of show. The actress, who played Angela Moore, Topaga's good friend and Shawn Hunter's black girlfriend, claimed she was mistreated and called racist slurs by her co-stars, who were part of the main cast.

In a series of tweets, which dated back to earlier this year but have just been unearthed, Trina first recalled she was "called aunt Jemima on set during hair and make up." She added, "Called a bitter b***h when I quietly waited for my scene to finish rehearsing that was being f'ed up over and over due to episode featuring my character. Told 'it was nice of you to join us' like a stranger after 60 episodes." 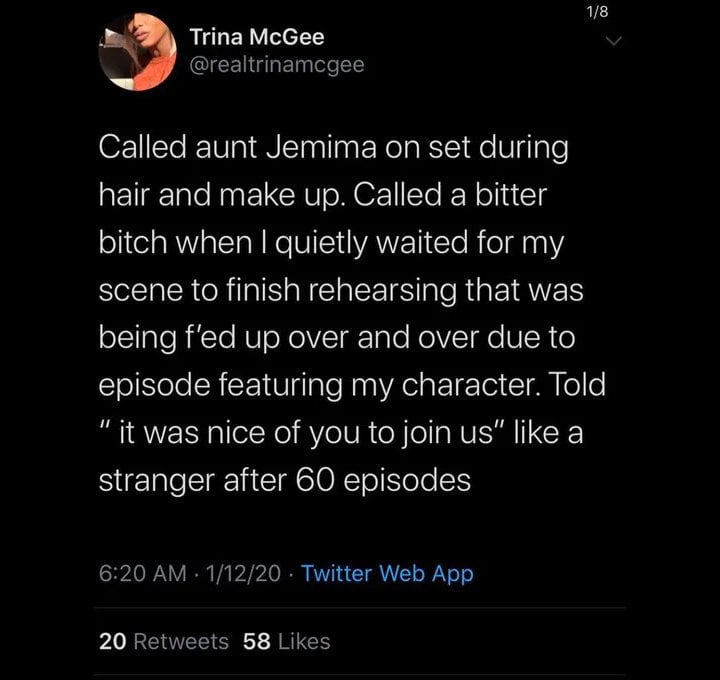 When someone asked during the filming of which show she experienced those things, Trina replied, "Boy Meets World." A shocked fan said it was hard to believe that the actors, whose characters were depicted as "loving and caring," did the horrible things, and admitted it's "disappointing and gut wrenching" to learn of it. 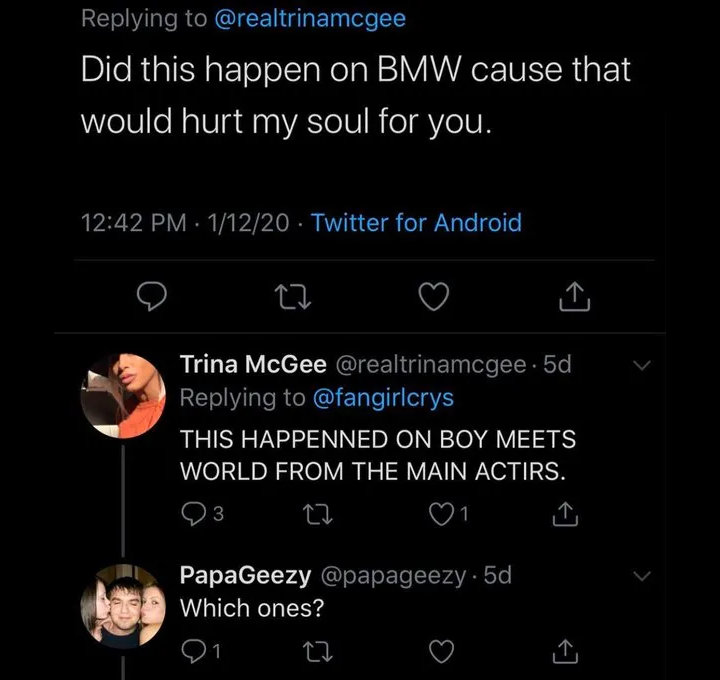 Trina went on sharing, "I did my job and I expect my due. At times the tension of the disrespect was extremely stressful. 25 yrs old at the time raising a family and did not deserve to be thinking about this. None of those three colleagues had children. Just cowardly egos and hot diarrhea mouths." 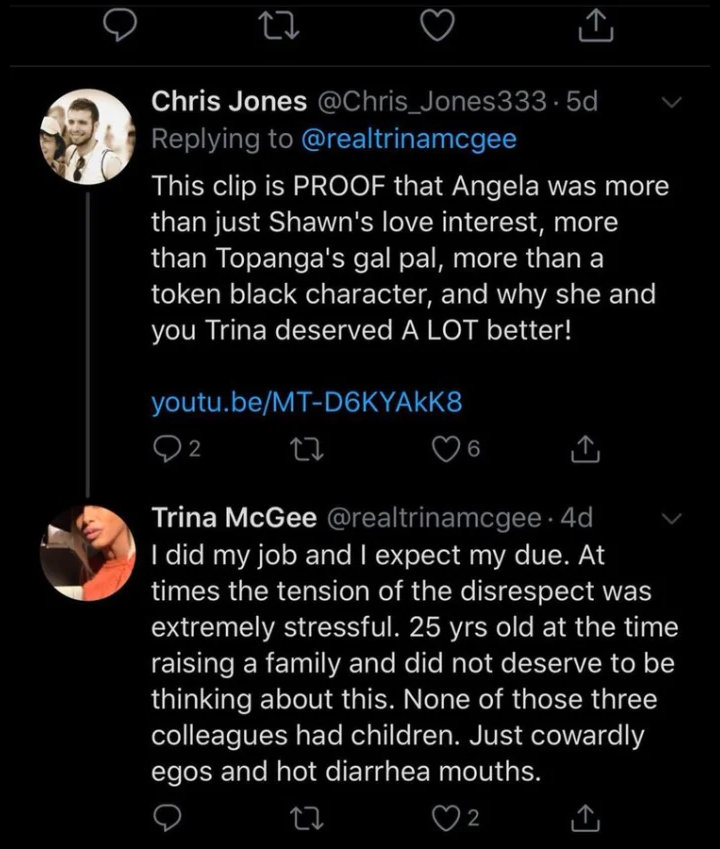 When another fan pointed out that Trina's character was often left out of discussions about the show, Trina claimed it was due to "fear and jealousy." She clarified that she was talking about her "three acting colleagues," but "the crew was always great" to her. 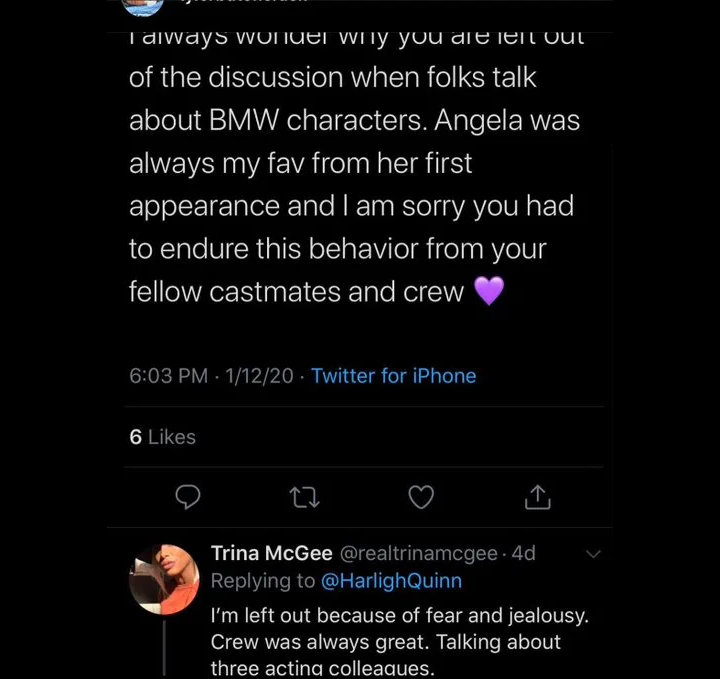 The now-50-year-old actress, who reprised her role in one episode of the spin-off "Girl Meets World", went to point her finger to Ben Savage, Danielle Fishel and Will Friedle. When someone asked the three main cast members to explain this, Trina skeptically responded, "Good luck with that." She blasted them in another tweet as saying, "They should be a light and own up to it. Sad and sick behavior." 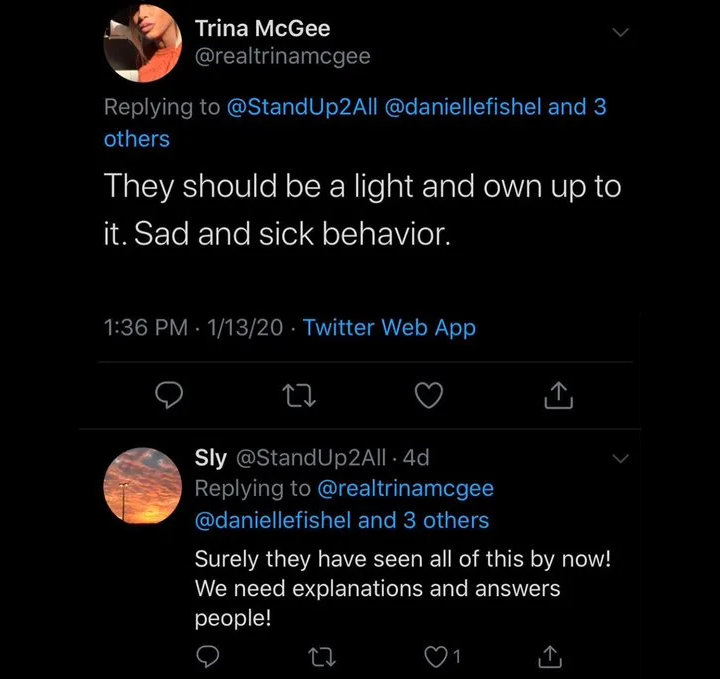 None of Ben, Danielle and Will have responded to Trina's claims.