Celebrating International Women's Day, the 'Hurts Like Hell' singer shares a lengthy note that addresses the revealing snaps and videos her 14-year-old self sent to a boy she liked.

AceShowbiz - Singer Madison Beer has forgiven herself for a nude photo mistake she made as a teenager while celebrating International Women's Day on Sunday, March 08.

In a social media note to fans, the young star insisted she's over feeling bad about the revealing snaps and videos, which leaked after she sent them to a boy she really liked when she was 14. 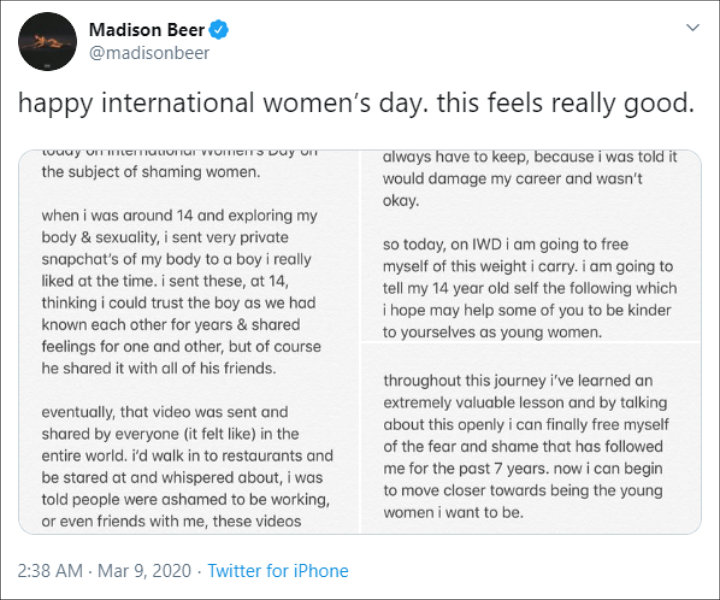 "when i was around 14 and exploring my body & sexuality, i sent very private snapchat's of my body to a boy i really liked at the time (sic)," she explained. "i sent these, at 14, thinking i could trust the boy as we had known each other for years & shared feelings for one and other. but of course he shared it with all of his friends." 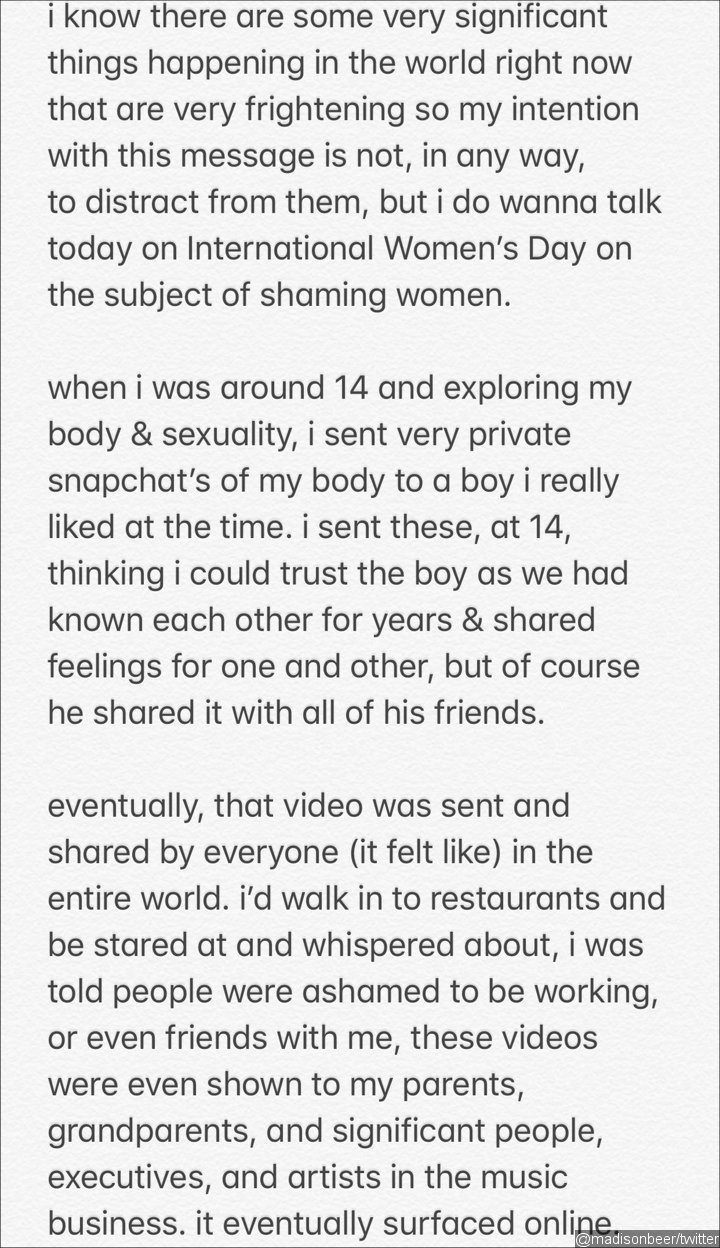 The snaps emerged again recently, prompting the "Hurts Like Hell" singer to face up to something stupid she did just seven years ago - and let it go. 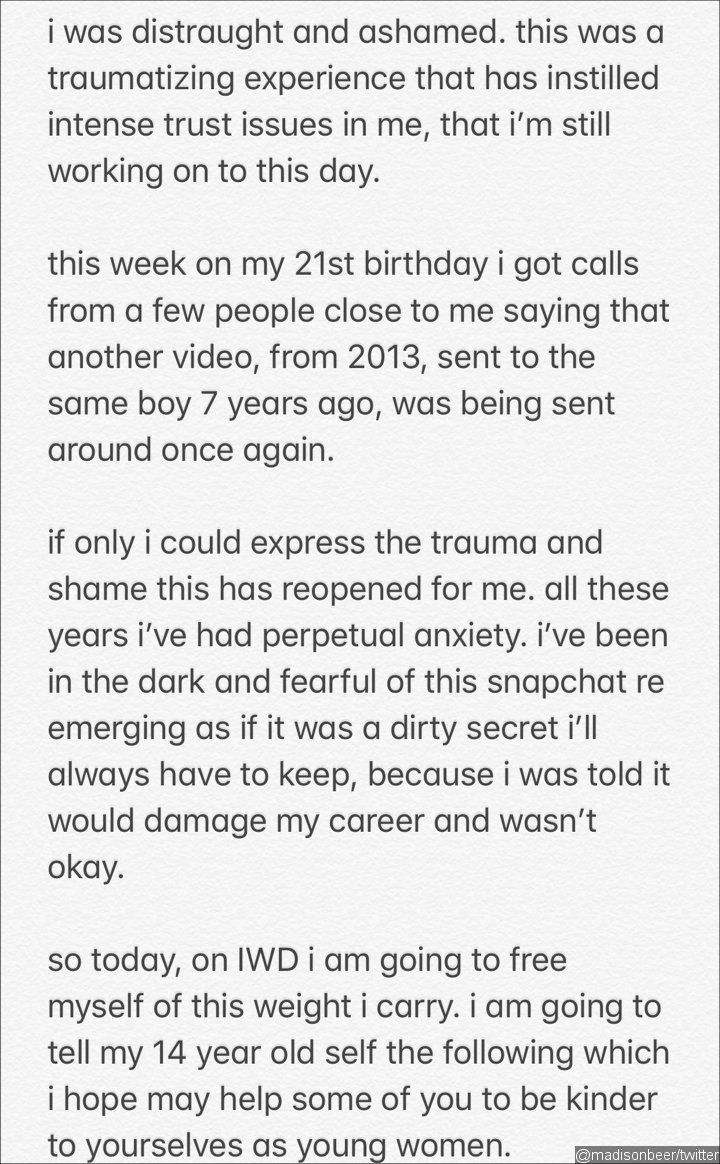 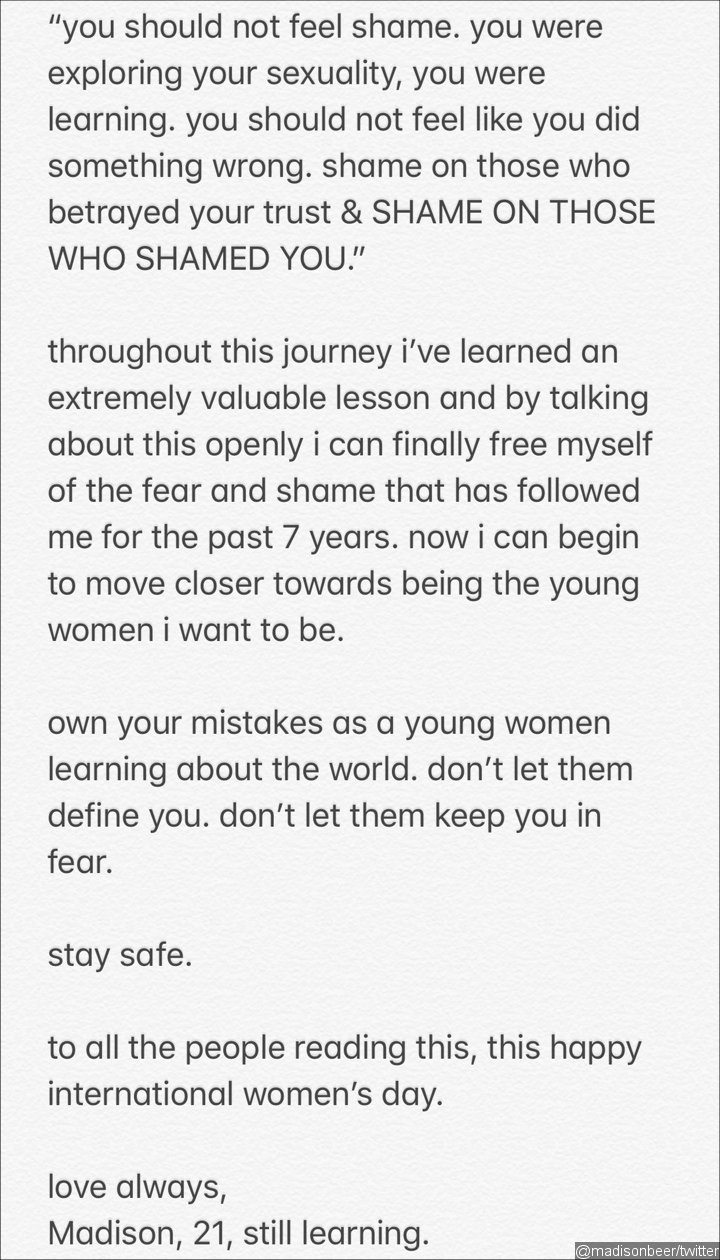 "so today, on IWD i am going to free myself of this weight i carry (sic)," the 21-year-old writes.