Other victors at the awards-giving ceremony include J Balvin and Spanish singer Raphael, the latter of whom collects the coveted Excellence award on that night.

The 43-year-old singer had been up for 12 prizes at the ceremony, but still left with an impressive haul - including the awards for Artist of the Year and Song of the Year.

He was quickly followed by Bad Bunny, who took home five awards, while Sebastian Yatra and Christian Nodal each won three.

Sharing a snap of himself surrounded by his prizes on the red carpet, Yankee wrote: "Siempre Agradecido!", which translates as "forever grateful". 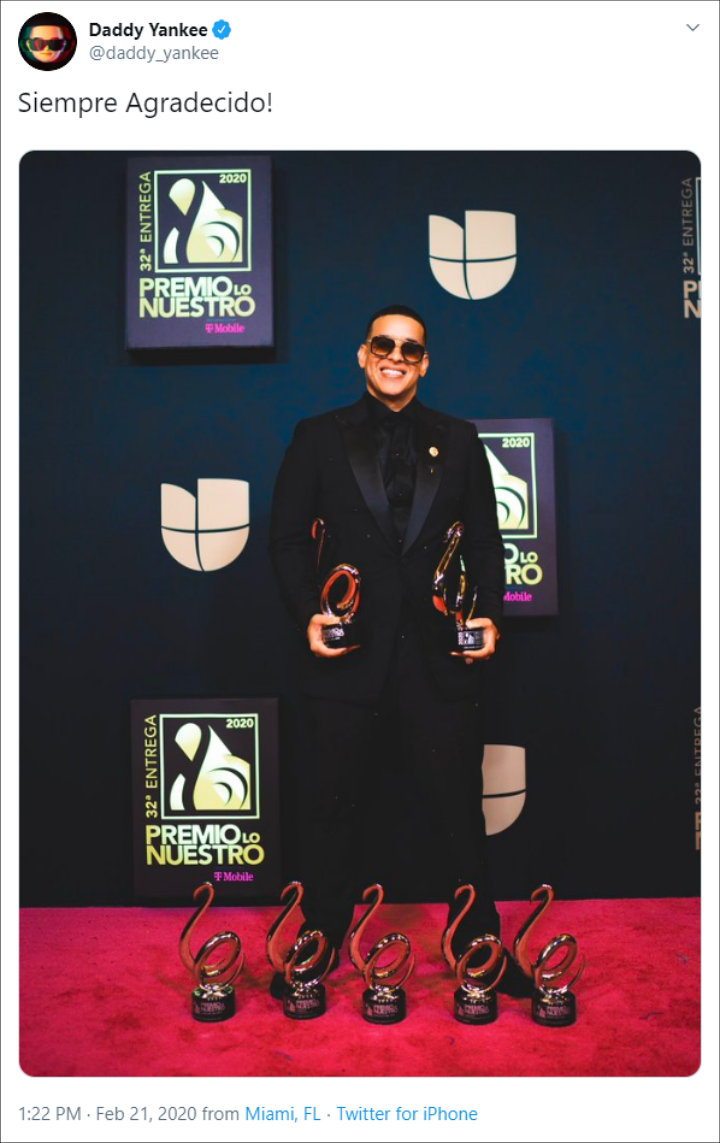 Other victors at the awards ceremony included Spanish singer Raphael, who received the Excellence award, and J Balvin, who was presented with the Global Icon award from Yankee.

"I'm really grateful with everything that is going on, but you know, I'm just a global dreamer. That's how I feel. I don't feel like an icon," Balvin told Entertainment Tonight after accepting the gong. "I'm a big dreamer, and that's all that matters."

"It's been a blessing (this year). You know, these past years have been amazing, and it just gets better and better."

Pitbull, Thalia, and Alejandra Espinosa hosted the awards, with John Travolta making a surprise appearance to support his pal Pitbull.

As Pitbull took to the stage to perform a medley of his hits, the "Pulp Fiction" star was seen dancing around alongside the musician, before taking to the mic to join him in a rendition of "Get Ready".