The 'Lover' singer and the 'Billy Lynn's Long Halftime Walk' actor are reportedly 'inseparable' and seen kissing multiple times at the Creative Artists Agency's after party.

AceShowbiz - Taylor Swift and Joe Alwyn have gotten cozy when celebrating one of Hollywood's biggest nights. When attending an after party for the 77th annual Golden Globe Awards, the "Lover" singer and her actor boyfriend were spotted looking all loved-up as they flaunted their affection to one another.

On Sunday evening, January 5, the lovebirds hit the red carpet solo only to reunite at the bash thrown by the Creative Artists Agency. Once inside, they didn't hold back on the PDA. "They looked inseparable and really in love," an insider spilled to E! News. "Taylor had her arm on Joe, and she leaned in to kiss him several times."

A number of candid pictures from the event captured the 30-year-old singer wrapping her hands around her 28-year-old boyfriend. She traded her Etro Couture floral ball gown, which she wore for the awards ceremony, with a sparkly dark dress by Alexandre Vauthier. Her beau, in the meantime, stuck with his classic tuxedo. 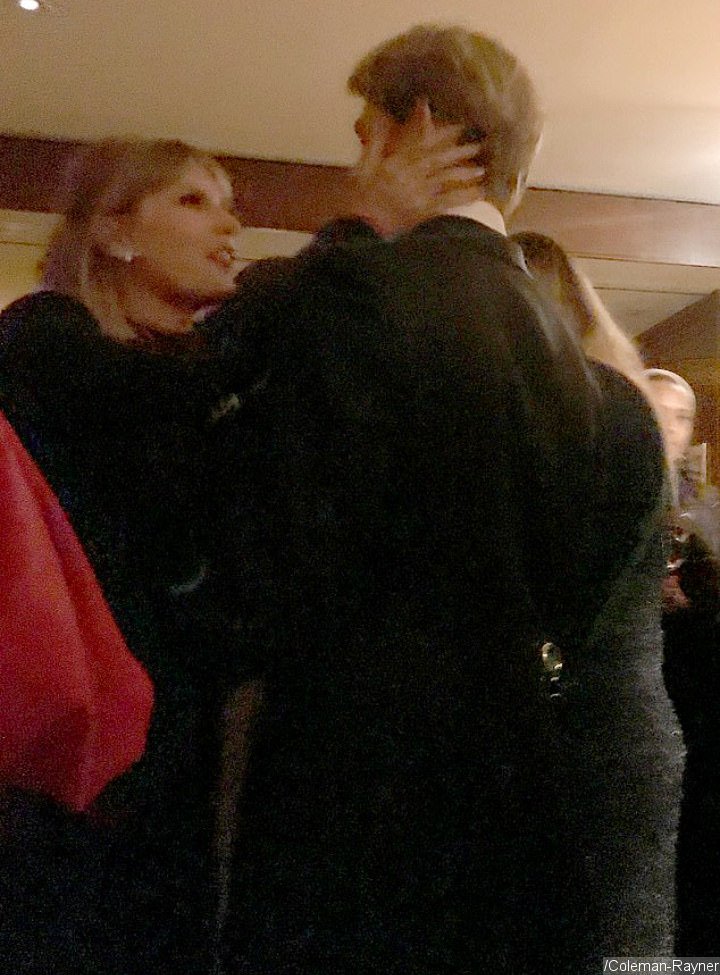 Taylor Swift and Joe Alwyn looked loved-up at the after-party.

An eyewitness claimed that the pair spent the night mingling with the other guests and enjoyed drinks from the bar. Later that night, they were spotted leaving the bash held at the Sunset Tower Hotel in West Hollywood together. The "Me!" hitmaker was seen climbing into a car followed by "The Favourite" actor shortly after.

Swift attended this year's Golden Globes as a nominee in the Best Original Song - Motion Picture category, thanks to "Beautiful Ghosts" from "Cats". Unfortunately, she lost the title to Elton John who took home the trophy for "I'm Gonna Love Me Again", an original track from his biopic, "Rocketman".

Alwyn, on the other hand, came to the ceremony as part of the "Harriet" cast. The Harriet Tubman biopic got its leading actress, Cynthia Erivo, nominated for Best Performance by an Actress - Motion Picture, and its soundtrack single, "Stand Up", up against Swift's track as well as John's winning song.

Swift and Alwyn's PDA was not the only highlight of the special night. Earlier in the evening, the "Black Space" singer surprised others by teaming up with Amy Poehler when presenting for the Best Motion Picture Animated category. The two were famously known to have a beef back in 2013 after the latter and co-host Tina Fey jokingly warned the singer to stay away from Michael J. Fox's son, Sam.

The Game Exposed for Sliding Into Underage Girl's DM