The 'Love and Hip Hop: New York' star, the 'Juice' singer, and the 'Basketball Wives' alum are among the internet chatters as DaBaby is targeted with nude scandal

AceShowbiz - DaBaby became the latest celebrity targeted with nude scandal following fellow rapper A$AP Rocky and NBA star Stephen Curry. An alleged video of DaBaby without his pants on made its round on the internet. While the person's face was not shown, the rapper's song was playing in the background.

The internet went wild with people posting funny comments and memes. Many were impressed with the person's package displayed in the new NSFW video, unlike the various remarks that previously poked fun at A$AP Rocky's "stroke game." Some even hilariously compared the three celebrities, DaBaby, Rocky, and Curry.

However, Erica Mena was not so impressed. The "Love & Hip Hop: New York" star said she'd seen better, and by better, she meant her husband Safaree Samuels'. She tweeted, "Yo da baby, I'm really happy for you, my homegirls group chat will let you finish, but my husband has one of the best nude leake of all time!" 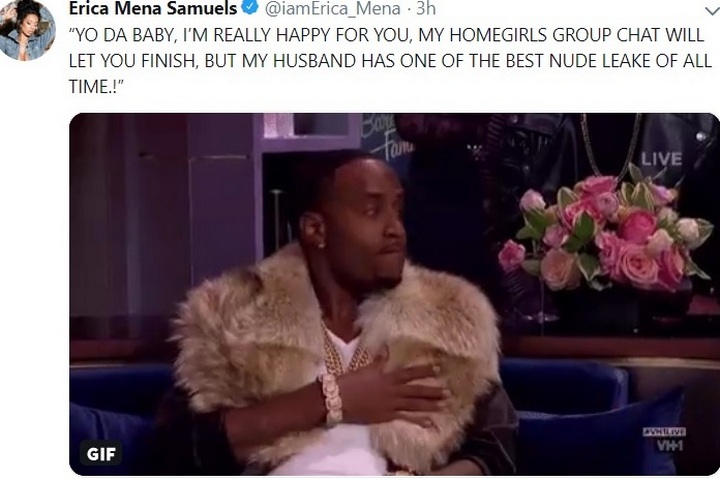 Amid the online ruckus, people noticed Lizzo had left a comment on DaBaby's Instagram, "Hey big head." She didn't mention anything about his nude, but many people were amused and quickly link her comment to the photo. "U seen the pics," one asked the singer. Another commented, "Oh you want some after them nudes got out huh." 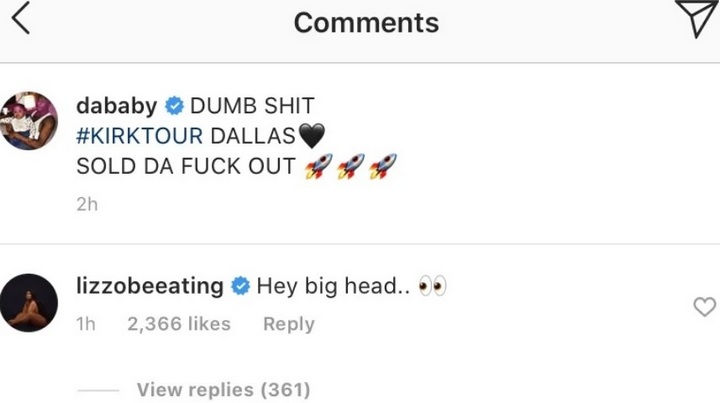 People also assumed Draya Michele made a comment on DaBaby as she wrote this, "So ummmm to my good sis's on here. Go ahead and send me them pics. You know what pics." The actress, who's engaged to NFL player Orlando Scandrick, allegedly deleted her post but the screenshot already went viral.

As she became trending topic, the "Basketball Wives LA" alum posted a new message to clear up the air. She laughed it off while setting the record straight, "Lol. It was 14 tweets about me. Talking out I'm trending. No. Y'all just wanted to be messy."