Following Miley's rants over being sl*t shamed, Cody shares an Instagram Story that shows him giving her a good morning kiss while Kendall applauds her on Twitter.

AceShowbiz - In the wake of her tirade on social media, Miley Cyrus was showered with love by fans and friends alike. New flame Cody Simpson shared an Instagram Story that saw him landing a good morning kiss on the former Disney star's temple. "Pre swim breakfast courtesy of baby," so he wrote. 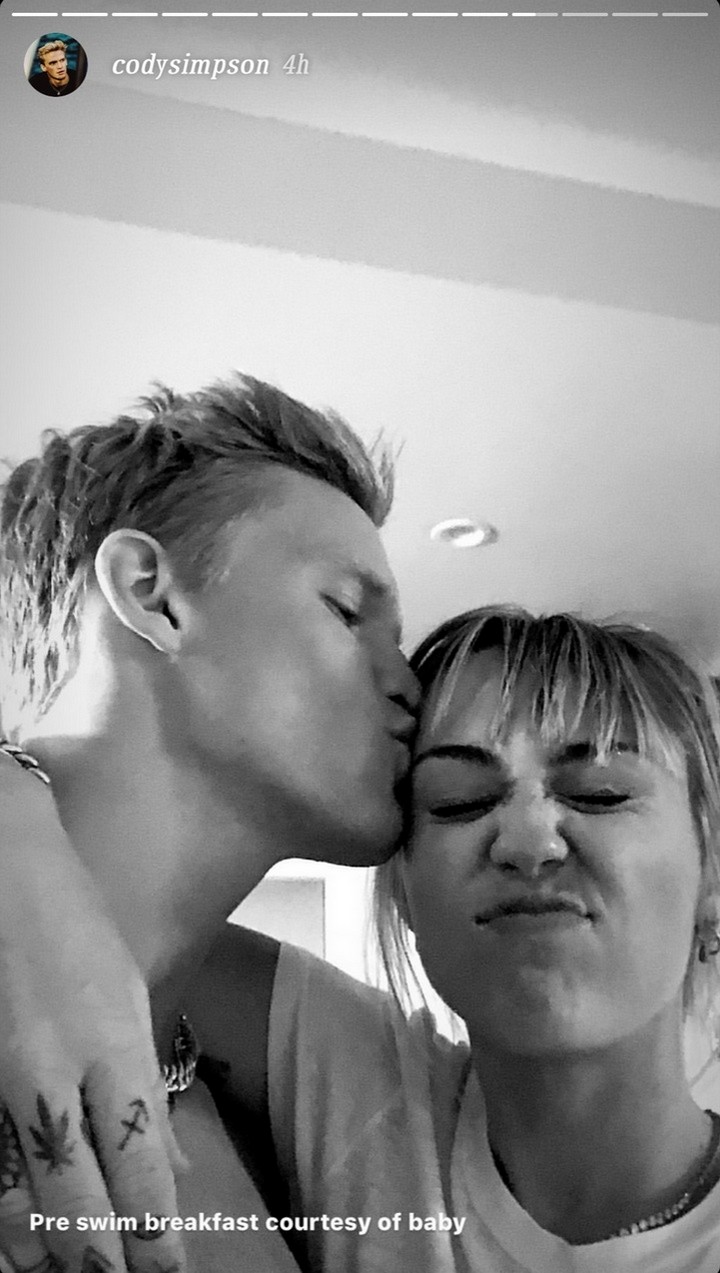 Meanwhile, runway beauty Kendall Jenner took to Twitter to give her support as she wrote, "I feel this! live your life girl [love emoji]."

Miley was annoyed over the name-calling amid the internet frenzy surrounding her love life. The "Wrecking Ball" singer wrote a lengthy note to defend herself against haters. "Men (especially successful ones) are RARELY sl*t shamed. They move on from one beautiful woman to the next MOST times without consequences. They are usually referenced as 'legends,' 'heart throbs,' 'G,' 'Ladies Man' etc…where women are called sl*ts/wh***s!" she posted.

Miley Cyrus and Cody Simpson were first spotted making out on Thursday, October 3. She confirmed her hookup with the Australian hunk by re-posting the paparazzi video on her Instagram Story with caption, "Can a girl not get a f***ing acai bowl and a morning make out session in peace?!?!" She added, "lol sneaky a**."

Miley, 26, split from then-husband Liam Hemsworth, 29, in August after less than a year of marriage. Before hooking up with 22-year-old Cody, Miley who identified herself as queer had a fling with Brody Jenner's ex Kaitlynn Carter.