Between midnight and 1 A.M. on July 28 morning, more than 10 tweets, including one that called for the release of jailed rapper YNW Melly, were posted on the 'Sin City' actress' account.

AceShowbiz - Jessica Alba has become the latest victim of a Twitter hack.

A prankster took over the actress' social media account on Sunday morning (July 28) and sent out a series of vile tweets under her name.

Some were racist and homophobic.

More than 10 tweets were sent out to Jessica's nine million followers between midnight and 1am before Alba regained control. 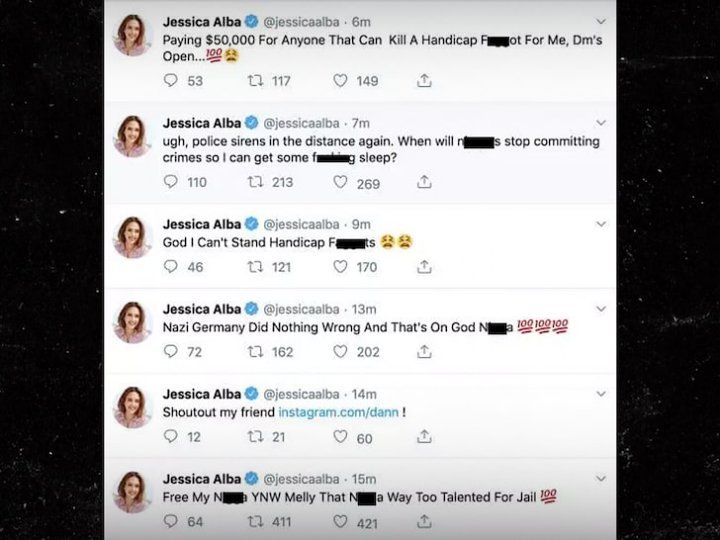 The identity of the hacker is not known, but in one tweet he or she called for the release of jailed rapper YNW Melly, who is awaiting trial for his alleged role in a double murder.

The "Sin City" star has not yet commented on the hack. She last tweeted on 20 July.