Robert Rodriguez ("Spy Kids," "Once Upon a Time in Mexico") and comic book icon Frank Miller co-direct "Sin City," based on the series of graphic novels created, written, and illustrated by Miller. "Sin City" is infested with criminals, crooked cops and sexy dames, some searching for vengeance, some for redemption and others, both. The film incorporates storylines from three of Miller's graphic novels including 'Sin City,' which launched the long-running, critically acclaimed series, as well as 'That Yellow Bastard' and 'The Big Fat Kill.'

Rodriguez, along with Miller, translated these legendary stories from page to screen by remaining absolutely faithful to the look, feel and dialogue of the books.

"Sin City" stars Bruce Willis as Hartigan, a cop with a bum ticker and a vow to protect stripper Nancy (Jessica Alba); Mickey Rourke as Marv, the outcast misanthrope on a mission to avenge the death of his one true love, Goldie (Jaime King), and Clive Owen as Dwight, the clandestine love of Shelley (Brittany Murphy), who spends his nights defending Gail (Rosario Dawson) and her Old Towne girls (Devon Aoki and Alexis Bledel) from Jackie Boy (Benicio Del Toro), a dirty cop with a penchant for violence. 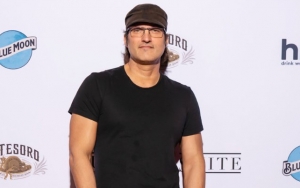