The Victoria's Secret Angel announces the happy news on the social media, sharing a photo of her cradling her baby bump along with a caption that reads, 'Christmas came early.'

AceShowbiz - Candice Swanepoel is expecting her second child with fiance and fellow model Hermann Nicoli. The 29-year-old Victoria's Secret Angel announced the exciting news on her Instagram account on Friday, December 15, sharing a photo of her cradling her baby bump in an off-the-shoulder green gown.

Candice and Hermann, a Brazilian male model, are already parents to a son named Anaca, who was born on October 5, 2016. The South African model and her fiance have been dating since they met in Paris when she was 17. The couple announced their engagement in August 2015.

News of Candice's second pregnancy comes just weeks after she walked in the 2017 Victoria's Secret Fashion Show held in November in Shanghai, China, where she donned lingerie sets and wings to mark her comeback since welcoming her son.

Months before the VS Fashion Show, the blonde stunner made a return to the lingerie brand's campaign in May when Anaca was 8 months old. She also took part in a sizzling, western-themed VS photoshoot in Aspen, Colorado last summer along with fellow Angels Sara Sampaio, Alessandra Ambrosio, Stella Maxwell, Jasmine Tookes, Elsa Hosk, Lily Aldridge, Taylor Hill and more.

In August, Candice, who already bounced back just three months after giving birth to her first son, revealed that she didn't feel the pressure to get back to her pre-baby body from anyone aside from herself after her "natural, no drugs" childbirth.

"I was actually surprised how quickly the body can go back. We're amazing creatures," she told PEOPLE. "Definitely [at] the three- [or] four-month mark, I was like, 'Oh, is it ever going back?' I just think [of] taking care of the baby. Breastfeeding also helps."

Speaking about the best part of motherhood, the model said, "Everything." She said of her son, "He's been so sweet and been so good. Everybody is like, 'You're so blessed with a good baby.' I feel like the next one will be a terror just to remind me." 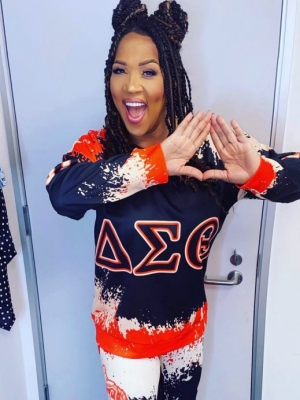