The 'Great Gatsby' actress makes her first red carpet appearance since giving birth to her second child at the Toronto International Film Festival to promote her new movie 'Mudbound'.

AceShowbiz - Carey Mulligan is now a mom of two! The 32-year-old actress has quietly welcomed her second child with husband Marcus Mumford. She made her first public appearance since giving birth to her second child when attending a cast dinner in support of her new film "Mudbound" at the Toronto International Film Festival on Monday, September 11.

The "Inside Llewyn Davis" star, who always keeps her personal life private, never announced her pregnancy, but she was spotted with a huge baby bump in London in June. Carey and Marcus have not confirmed the baby news, but she was noticeably bumpless when attending the cast dinner in a long, navy dress with puffed sleeves from Chanel's Fall-Winter Ready-to-Wear collection and a black Chanel belt. 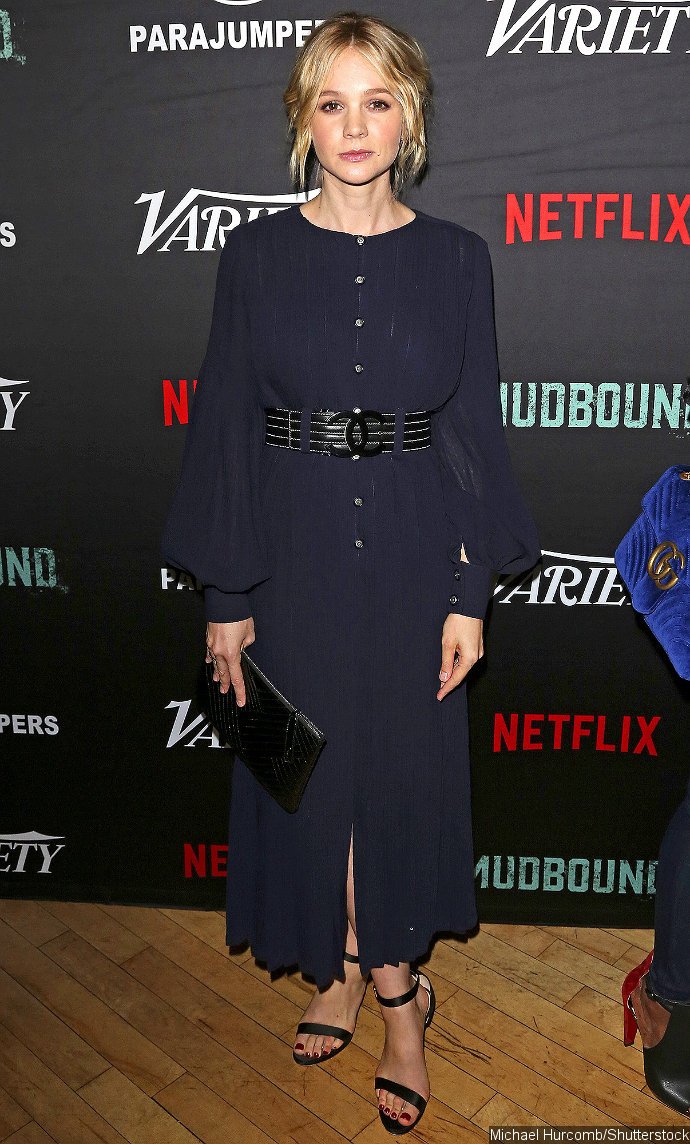 Ahead of the cast dinner, the BAFTA-winning actress attended a press conference for the movie earlier that day. When asked about being a mom of two, she told PEOPLE, "It's good, thank you!"

Carey was later spotted walking the red carpet at TIFF for the premiere of "Mudbound" on Tuesday. She wore a blue sleeveless dress and accessorized with the same black Chanel belt which once again highlighted her slim waist. 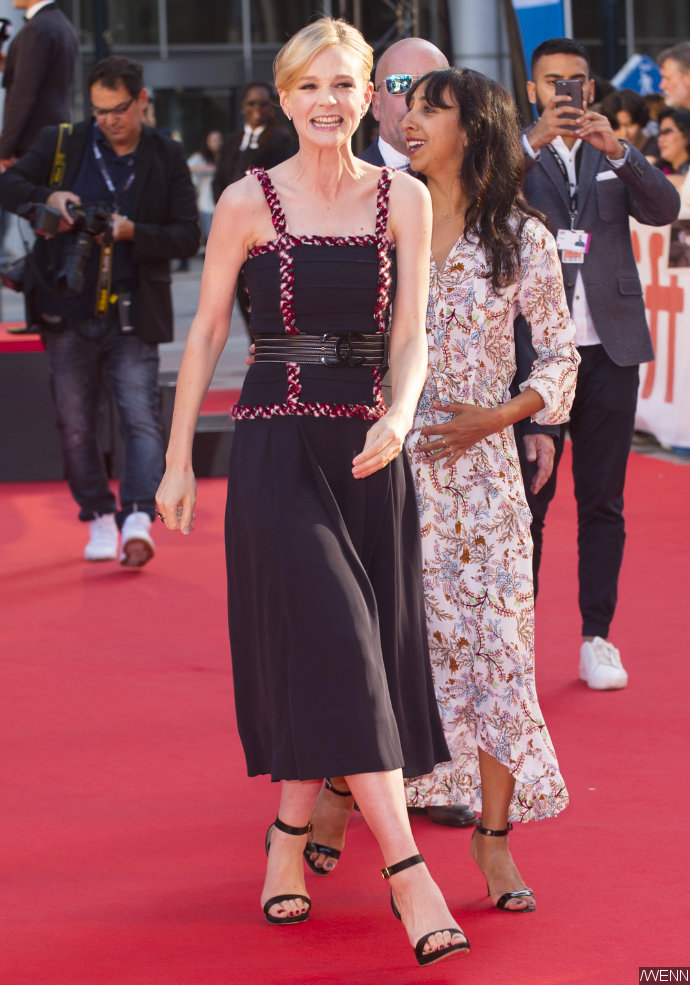 Carey and Marcus tied the knot in 2012. They were childhood pen pals who lost touch and reconnected as adults. They welcomed their first child, a daughter named Evelyn Grace Mumford, in September 2015.

Their pal Sienna Miller once dished on the couple's normal life despite their celebrity status. "They have chickens and a dog, and roasts and friends, jams by campfires. It's sort of idyllic," she said. "Marcus can headline Glastonbury and Carey can be nominated for however many Oscars, and then they come back to their farm, and they're in big woolly jumpers and funny hats, raising piglets. It's an amazing balance they've managed to strike."

Carey Mulligan Credits Motherhood for Giving Her Freedom From Critics