In a never-before-seen picture shared by the magazine, the Victoria's Secret Angel is soaking wet and leaves her shirt open to reveal a glimpse of her nipple.

AceShowbiz - Adriana Lima took part in a raunchy photo shoot for Love magazine 18 issue that was released last month. The publication just shared one of the outtakes on its official Instagram account, teasing how steamy the pictures that didn't make the cut in the final edition of the printed magazine.

In the never-before-seen image, the 36-year-old Brazilian model is soaking wet as she lies on the floor with water dripping on her body. She leaves her white button-up shirt unbuttoned, baring her toned abs and giving an eyeful of her breasts.

Her right nipple can be seen through the wet shirt that becomes see-through, while a part of her left nipple peeks from underneath her shirt. Sporting a red lipstick, she gives a seductive look at the camera while oozing mysterious vibe. 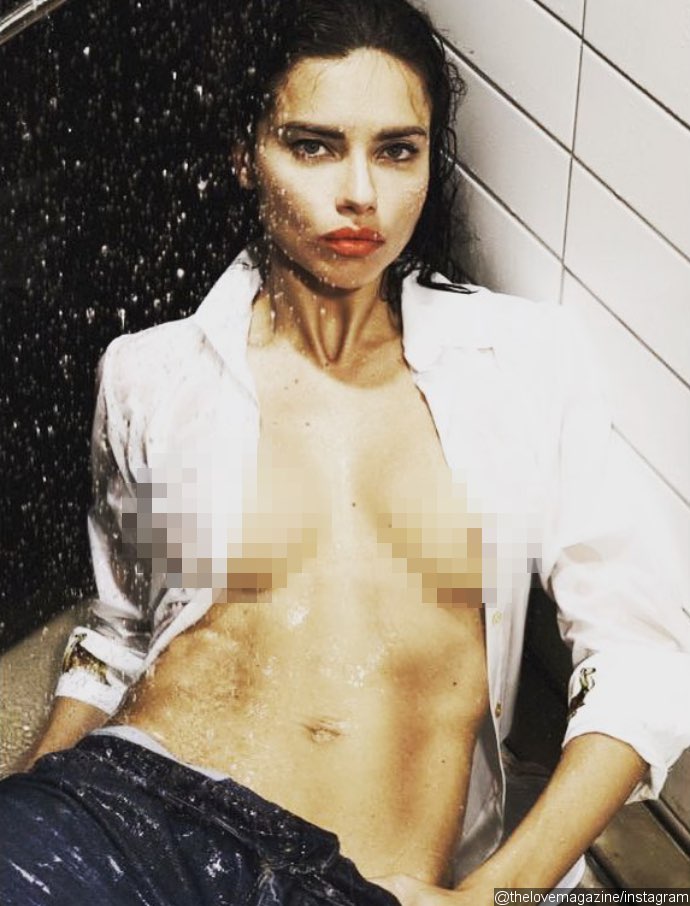 Adriana is currently preparing for the upcoming Victoria's Secret Fashion Show. She and fellow Victoria's Secret models like Candice Swanepoel and Martha Hunt were spotted stopping by the brand's office in New York for fittings on Monday, August 28.

Elsa Hosk, Lais Ribeiro and Sara Sampaio were among other models spotted at the fittings. In some pictures obtained by Just Jared, some of them left the building holding wings. The likes of Gigi Hadid and Bella Hadid have also confirmed their involvement in this year's show.

Her modeling career aside, Adriana has been dating Turkish writer Metin Hara. She and her boyfriend were flaunting their intimacy as they were spotted making out while having breakfast at a villa in Turkey on July 10.

Metin opened up with Daily Sabah about how their relationship began. "We met with Adriana in Istanbul in June," he said. "We realized that we have feelings for each other. Both of us are still getting to know one another."