The Victoria's Secret model was seen flaunting the gold band on her left ring finger during a solo outing in New York City earlier this week.

AceShowbiz - Is Gigi Hadid engaged to Zayn Malik? The Victoria's Secret model seemed to hint so when she stepped out in New York City earlier this week with a brand new ring on that finger. She made no attempt to hide the sparkler when spotted near her home.

During the outing, Gigi was photographed braving the cold weather in a distressed gray hoodie teamed with a black jacket and leggings. Rocking a high ponytail, she shielded her eyes with a pair of aviator shades and let the world see the gold band on her left ring finger as she held her phone. 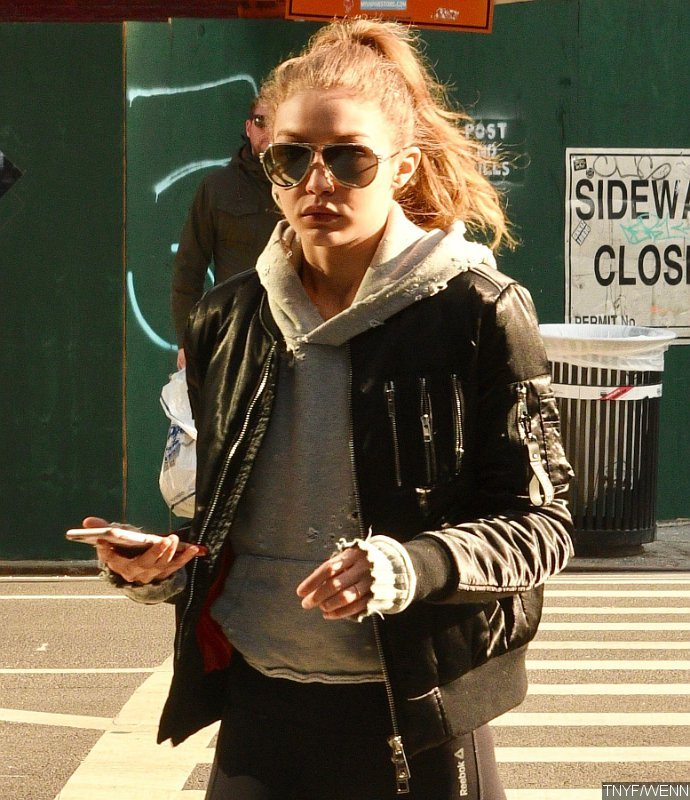 Gigi hasn't confirmed or denied the rumors. But the engagement speculations came just weeks after she was reported turning down Zayn's proposal because she didn't feel ready to tie the knot. Her mom Yolanda Hadid was reportedly another reason why she's not in a rush to get married.

"She's seen her mom [Yolanda Hadid] go through two messy divorces, so Gigi wants to make 100 percent sure Zayn's the one before she makes a lifetime commitment," the source told Life & Style at the time, referring to Yolanda's splits from Mohammed Hadid and musician David Foster.

Gigi and Zayn began dating in late 2015. Prior to romancing the model, Zayn was engaged to Little Mix's Perrie Edwards whom he dumped earlier that year. Gigi, meanwhile, was linked to pop stars like Cody Simpson and Joe Jonas.