The 69-year-old actress slammed the 'Society Cafe' director and said that she had 'nothing good to say about him' while appearing at a panel at the festival on Sunday, May 15

AceShowbiz - %cSusan Sarandon% blasted %cWoody Allen% at the Cannes Film Festival following claims that he sexually abused his stepdaughter. The 69-year-old actress believed that the director had "sexually assaulted" a child.

On Sunday, May 15 while appearing at a panel discussing women's issues in the film industry with her "Thelma and Louise" co-star %cGeena Davis%, Susan was asked about her opinion about Woody. "I think he sexually assaulted a child and I don't think that's right," Susan said. "I have nothing good to say about him. I don't want to go there."

Controversy about Woody's alleged sexual assault has been swirling at the festival since the opening night, when the director's film "Cafe Society" premiered. French comedian %cLaurent Lafitte% made a joke that seemed to be a reference to the allegations that Woody abused his daughter. "It's very nice that you've been shooting so many movies in Europe, even if you are not being convicted for rape in the U.S.," Laurent said. However, he has since clarified that the joke was misinterpreted, saying that he actually referred to Roman Polanski.

%cRonan Farrow%, the director's son with %cMia Farrow%, also wrote a column in The Hollywood Reporter, discussing his sister Dylan's allegations that Woody sexually abused her. In the article, Ronan criticized stars who continued to work with Woody as he compared the situation to %cBill Cosby%'s now-infamous sexual abuse allegations.

Woody then commented on his son's essay, admitting that he had yet to read it and he said he just wanted to focus on his work. "I never read anything. I never read what you say about me or the reviews of my film. I made the decision I think five years ago never to read a review of my movie," Woody told Variety. "Never read an interview. Never read anything, because you can easily become obsessed with yourself." 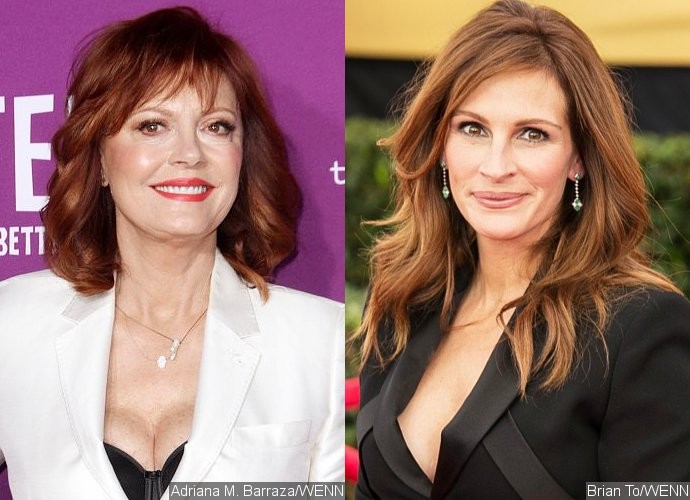