Pics: Vanessa Hudgens Hangs Out With Josh Hutcherson at Coachella

Also spotted in the Indio, California grounds for the first day of 2011 Coachella Valley Music and Arts Festival are Penn Badgley, Whitney Port, Jamie Chung and Alessandra Ambrosio among others.

AceShowbiz - Stars have been pouring into the Indio, California grounds on Friday, April 15 to enjoy the first day of 2011 Coachella Valley Music and Arts Festival. Among those making an appearance was Vanessa Hudgens. She was seen hanging out with her "Journey 2: The Mysterious Island" co-star Josh Hutcherson.

The "Beastly" beauty came to enjoy the music event, which boasted such performers as Cee-Lo Green, Kings of Leon, Lauryn Hill and The Chemical Brothers, with a group of friends. Hiding her head from the searing heat, she sported a pair of shades and donned a floppy hat she wore to the event last year.

Usher also came to the event to show his support to labelmate Miguel, who performed his debut "All I Want Is You". The "OMG" hitmaker wore a purple T-shirt, a pair of shorts and sneakers as he joined festivalgoers at the Empire Polo Club. When Rap-Up met up with him and Miguel, the latter gushed, "That's my big bro. He is one of the hardest working guys I know and [someone] that I look up to." 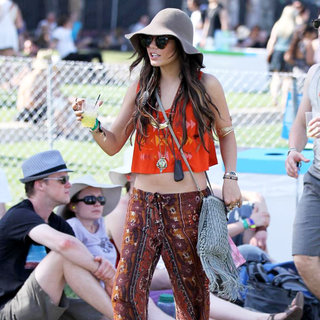 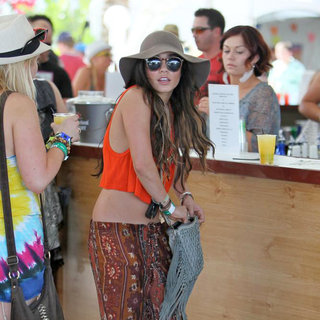 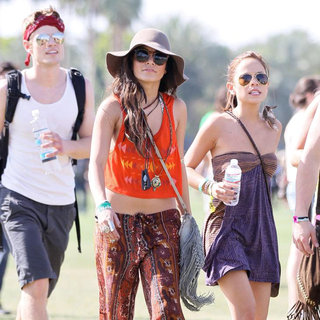 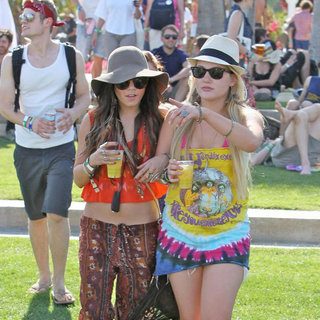 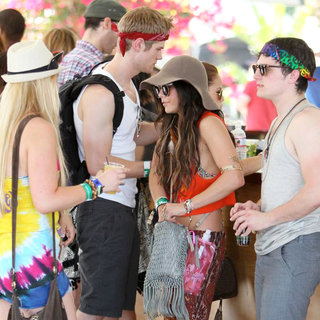 Vanessa Hudgens Gets Mistaken for Kylie Jenner Due to New Selfie