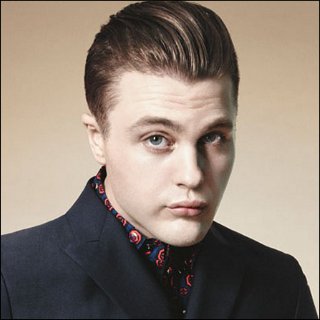 With his superb talent in bringing all the characters he played to life plus his fresh yet striking feature, Michael Carmen Pitt is sure a fine onscreen figure people hard to miss. Born on April 10, 1981 in West Orange, New Jersey as the youngest of four children in his family, Michael has nurtured his interest in acting from a very young age to finally fix his mind of becoming a professional actor at the age of 10. Relied on sufficient amount of money his supportive parents had gathered, he then boldly headed for New York City six years later to hone his craft at American Academy of Dramatic Arts while searched for some promising opportunities to begin his career. Within a short time, the teen had already landed a guest role in NBC's legal drama series "Law & Order" plus appearances in two indie features entitled "54" and "The Hi-Life", all by 1998.

Shifted to theater in 1999 through an off-Broadway production of "The Trestle at Pope Lick Creek", Michael successfully garnered critics' praise for his portrayal as Dalton, which consequently drew the attention of a casting agent who recommended him for a recurring part in popular TV series "Dawson Creek" (1998-2003). Thus given the role of football player Henry Parker in the show's third season, he amazingly managed to gain desirable buzz which provided him the access to join "Finding Forrester" (2000) alongside %cSean Connery% also %cAnna Paquin%. Not long after, there came an offer for a challenging turn of a trans-gendered rock star's lover in %cJohn Cameron Mitchell%'s "Hedwig and the Angry Inch" (2001) and it was this dramatic piece that finally brought the fair-haired guy to encounter his breakthrough, propelling him to the recognition he had long waited for.

Unmistakably received wide exposure afterwards, Michael satisfyingly made his way to go further in Hollywood as he earned the fourth billing in the high-profile "Murder by Numbers" (2002) which %cSandra Bullock% and %cRyan Gosling% also starred in. The picture's good result in the box-office certainly contributed highly in elevating his status, so it was not surprising when he subsequently found himself busily involved in a handful of big screen features, including "The Dreamers" (2003), "Wonderland" (2003), and "The Village" (2004). Next taking the lead in %cGus Van Sant%'s 2005 effort, "Last Days", things seemed to run pretty well indeed for this bluish green-eyed actor since he had more of his vehicles released in 2007, like "The Hawk Is Dying", "Delirious", and "Silk" followed by "Funny Games" and "Pinkville", both for 2008 releases.

Apart from his acting career, Michael also explored his potentiality in music with his band %cPagoda%, which already had their self-titled debut album launched on February 27, 2007 under Ecstatic Peace! banner. As for his love life, this striking hunk apparently did not find any difficulties in establishing romantic relationships for he had been spotted dating %cVirginie de Clausade%, %cAlexis Dziena%, %cJamie Botchert%, and most notably %cAsia Argento% whom he briefly engaged to for a few months in 2004.