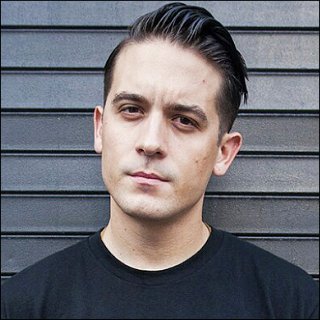 Born Gerald Earl Gillum on May 24, 1989, G-Eazy started his music career by working as a record producer when he was still a student at the Loyola University in New Orleans. At the same time, he joined a hip-hop group called The Bay Boyz and released several songs on the group's official Myspace page. Eazy started gaining popularity in 2010 when he was given the opportunity to work with well-known artists such as Lil Wayne and Snoop Dogg.

However, it was not until the release of his first mixtape "The Endless Summer" in 2011 that he gained a foothold in the music industry. The track "Runaround Sue", which featured "American Idol" contestant Devon Baldwin, became a hit and earned over 4 million views on YouTube. Also in the same year, he toured with Drake for some time, but had to cancel it after his professors threatened to fail him if he missed more classes.

After his graduation, he embarked on a nationwide tour with Shwayze in November. Eazy continued touring around America in 2012, performing at the annual "Vans Warped" tour in June and at the "Excellent Adventure" tour in July with Hoodie Allen. In September 2012, he released his first full-length album "Must Be Nice". The effort arrived at No. 3 on Billboard 200 chart and ruled R&B/Hip-Hop Albums chart. The album then received a gold certification after selling more than 250,000 copies.

In the following year, Eazy joined 2 Chainz as the opening acts for Lil Wayne's "America's Most Wanted" tour, where he performed the songs off his sophomore album "These Things Happen". The album was later released on June 23, 2014. Following the success of his debut album, "These Things Happen" peaked at No. 3 on Billboard's 200 chart and topped R&B/Hip-Hop Albums and Top Rap Albums charts. Four months later, he embarked on his first overseas tour in support of the album.

With the rise of his music career, Eazy has also been involved in the fashion industry, releasing a collaboration with Rare Panther in 2015. He was also named GQ Magazine's top 10 most stylish person at New York Fashion week. His third album, "When It's Dark Out", was released on December 4. The lead single off the album, "Me, Myself & I" featuring Bebe Rexha, earned a platinum certification. In support of the album, he embarked on his second world tour in the following year, traveling across United States, Europe and Australia.

Also in the same year, Eazy announced that he would be releasing a new mixtape titled "Endless Summer II", but he canceled it due to problems with clearing samples. To make it up for the fans, Eazy released a collaborative track with Britney Spears entitled "Make Me...". The track was included on Britney's ninth studio album "Glory". The two performed the track at the 2016 MTV Video Music Awards and at the 2016 iHeartRadio Music Festival.

After releasing an EP with Guatemalan DJ Carnage titled "Step Brothers" in March 2017, the rapper unveiled a collaborative track with Kehlani called "Good Life". The track served as the soundtrack for "The Fate of the Furious", the eighth installment of "Fast and Furious" film franchise.

While working on his next album, "The Beautiful & Damned", Eazy was hit with dating rumors. He was rumored to be dating fellow musician Halsey. The couple later confirmed the news by appearing together at the 2017 New York Fashion week. The album itself was released on December 15, 2017 along with a short film. Prior to that, the rapper was presented with Favorite Hip-Hop Artist Award at the 2017 MTV Europe Music Awards.