Lori Schiller also claims in a new interview that she is 'being blamed' for the former host of 'The Wendy Williams Show' being in rehab for 'overall health issues.'

AceShowbiz - Wendy Williams' financial advisor has opened up that she had to add extra protection as she's been receiving death threats. Lori Schiller claimed that she was forced to hire armed security to protect herself and her family.

Lori told Page Six in an article released on Friday, November 4 that she is a "prisoner in her own home." Lori further explained that she's been going "through hell" since the former host of "The Wendy Williams Show" publicly claimed she caned the Wells Fargo adviser.

"I have 24-hour armed police officers outside of my house kind of vetting everyone that comes to my front door. It's starting to affect my life. I'm a prisoner in my own home," she told the outlet, adding that her continued work on the account has been putting her family "at risk." She noted, "I'm kind of living in my own personal hell here."

Lori went on to add that despite Wendy's claims, she was never fired and is still the lead adviser on the account amid the former talk show host's lawsuit against the bank. She further shared she's been having "all positive" conversations with the 58-year-old star, with whom she was "very close" for 12 years.

Elsewhere during the interview, Lori revealed that Wells Fargo pursued the guardianship over Wendy because of a "pattern" of behavior that made issues "apparent." She explained, "Wells Fargo took the lead. I just don't think people understand the complexities of what goes on behind the scenes."

Lori went on to elaborate, "It's a really bad time for guardianships," alluding to Britney Spears' recent freedom from her own conservatorship. Lori then divulged that the guardian, who was appointed shortly after Wells Fargo's initial filing, serves as a conduit between Wendy and Wells Fargo, meaning "The Wendy Williams Experience" podcast host has access to her money that is meant to support her livelihood but the guardian will object to a request that appears to be from someone exerting "undue influence" over her.

During the candid chat, Lori claimed that she's "being blamed for her being in rehab." While Wendy, who was snapped yesterday back in her iconic purple chair, is doing "better than ever," Lori admitted that serving as both the bank's and Wendy's scapegoat has taken its toll.

"I do not want to leave Wells Fargo. I want to make it work," Lori shared. "I've given them 10 months of my life to come to my defense. They need to do the right thing. It's really more about my future career to grow my career from here, to set the record straight." 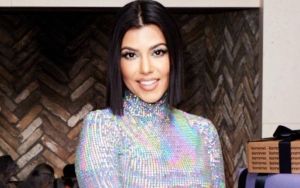 Kourtney Kardashian 'Finally' Gets Her Energy Back After Pausing IVF Treatment