Mary Cosby May Be Fired After Skipping 'RHOSLC' Season 2 Reunion

If a new report is to be believed, the 49-year-old TV star bails on the taping because she is scared of being grilled by fellow cast members over her controversies.

AceShowbiz - Viewers of "The Real Housewives of Salt Lake City" will not see Mary Cosby in the upcoming season 2 reunion. If a new report is to be believed, the TV star bailed on the taping which took place on Thursday, January 6.

According to Page Six, Mary made the decision because she was scared of being grilled over her controversies. "Mary did not attend the reunion," a source close to production shared on Friday. The source added that she "did not want to confront the controversy surrounding her this season."

The 49-year-old star was allegedly "terrified of getting grilled about her 'racist' comments made toward [Jennie Nguyen] and [Jen Shah]. She also did not want to discuss the accusations that she runs a cult."

After her absence on the reunion, it is most likely that Bravo will not ask her to be back for season 3, which production begins in the coming weeks. "Skipping out on the reunion is a big no-no for "Housewives", the insider shared.

"This was the kiss of death for Mary. She hardly has any alliances left in the cast, who hoped she would have shown up to the reunion to take accountability for her behavior and the allegations about her church," added the source.

Lisa Vanderpump also famously skipped a reunion. The "Vanderpump Rules" star, however, announced her exit from the show the day before the reunion's filming. 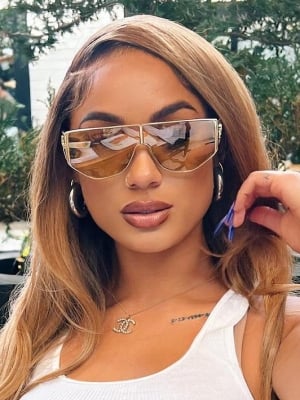