The 'X-Men: Apocalypse' actor and the 'Tomb Raider' actress, who confirmed they had officially tied the knot in October 2017, were first hit with pregnancy rumors last summer.

AceShowbiz - Michael Fassbender and Alicia Vikander may have quietly enjoyed their time as first-time parents during the lockdown. The couple sparked a speculation that they have welcomed their first child after the actor was seen with a baby, months after her pregnancy rumors.

On Monday, August 2, the Irish-German actor star was pictured cradling a baby while supporting his wife on the set of "Irma Vep" in Paris. In photos which have circulated online, he looked in good spirits as he walked around with the infant in his arms while watching Alicia working on the upcoming HBO series.

Michael was seen dressing casually in a pale brown T-shirt and gray pants teamed with matching gray sneakers. He was also seen wearing a black face mask at one point during the set visit. The baby in his arms, meanwhile, donned a white long-sleeve shirt and pale grey pants, but went barefoot. 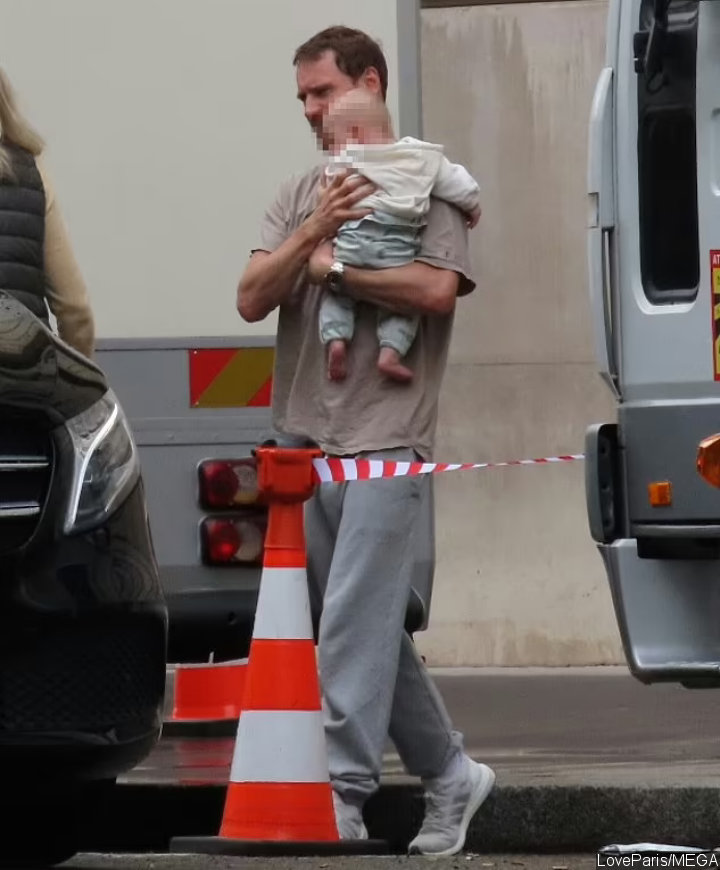 Michael Fassbender was spotted with a baby on the set of his wife Alicia Vikander's upcoming series.

Alicia was also spotted on the set, albeit separately from her husband. The Swedish beauty was seen wrapping herself in a white robe with minimum makeup. Her hair was styled in waves and half updo as she also wore white slippers.

Michael's sighting with the baby came more than a year after the couple was first hit with pregnancy rumors stemming from their picture during their vacation in Ibiza last summer. Later the speculation was fuelled with the couple's outing in Stockholm, during which the 32-year-old actress was wearing a loose sweatshirt that could barely cover her increased waist. They, however, never announced that they're expecting a child.

Michael and Alicia have been notoriously private about their personal lives. Meeting on the set of "The Light Between Oceans", they began dating in December 2014. The two married in a private ceremony on October 14, 2017 in Ibiza, Spain. They have since kept a low-profile while residing in Lisbon, Portugal.