Sharing an update on her 6-week-old's condition, the 'Stone Cold Sober' singer reveals that her newborn is 'finally out of the hospital' after being rushed in with an ear infection.

AceShowbiz - Paloma Faith could breathe a sigh of relief. On Sunday, April 4, the "Stone Cold Sober" singer shared a comforting update about her newborn daughter. Through an Instagram Story post, she revealed that her baby girl, who was admitted to the hospital two days earlier, has finally been discharged.

"Finally out of the hospital," declared the 39-year-old singer in her social media post. Despite the good news, she noted that her six-week-old still needed intensive treatment. "But she has to have iv meds every day for a week [pensive face emoji] Praying for a speedy recovery #hnsheroes #nhs #saveournhs," the singer penned. 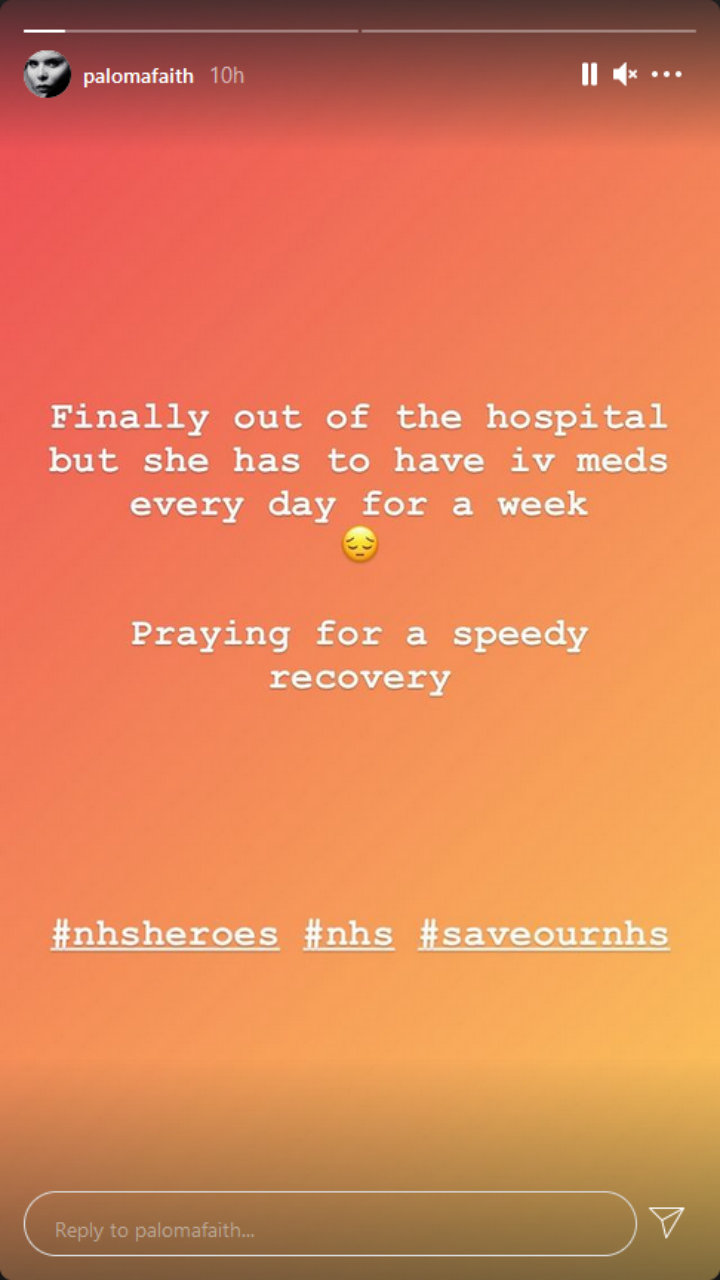 On Friday, April 2, "The Imaginarium of Doctor Parnassus" actress, who also has a four-year-old daughter with partner Leyman Lahcine, announced via Instagram that her baby daughter was being hospitalized for an infection. "Back in hospital with my new baby she has an infection of some kind and we have to stay in. B**ody sad she's so small and so sweet," she wrote.

Paloma gave birth to her second child on February 20, and has since offered fans a look at her motherhood journey. In a recent post on Instagram, she got candid about breastfeeding. "I breastfed my first child for 7 months exclusively," she dished. "Through mastitis and engorgement and tongue tie and reflux. This time I thought I don't want to mentally go to that place again, so I thought I would give bottles of pumped milk at night and boobs in the day."

"That way, if I got PPD or needed a night off I could let someone else do it. Then my baby (this one) was diagnosed with tongue tie and we had it snipped," she continued. "Then it grew back and I snipped it again. Now it’s gone, but she still gets frustrated at my breasts. I started to see that she would do one suck and expect milk like she gets with the bottle."

The "Only Love Can Hurt Like This" singer concluded her postpartum diary with acknowledgment over parenthood struggles. "I know in the long run we will find our happiness but some days it gets a bit sad. Mums are amazing whether you breast feed, pump or formula, but every choice you make seems to have a sacrifice," she penned. "Maybe that's the lesson of parenthood?!"