Responding to negative comments about people she follows on Instagram, the D.J Tanner of 'Fuller House' stresses that 'a follow does not mean an endorsement.'

AceShowbiz - Candace Cameron Bure is not letting anyone control who she can follow on social media. Having received negative comments about her Instagram following list, the actress portraying D.J Tanner on "Fuller House" set aside time to fire back at her "disappointed" fans.

The 44-year-old offered her clapbacks on Thursday, January 21. "I read several comments from people … that were disappointed or told me that they were unfollowing me because of the people I choose to follow on Instagram, and it's always strange to me because I follow a very broad range of people - politically, within my work industry and then personal friends and things I like," she began explaining via Instagram Story.

"A follow does not mean an endorsement. A follow does not mean I agree with everything they say and do," she continued stressing. "It just means I follow a broad range of people so that I have perspective. I want to know what's going on in the world, I want to hear different sides of the argument. I follow people in entertainment that I don't necessarily agree with or act the same way, but I want to hear what our society, what culture is dishing out."

Candace further noted, "You don't have to agree with everyone you follow. But if you choose to do that, guess what, you can and that's great." She then added, "But I choose to follow people that think like me and not like me. And I think that's the healthiest perspective. That's how I navigate social media."

"I follow left and right, but it doesn't make my blood boil," the mother of three additionally shared details of her political views. "I don't get angry at it. So maybe it's healthy for some of you not to follow people you disagree with. But it doesn't upset me - it just gives me perspective." 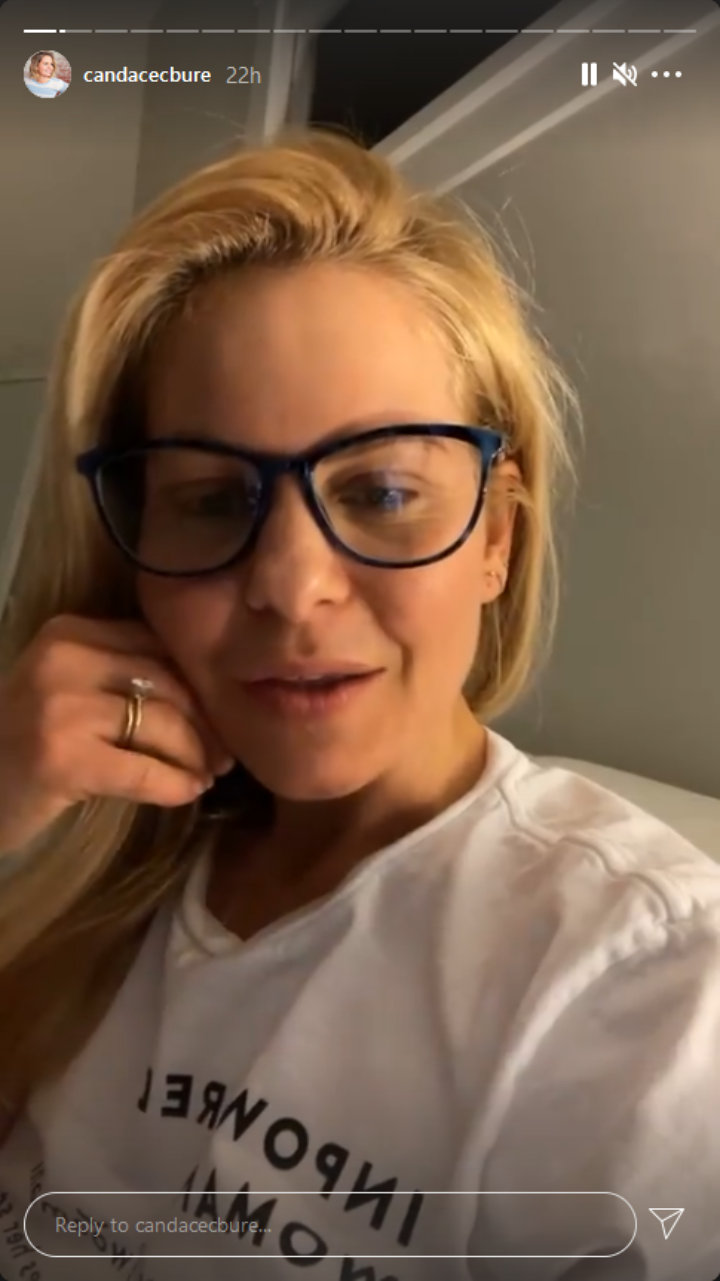 This is not the first time Candance defended herself from criticism. In early January, the "Dancing with the Stars" alum slammed haters who left "unkind comments" on her family's New Year greeting via a Facebook post.

"I posted my family Christmas photo and sadly, there were so many unkind comments," she pointed out. "Do you think it's funny to criticize someone's children? To make jokes about them? To critique our poses? The direction in which we are looking? Our physical appearance and facial expressions?"

"I wished blessings upon everyone as I shared it in the spirit of a happy new year, yet so many of you came back with jokes about our appearance and criticism of what you thought would have been a better photo. Shame on you," she raged. "It doesn't matter if you're 10 or 90 years old, rude is rude. Be better than that. I'm praying for humanity. Manners and respect. If you don't like something, just move on. There are people and real feelings behind every screen."

Candace Cameron Credits Pandemic for Her Strengthened Bond With Husband