A $5,000 reward is offered for info leading to the 'Key to the Streets' rapper's arrest for his alleged involvement in a shooting that left one man dead and another injured in December.

AceShowbiz - YFN Lucci is wanted on a murder charge in Atlanta. Atlanta police announced in a news release on Tuesday, January 12 that the rapper is named a suspect in a shootout that left one man dead and another injured in the southwest area of the city last month.

The 29-year-old, whose real name is Rayshawn Lamar Bennett, is wanted on murder, aggravated assault, participating in criminal street gang activity and a weapons charge. Atlanta authorities say they haven't been able to track down Lucci as of now.

Police are asking public to help locate the "Key to the Streets" hitmaker, who is signed to Think It's A Game (T.I.G.). A $5,000 reward has been offered for information leading to his arrest.

Two other suspects, 23-year-old Ra'von Boyd and 17-year-old Leroy Pitts, were arrested on similar charges in Miami for their alleged roles in the December 10 shooting.

According to the police report, James Adams, 28, was discovered with a gunshot wound to the head last month in the 900 block of Peeples Street and later died of his his injuries. A second gunshot victim, 32, arrived at a nearby fire station with a wound to the abdomen a short time later and survived. Police determined the shootings were related.

Police believe the shooting occurred in the 900 block of Dimmock Street and Adams' body was dropped off nearby. Officers found multiple shell casings at the scene.

This isn't the first time Lucci was involved in a gun-related incident. Back in September 2020, the rapper, who is rumored to be back together with Lil Wayne's daughter Reginae Carter, accidentally fired a gun during a video shoot.

The Atlanta native later said the gun was borrowed for the filming and the video director asked him to hold the gun for a scene, but he didn't realize it was real. "When I cocked it back, [director] GT's like, 'Nah, don't cock it back,' so it got stuck," he explained to VladTV. "I was aiming it at the ground and I just hit it. And I ain't think nothing was in it, but that s**t shot. And I said, 'Oh, that's why you said 'Don't cock it back.' ' "

YFN Lucci Isn't a 'Gang Member' Despite Being Indicted for Racketeering, Attorney Insists 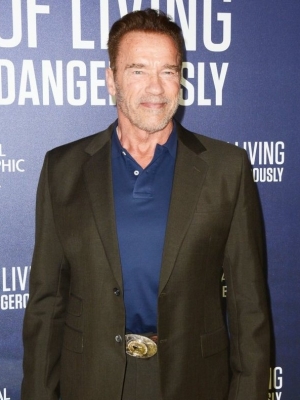