Carrie Underwood in Christmas Spirit Throughout 2020 for 'My Gift'

The country singer reveals in an interview that she headed into a winter wonderland-decorated studio over the summer to lay down her vocals for the hit album.

AceShowbiz - Country superstar Carrie Underwood has spent much of 2020 in the spirit of Christmas as she began working on her first holiday album at the start of the year.

The singer admits working on recording and promoting "My Gift" helped to take her mind off the coronavirus pandemic and the global shutdown - and she was glad for the festive distraction.

"I do feel like I've been living Christmas all year long," she said, revealing she headed into a winter wonderland-decorated studio over the summer to lay down her vocals.

"So I have been living in Christmas land all of 2020, which is a much better place than being in 2020 itself," Carrie laughed.

And getting to record a new version of "Little Drummer Boy" with her five-year-old son Isaiah was a really special moment she will always treasure - because she didn't expect the session to go so well.

"I didn't know how it was gonna work," Carrie confessed. "I'd asked him if he wanted to be a part of the Christmas album, just come sing a song with me, and I was like, 'I don't know if he'll be able to, he might get frustrated, or you know, be bored... he's five!'"

"So I kind of warned everybody, 'I'm not sure what we're gonna get, but even if we don't get anything, and he doesn't feel like doing it, at least I got to bring my kid to work with me, he gets to see what I do, because really I don't think he has that much of an idea of what my job is... It was all that I could have hoped for and more. We did have a wonderful day in the studio..."

"He sings his heart, he doesn't know any other way... it was just so pure and joyful and I was honoured to get to be in the room with him while he did that." 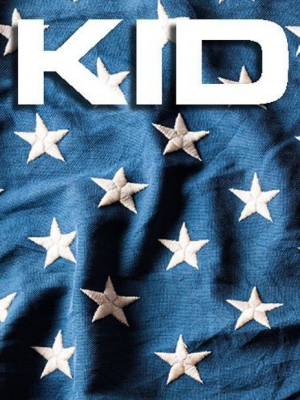