Reacting to the negative comments about her trademark black and lime-green locks, the 'Bad Guy' hitmaker lightheartedly threatens to not put sophomore album out if the teasing continues.

AceShowbiz - Billie Eilish has thrown in a perfect response to negative comments about her trademark hair. Having been poked fun at for her black and lime-green locks, the "Bad Guy" hitmaker promised her fans that she will treat them to a new era after the release of her upcoming documentary if they stopped teasing her over it.

The 19-year-old offered her clapback via clips she posted on Instagram Story on Monday, December 21. "OK, I have a fun story to tell you," she began the series of clips. "But first, f**k you guys. Stop making fun of me, oh my god! I'm f**king making you an album. I will not put it out if you keep making fun of my hair! Shut up!"

"I'm changing it after the doc comes out," the Grammy Award-winning artist promised. "It'll be the end of an era. I'm gonna give you a new era. I have announcements to make, I got some s**t to put out. Anyway, doesn't matter. Leave me alone. Let me live with my f**king hair that I've had for way too long. Okay? Shut the f**k up." 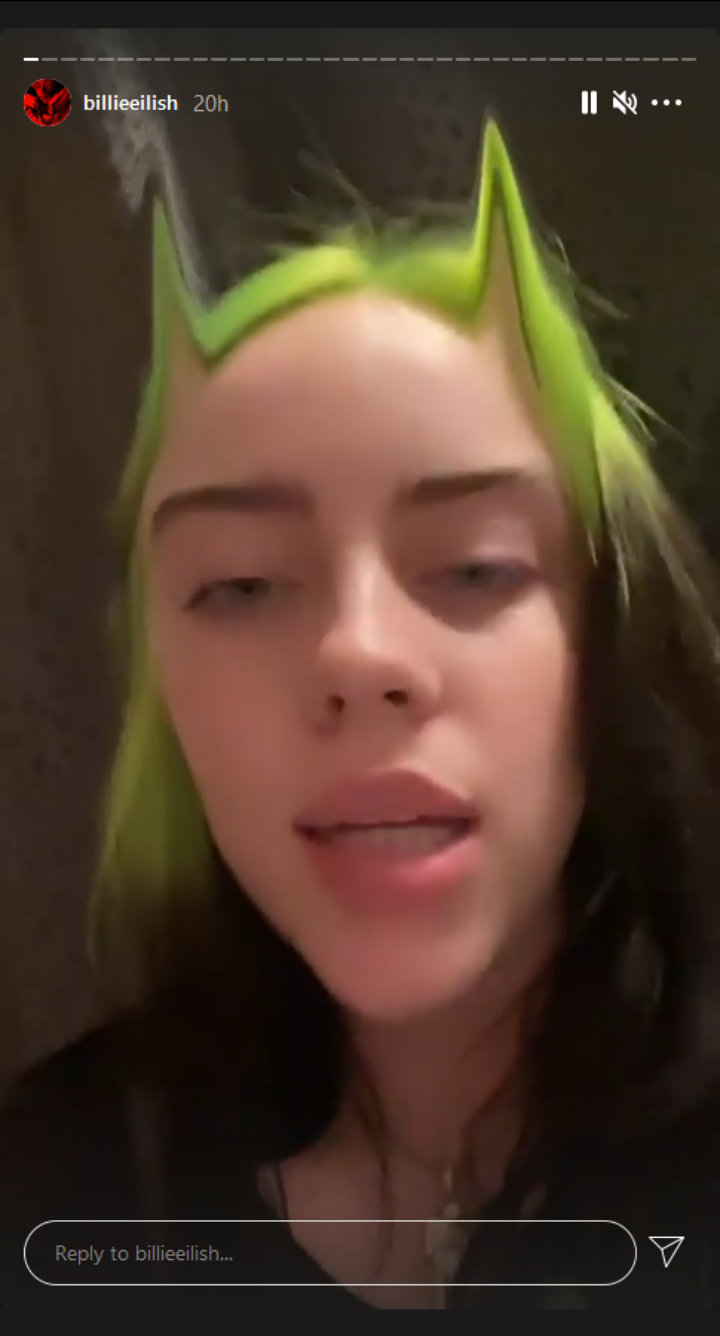 This is not the first time Billie reacted to her green hair diss. When a fan suggested that her "grass head needs a new color" in an Instagram post, the "No Time to Die" songstress replied, "it's called not being depressed anymore pls just be happy for me." She added in another comment, "This is the longest I've had the same hair color since I was 13 & that's on mental stability and growth, leave me alone." 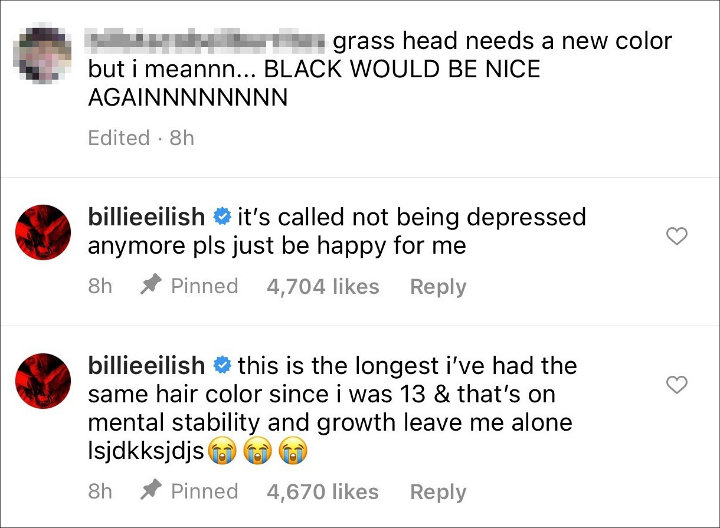 Billie Eilish responded to a fan suggesting her to change hair color.

Hair criticism aside, Billie already released the teaser of her upcoming documentary "Billie Eilish: The World's a Little Blurry" back in September. The film, which is directed by RJ Cutler, narrates her meteoric rise to fame and the huge success of her Grammy-winning debut album, "When We All Fall Asleep, Where Do We Go?".

The description in the teaser video noted, "The documentary film about Billie Eilish, titled 'Billie Eilish: The World's A Little Blurry' and directed by RJ Cutler, will be released in theaters and on Apple TV+ in February 2021."

Willow Smith Opens Up About Her Recent Experience of 'Extreme Anxiety'