The 'Beautiful Girls' hitmaker has been uncovered to have gotten in another trouble with the law for allegedly unpaid jewelry, and is facing up to 3 years behind bars.

AceShowbiz - Sean Kingston is seemingly unbothered by his latest trouble with the law. Amid reports that he has an arrest warrant in his name over an unpaid jeweler's tab, the "Beautiful Girls" hitmaker made use of his free time to flaunt the luxury goods around him.

On Thursday, December 17, the 30-year-old hip-hop star uploaded a series of clips on his Instagram Story page. One saw him showing off his mansion, another one displayed him offering a good look at his expensive watch, and a third one revealed a pair of Lambo SUV and Maybach being parked in the driveway. 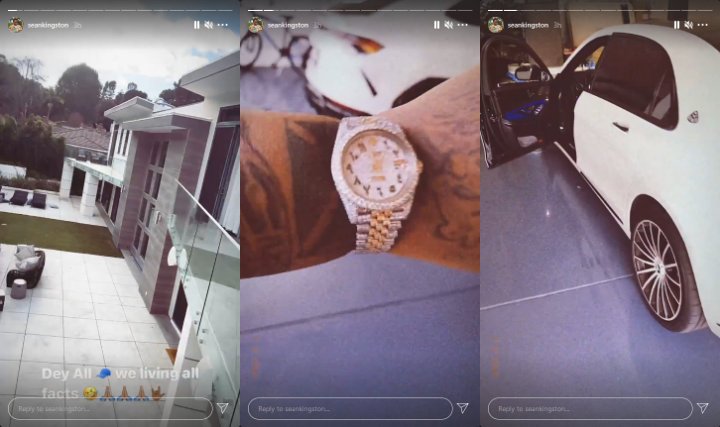 Appearing to be in good spirits, the "Eenie Meenie" rapper also belted out parts of "Beautiful Girls", "Take You There" and "Fire Burning" in several other posts. He wrapped up his mini-medley by telling viewers, "I guess your man is not a one-hit wonder if he's got 10 number one songs - he can do better!" 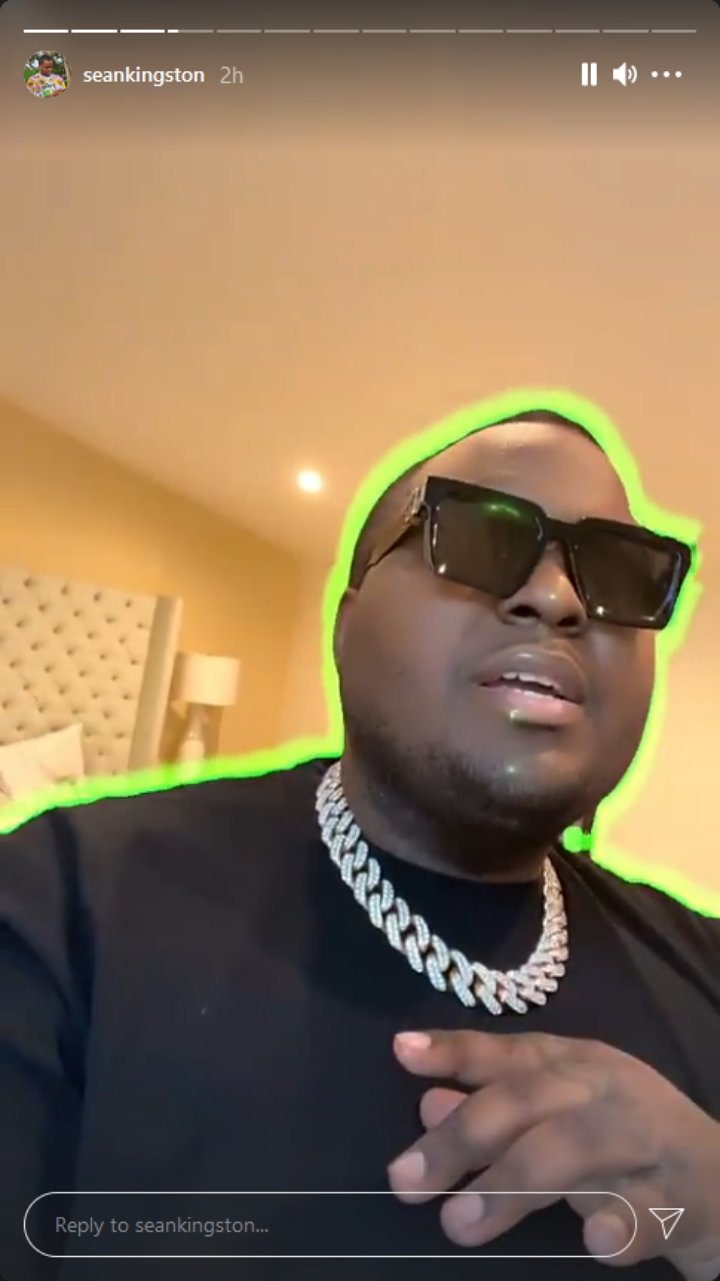 Sean Kingston shared online clips of him singing a medley of his songs.

In the meantime, report suggesting that an arrest warrant has been put out for Sean was first brought up by TMZ. Per the outlet, court records unveiled that the singer-songwriter has been charged with grand theft. It stemmed from a claim that he failed to pay for some jewelry that have been delivered to him.

It was further reported that law enforcement is not actively searching for him for the charge. However, should he get pulled over or detained by the police, the warrant will show up. He is facing up to 3 years behind bars if convicted, and his bail has allegedly been set at $45,000.

This was not Sean's first trouble in connection to unpaid jewelry. Back in 2016, he got sued by New York City jeweler Aqua Master for failing to pay for 9 pieces of jewelry, including two watches and two necklaces. The jeweler claimed that two of the checks the singer sent bounced back. Two years later, he was ordered by the city court to pay Aqua $301,500.

As for Sean's other trouble with the law, the reggae singer found himself briefly detained by Los Angeles police outside Dino's Chicken & Burgers eatery in February 2020. TMZ reported that it was prompted by reports of a man brandishing a gun. He was later released without charge after no firearm was found.

Sean Kingston Says Justin Bieber Got Him Into Lean