The 'Selling Sunset' star and the 'Dancing with the Stars' pro dancer have made their relationship Instagram official by posting photos of him giving her a kiss on the cheek.

AceShowbiz - Chrishell Stause wants the online world to relax a bit when it comes to her new romance with Keo Motsepe. Shortly after making public the news that she is dating the "Dancing with the Stars" pro dancer, the "Selling Sunset" star declared, "the internet has absolutely zero chill."

On Wednesday, December 2, the 39-year-old real estate agent went Instagram official with her new beau by posting a photo of him giving her a kiss on the cheek. "The internet has absolutely zero chill. So I guess you saw this already, but I'm just gonna leave this here," she wrote alongside the sweet picture.

Hours before Chrishell let out the post, her boyfriend Keo shared on Instagram Story a video of him calling her, "hi baby." The South African Native captioned the clip, "I will always make you smile @chrishell.stause." He also put out a snap that saw him kissing her hair on his Instagram feed with one red heart emoji in the caption. 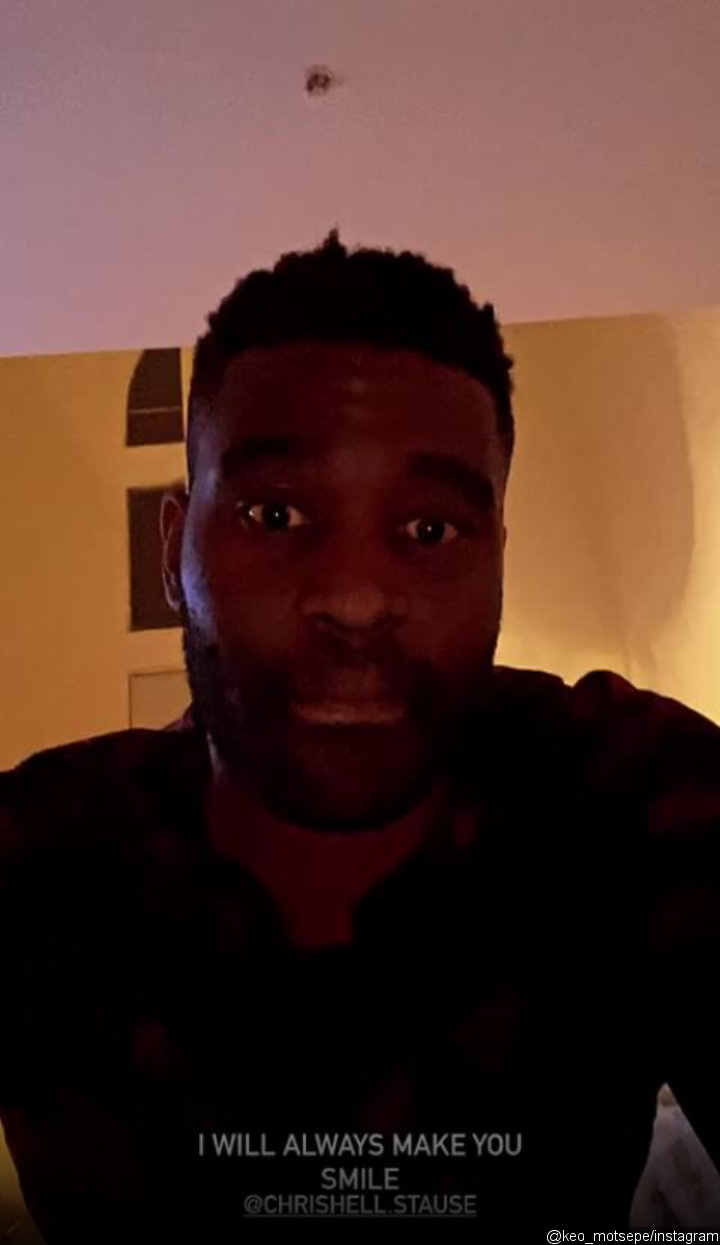 Keo's post was met with positive comments from his fellow "DWTS" pro dancers. One in particular was Glab Savchenko who exclaimed, "Love you guys!!!" Cheryl Burke gave away several heart-eyed emojis, while the dancing competition's judge Carrie Ann Inaba stated, "Well well well... so happy for you both."

Before Chrishell and Keo went public with their romance, the reality TV star was rumored to be dating her "DWTS" season 29 partner Gleb, who split from wife Elena Samodanova after 14 years of marriage. The pair was quick to individually shut down the swirling speculations.

"I am so saddened about the news of Gleb and Elena's split. It is unfortunate that this has caused rumors to swirl about my personal life. Having gone through a public split myself, I would not wish this on anyone," Chrishell clarified via Instagram Story.

Gleb himself released a statement via his representative that read, "My relationship with Chrishell was and remains strictly platonic. Our friendship during our season on DWTS was not the reason for our split."

Chrishell was previously married to Justin Hartley. However, the "This Is Us" star filed for divorce from her in November 2019. She claimed that she was informed of the divorce through text less than an hour before it made media headlines.