Showing off the custom two-layered cake via a short clip posted on his social media, the 'Unforgettable' rapper expresses his gratitude for 'all the bday love.'

AceShowbiz - French Montana is celebrating more than his birthday this November. The "Unforgettable" hitmaker turned 36 on Monday, November 9, and being one of many Americans overjoyed by Joe Biden and Kamala Harris' victory, he was treated to a custom cake commemorating the pair's election win.

On Tuesday, November 10, the American-Moroccan rapper shared a short Instagram video in which he showed off his birthday cake that was adorned with the photo of the President-elect and Vice President-elect. "NEW CHANGE IS BORN thank u for all the bday love #teamlifeafterlife #teamkamala," he wrote in the accompaniment of the clip.

Montana has also received a special tribute from his pal Drake. Via Instagram Story, his "No Stylist" collaborator let out a picture of them smiling while walking next to each other. "Happy Birthday splash wish I was there. Love for life @frenchmontana," the "God's Plan" rapper wrote over the snap which has since been reposted by Montana. 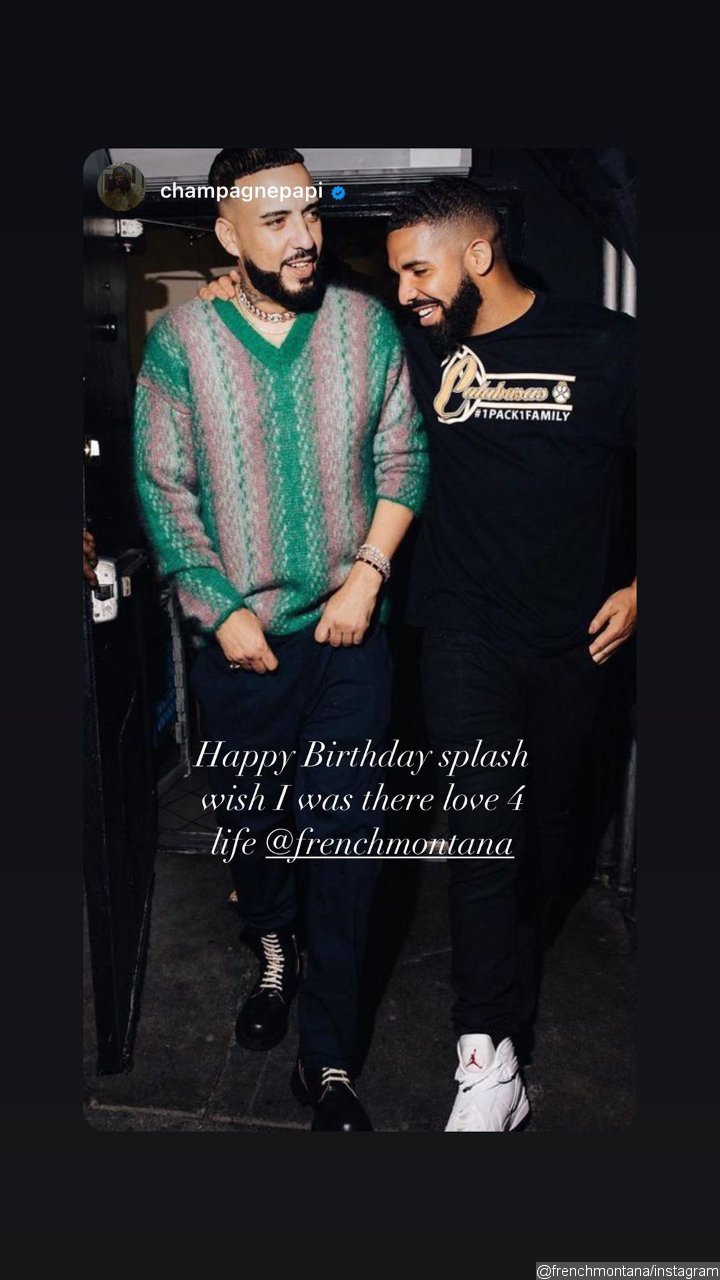 Before Biden and Harris were declared the winners of the 2020 presidential election, Montana did not hide that he did not support Donald Trump's politics. Back in 2018, the Coke Boys Records founder voiced his loathing at the President when asked about Kanye West's support for the businessman-turned-politician.

"I love Kanye, man. I guess he got an album coming out. That's my big brother, you know? That's family," he told TMZ at that time. "I could never go against him but I just don't respect somebody like [Trump] who deport so many people and hurt so many families."

Politics aside, Montana apparently has a lot to celebrate. Hours after sharing his birthday posts, he announced that the video of his collaboration with Benni the Butcher, "Wave Blues", has been released. Sharing its teaser, he notified fans, "WAVE BLUES. CHUNE N VIDEO OFFICIALLY OUT NOW @getbenny @arizonaslimbeats_ LINK IN BIO COKE BOYS 5 announcement tomorrow !! @harryfraud."

'The Voice' Recap: Battle Rounds Continue as One Singer Is Sent to Knockout